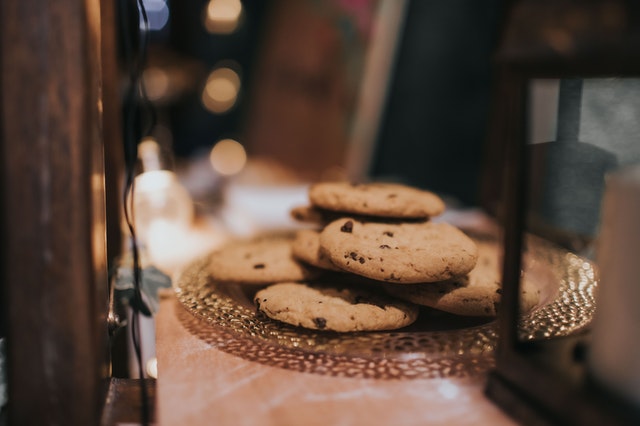 My daughter Alexandra and I are big afternoon tea fans. We’ve had afternoon tea in places as diverse as the National Portrait Gallery in London and the Prince of Wales Hotel in Niagara-on-the-Lake, Canada.

For us, afternoon tea is a huge treat, a real indulgence.

And so it should be. It’s drenched in tradition and adaptable for our times. And it is something quite special. We love selecting our flavour of tea from the choices presented. We love the beautiful fine china it’s served on, the ironed linen tablecloths and napkins. And most of all the mouth-watering arrangements of scones (always served with jam, butter and clotted cream), tea sandwiches, and tiny pastries.

When I was thinking up ideas for a new cozy mystery series to write for Kensington, the idea of a traditional afternoon tea room popped into my head.  I wanted to populate my book with characters who love tea as much as Alexandra and I do. My protagonist, Lily Roberts, is a trained pastry chef from New York City, but her grandmother, Rose Campbell, is an Englishwoman. When Rose was young she was a cook’s assistant in a grand manor house in Yorkshire. The Lady of the house loved entertaining at afternoon tea and Rose was taught to prepare it to perfection. Rose has handed that tradition down to Lily (Lily’s 16th birthday gift from her grandparents was a set of Royal Doulton Winthrop china), which Lily incorporates into her new Cape Cod tea room, Tea by the Sea.

In the first book in the series, Tea and Treachery, Lily is questioned by the police. She decides she might as well be comfortable.

I’d laid out a teapot and two place settings. Perhaps because I wanted to be surrounded by something pleasant when I talked to the police about death, I used  my personal set of Royal Doulton. I’d  taken some of tomorrow’s baking out of the pantry and arranged a proper setting for afternoon tea with scones, pistachio macarons, and slices of chocolate tart, and had put small bowls of strawberry jam and clotted cream on the table. Today’s flower arrangement, red roses in a thin glass vase, was still fresh.

Amy Redmond studied the table. She tried not to smile. “Is this a bribe, Ms. Roberts?”

“Call me Lily. I was preparing my own tea when I called you, so I thought you might want to join me. You can consider it a bribe, if you want.”

She sat down. “This looks lovely. Do you know, I don’t think I’ve ever had a proper afternoon tea.”

“Time to start, then.” I lifted the teapot and poured.

In the Tea by the Sea series I’ve included some recipes in each book. For book two, Murder in a Tea Cup, I decided to have a bake off, to decide which chocolate chip cookie recipe I like best. (Chocolate chip cookies aren’t normally part of afternoon tea fare, but Lily makes them for the children’s tea.)

Here’s the one I chose. This makes a very soft cookie.

Soft Chocolate Chip Cookies as Served at Tea by the Sea

In this charming new cozy mystery series from nationally bestselling author, Vicki Delany, a New York City expat-turned-Cape Cod tea shop owner must solve the murder of a local real estate developer to help her feisty grandmother out of a jam…

As the proud proprietor and head pastry chef of Tea by the Sea, a traditional English tearoom on the picturesque bluffs of Cape Cod, Roberts has her hands full, often literally. But nothing keeps her busier than steering her sassy grandmother, Rose, away from trouble. Rose operates the grand old Victorian B & B adjacent to Lily’s tea shop . . . for now. An aggressive real estate developer, Jack Ford, is pushing hard to rezone nearby land, with an eye toward building a sprawling golf resort, which would drive Rose and Lily out of business.

Tempers are already steaming, but things really get sticky when Ford is found dead at the foot of Rose’s property and the police think she had something to do with his dramatic demise. Lily can’t let her grandmother get burned by a false murder charge. So she starts her own investigation and discovers Ford’s been brewing bad blood all over town, from his jilted lover to his trophy wife to his shady business partners. Now, it’s down to Lily to stir up some clues, sift through the suspects, and uncover the real killer before Rose is left holding the tea bag.