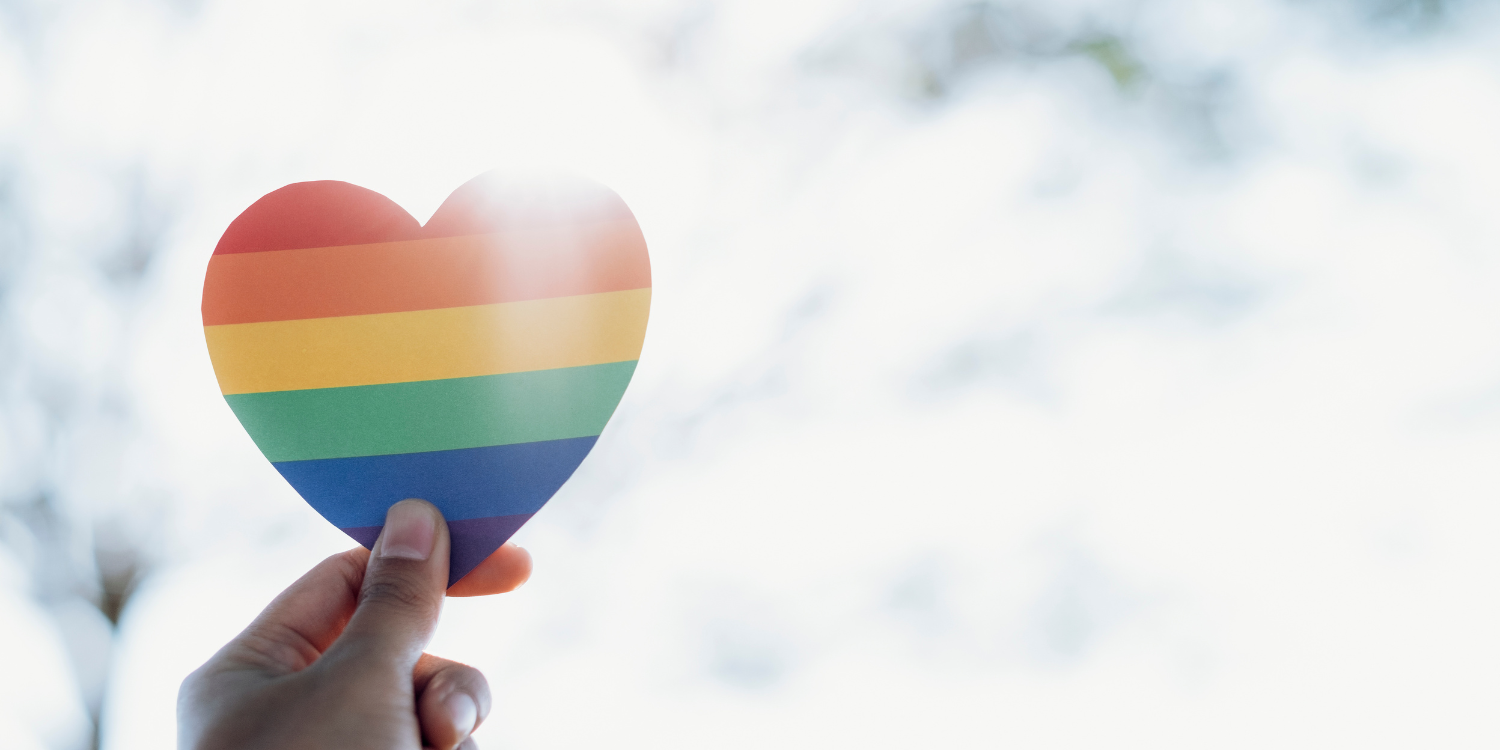 What is Courtney Kae reading? Check out the books she recommended to us for our #BookedForTheSummer June reading challenge. You’ll be booked all YEAR long with this list featuring featuring LGBTQ+ books and authors!

The Charm Offensive by Alison Cochrun

In this witty and heartwarming romantic comedy, an awkward tech wunderkind on a reality dating show goes off-script when sparks fly with his producer.

D’Vaughn and Kris Plan a Wedding by Chencia C. Higgins

A stint on reality TV is the perfect chance for Kris to elevate her brand and D’Vaughn Miller is just trying to break out of her shell. Together they must convince their friends and family they’re getting married in six weeks…even though their whole relationship is fake. Or is it?

From Bad to Cursed by Lana Harper

Opposites attract in this wickedly charming romcom by Lana Harper, author of Payback’s a Witch.

I Kissed a Girl by Jennet Alexander

Can an up-and-coming horror actress and the makeup artist for her newest “creature feature” turn on-set chemistry into the romance of a lifetime?

I’m So (Not) Over You and by Kosoko Jackson

A chance to rewrite their ending is worth the risk in this swoony romantic comedy from Kosoko Jackson.

The Intimacy Experiment by Rosie Danan

Naomi and Ethan will test the boundaries of love in this provocative romance from the author of the ground-breaking debut, The Roommate.

Love & Other Disasters by Anita Kelly

The first openly nonbinary contestant on America’s favorite cooking show falls for their clumsy competitor in this delicious romantic comedy debut “that is both fantastically fun and crack your heart wide open vulnerable.” (Rosie Danan, author of The Roommate)

Never Been Kissed by Timothy Janovsky

Wren Roland has never been kissed, but he wants that movie-perfect ending more than anything. Enter Derick Haverford, Wren’s #1 pre-coming-out-crush and his drive-in theater’s new social media intern. A special project that may just save the struggling drive-in for good could also maybe, finally, put Wren’s dream of a perfect-kiss-before-the-credits is within reach.

One Last Stop by Casey McQuiston

Casey McQuiston’s One Last Stop is a magical, sexy, big-hearted romance where the impossible becomes possible as August does everything in her power to save the girl lost in time.

Payback’s a Witch by Lana Harper

Chilling Adventures of Sabrina meets The L Word in this fresh, sizzling rom-com by Lana Harper.

A people-pleasing baker tries to find her place as a bridesmaid-for-hire. Will she finally find her happily ever after—and her own voice?

Radleigh University series by Dahlia Adler: Last Will and Testament, Right of First Refusal, and Out on Good Behavior

Join the students of Radleigh University as they explore the journey of growing up and falling in love.

As his mother and U.S. president kicks off her reelection bid, Alex finds himself hurtling into a secret relationship with British Prince Henry that could derail the campaign and upend two nations.

The Romantic Agenda by Claire Kann

Thirty, flirty, and asexual Joy is secretly in love with her best friend Malcolm, but she’s never been brave enough to say so. When he invites her on a weekend getaway, Joy decides it’s her last chance to show him exactly what he’s overlooking. But maybe Joy is the one missing something…or someone…and his name is Fox.

Something to Talk About by Meryl Wilsner

A showrunner and her assistant give the world something to talk about when they accidentally fuel a ridiculous rumor in this debut romance.

Offering a steamy, queer spin on the feel-good tropes of a Hallmark movie, this sweet, funny #OwnVoices rom-com is perfect for fans of Casey McQuiston and Alexandria Bellefleur!

A BUZZFEED MOST ANTICIPATED LGBTQ ROMANCE

“[The] second-chance, friends-to-lovers romance I was craving. Treat yourself to the beautiful magic of Courtney Kae’s writing!” – Ali Hazelwood, New York Times bestselling author of The Love Hypothesis

“The small-town winter romance of my dreams…The sapphic slow-burn love story is both gorgeously soft and steamy, the feelings will wreck you, and the laugh-out-loud moments will make you want to text entire paragraphs to your best friend.” – Lana Harper, New York Times bestselling author of Payback’s a Witch

Morgan Ross can plan world-class events, but she didn’t plan on returning to the hometown that broke her heart seven years ago—and re-discovering the girl of her dreams . . .

With her career as a Los Angeles event planner imploding after a tabloid blowup, Morgan Ross isn’t headed home for the holidays so much as in strategic retreat. Breathtaking mountain vistas, quirky townsfolk, and charming small businesses aside, her hometown of Fern Falls is built of one heartbreak on top of another . . .

Take her one-time best friend turned crush, Rachel Reed. The memory of their perfect, doomed first kiss is still fresh as new-fallen snow. Way fresher than the freezing mud Morgan ends up sprawled in on her very first day back, only to be hauled out via Rachel’s sexy new lumberjane muscles acquired from running her family tree farm.

When Morgan discovers that the Reeds’ struggling tree farm is the only thing standing between Fern Falls and corporate greed destroying the whole town’s livelihood, she decides she can put heartbreak aside to save the farm by planning her best fundraiser yet. She has all the inspiration for a spectacular event: delicious vanilla lattes, acoustic guitars under majestic pines, a cozy barn surrounded by brilliant stars. But she and Rachel will ABSOLUTELY NOT have a heartwarming holiday happy ending. That would be as unprofessional as it is unlikely. Right?