Founded in 1974, Kensington Publishing Corp. is located in New York City and is known as “America’s Independent Publisher.” It remains a multi-generational family business, with Steven Zacharius succeeding his father as Chairman, President and CEO, and Adam Zacharius as Vice-President and General Manager. As the foremost independent commercial publishing house in the United States providing hardcover, trade paperback, mass market, and digital releases, Kensington publishes the books that America wants to read.

2020 marks Kensington Publishing Corp’s 46th year in business, and it is one of the last remaining independent U.S. publisher of hardcover, trade and mass market paperback books. From the time our very first book (Appointment in Dallas by Hugh McDonald), became a bestseller, Kensington has been known as an astute and determined David-vs.-Goliath publisher of titles in the full spectrum of categories, from fiction and romance to health and nonfiction. In addition to the close to 500 new books, the company releases through its diverse imprints per year, it has a backlist of more than 5,000 titles. Kensington is considered a leader and innovator in such areas of publishing as African-American, cozy mysteries, westerns, and of course, romance.

Since its founding in 1974, Kensington has introduced the world to dozens of bestselling writers and developed countless marketing innovations while remaining steadfastly independent. The staff totals over 80 employees, many whom have been with us for over 30 years. Kensington boasts both a dedicated on-staff sales team as well as the full strength of Penguin Random House Publisher Services’ global sales force. The company can respond quickly to trends, to put books into the hands of readers faster than larger publishers can, and we support them with targeted promotional and marketing programs to generate reader excitement.

Kensington continues to be a full-range publisher large enough to command respect in the market, yet small enough to maintain author, reader, and retailer loyalty.

Letter from President and CEO 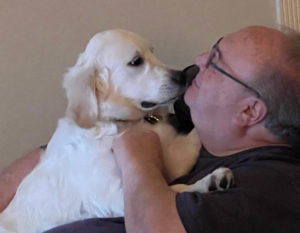 As Kensington Publishing continues into our fifth decade as an independent publisher, we, like the entire industry, have gone through tremendous changes since our founding by my father, Walter Zacharius, who unfortunately passed away in March, 2011.

Kensington remains the largest independent firm to publish in the paperback field. We started as a historical romance publisher in 1974 with an investment of $67,000. Since then we have grown in the number of people we employ, the number of books we publish, and the range of genres that our titles represent. Even as we continue to grow and evolve, we remain a family business. My son, Adam Zacharius, who had worked for us on the West Coast, moved to the New York office shortly after my father passed away and sits behind the desk my father used for his 35-plus years in the office. I believe we are the only third generation publishing company in the business.  Fortunately I have four grandchildren; so hopefully the trend will continue.

Some people ask why an author would choose to be published at Kensington instead of one of the larger companies. The answer is that although this is becoming a much more technologically based industry, we are still a “people” company. There isn’t another company where every author has the opportunity to meet and deal with everyone in the firm, including the top management team. We treat every writer as a part of our family.  That’s easy to claim, but ask any of our authors how they feel about us.

There’s something special and unique about being a family-owned business. It’s hard to put into words, but if you were to ask authors or employees, they could probably explain it better than I could.

I thank you for supporting our company, and I want you to know that I enjoy answering all of my email from readers and writers. I truly answer every email that I receive whether it be praise, criticism, or just general correspondence.

A lot of work goes into our website to make it user friendly, informative and enjoyable to readers. We have just gone through a complete update to the website and I hope you enjoy the new experience.