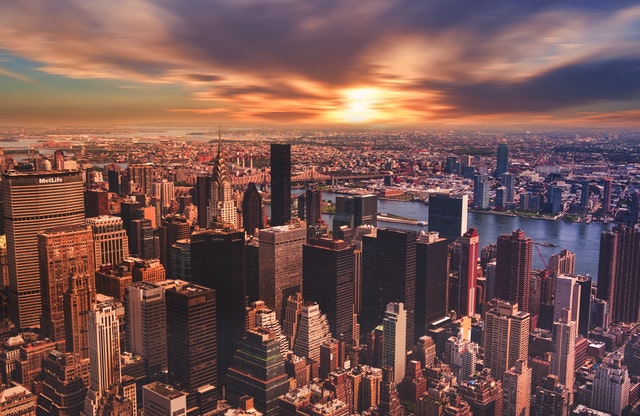 The germinal idea of a series starring a law enforcement negotiator was planted five years ago as I wrote Lone Wolf, the first book in the FBI K-9 series. FBI search-and-rescue handler Meg Jennings and her black lab Hawk were on the trail of a bomber who delivered his payload via drone, leaving chaos and tragedy behind with every attack. At one point, FBI teams close in on a potential suspect who has barricaded himself in his home with his family, and a negotiator is called in to mediate the standoff. The world of that character fascinated me—he was trying to end a situation peacefully while he was caught between FBI agents who wanted to storm the house and an armed suspect who was determined to protect himself and his family at all costs. Senior Special Agent Phillips appears in the book for only three pages but he made quite an impression on me as someone who was trying to be the lone voice of reason against all the hostile forces swirling around him.

Negotiators have a difficult job. Depending on the scenario, like Senior Special Agent Phillips, they stand between an armed suspect and the tactical team members who frequently see an armed incursion as the best way to resolve a standoff. However, often their job is more intimate, as when they try to talk a despairing jumper off a bridge, convincing them that they’re loved and there’s a reason to go on living. Law enforcement negotiators have to be intelligent, intuitive, patient, flexible, and often creative, as they have to outsmart and outthink the person on the other end of the phone or bullhorn. They also have to be resilient, as there are times when their cases do not conclude with everyone walking away. It’s a job that can take a toll on the men and women who put considerable time into a trying to bring a suspect and hostages out alive, only to see the situation spin out of their control, sometimes to tragic ends.

I’ve never enjoyed writing an anti-hero as my main protagonist. In a world where real-life is so often filled with shades of charcoal grey, I like to seed my novels with a thread of hope where the main characters, while nowhere close to perfect, are based in genuinely good intentions. They make mistakes, they have complicated pasts, they’re not shining ideals, but they honestly believe they work toward a greater good.

Enter Gemma Capello. I enjoy writing ensemble stories because as the series continues, both author and reader get to explore aspects of not only the main character, but the associated characters as well. To that end, I made Gemma part of a large Sicilian first responder family with her father an upper level Chief inside the NYPD, and all but one of her siblings in the NYPD in various positions from IAB to the gang squad (the remaining sibling joined the FDNY). Italian families tend to be close, especially ones in the same line of work, and it allows for significant interactions between siblings, as well as between father and daughter. They’re loud, loving, and involved in each other’s lives, possibly to a fault, but family is the thread that holds them together. And with them, the series.

I set the series in New York City for several reasons. The NYPD Hostage Negotiation team is one of the busiest units in the department, handling more cases in a month than most divisions handle in an entire year.  It’s a big, vibrant city with a large population where there’s always something happening. But another aspect of the city that interested me is its history. I find history fascinating and love to find ways to weave it into my story telling. In Exit Strategy, there are numerous historic locations—from City Hall, which opened in 1802; to the City Hall Subway Station, christened in 1904; to Little Italy, which became an Italian enclave in the 1880s; to Old St. Patrick’s Cathedral, built between 1809 and 1815. This history adds an extra layer of flavor onto an already fascinating city, making it a character in its own right.

Put it all together—characters, family, the department, and the city—and the NYPD Negotiators takes form. I hope you will enjoy meeting Gemma and her family as much as I enjoy writing them!

In this taut new suspense series featuring NYPD detective Gemma Capello and her close-knit law enforcement family, a madman brings a halt to the heart of the city that never sleeps . . .

After her mother’s death during a bank robbery when she was a child, Gemma Capello grew up to become one of the NYPD’s elite hostage negotiators. In a family of cops, there’s rarely a day when a Capello isn’t facing down some form of threat. Still, despite their unpredictable schedules, they always find time for their annual family summer picnic. But this year, a sudden phone call changes everything.

A heavily armed gunman has taken hostages at City Hall. Gemma races downtown to join the rest of the Hostage Negotiation Team as they scramble to identify the captives—fearing the mayor may be among them. But as they search for answers and struggle to gain control of the circumstances, it becomes clear that the mayor is at the center of it all, just not in the way they initially believed.

With several lives on the line and a criminal who always seems to be one step ahead, Gemma is the only one able to connect with the suspect. Soon, she finds herself engaging in a battle of wits while enduring a battle of egos in the command center. With time running out and a mastermind who has proven he’ll do whatever it takes to get what he wants, Gemma risks it all—her career and her life—in a last-ditch effort to save the hostages. Now, she needs to figure out how to save herself . . .

Who knew we could swoon over a two sentence romanc