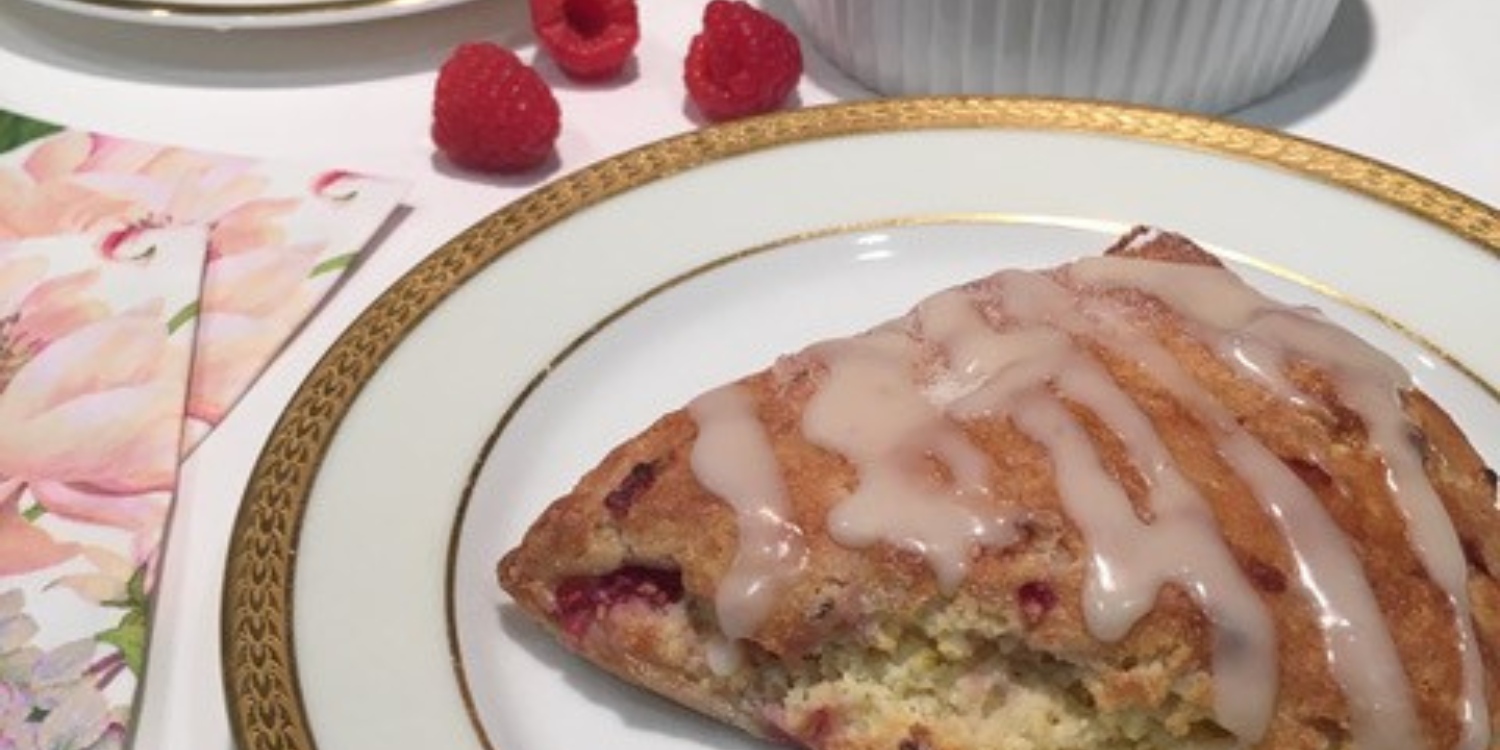 At Open Your Imagination, the fairy garden shop in the Fairy Garden Mysteries, Courtney Kelly puts on weekend teas on the patio. The teas often feature a book club read. They always include soothing music and a chance to browse the shop’s wares.  Courtney asks her friend and ace baker, Yvanna Acebo, to provide the tasty treats.  Yvanna regularly works at Sweet Treats, another shop in the Cypress and Ivy Courtyard in Carmel-by-the-Sea. Yvanna is adept at making baked goods using regular flour as well as gluten-free flour. She wants to make sure all her customers are satisfied.  What I love about these tea at Open Your Imagination is that Courtney and Fiona, her sleuth fairy sidekick, often learn important clues at them. I also love that my readers can find many of the recipes included at the end of the book.

One of Yvanna’s tips for these scones is that you use really fresh lemons. An older lemon doesn’t provide the same amount of flavor or zest. Also, she says the gluten-free version will become “tougher” in a day, so eat them quickly…or the best way to bring them back to life is to zap them on medium-high in the microwave for about 12-15 seconds. Like magic, the moisture reappears.

From Agatha Award-winning author Daryl Wood Gerber, the third in an enchantingly whimsical series featuring Courtney Kelly, the owner of a fairy-gardening and tea shop in Carmel, California. It’s a special place brimming with good vibes and the kind of magical assistance its proprietor will need to prepare for an old sorority sister’s birthday bash awhile solving a puzzling murder!

Courtney has thrown a few fairy garden parties—for kids. But if a local socialite is willing to dip into her trust fund for an old sorority sister’s fortieth birthday bash, Courtney will be there with bells on. To make the job even more appealing, a famous actress, Farrah Lawson, is flying in for the occasion, and there’s nothing like a celebrity cameo to raise a business’s profile.

Now Courtney has less than two weeks to paint a mural, hang up tinkling windchimes, plan party games, and conjure up all the details. While she works her magic, the hostess and her girlfriends head off for an indulgent spa day—which leads to a fateful facial for Farrah, followed by her mysterious death. Could the kindhearted eyebrow waxer who Farrah berated in public really be the killer, as the police suspect? Courtney thinks otherwise, and with the help of her imaginative sleuth fairy, sets out to dig up the truth behind this puzzling murder . . .