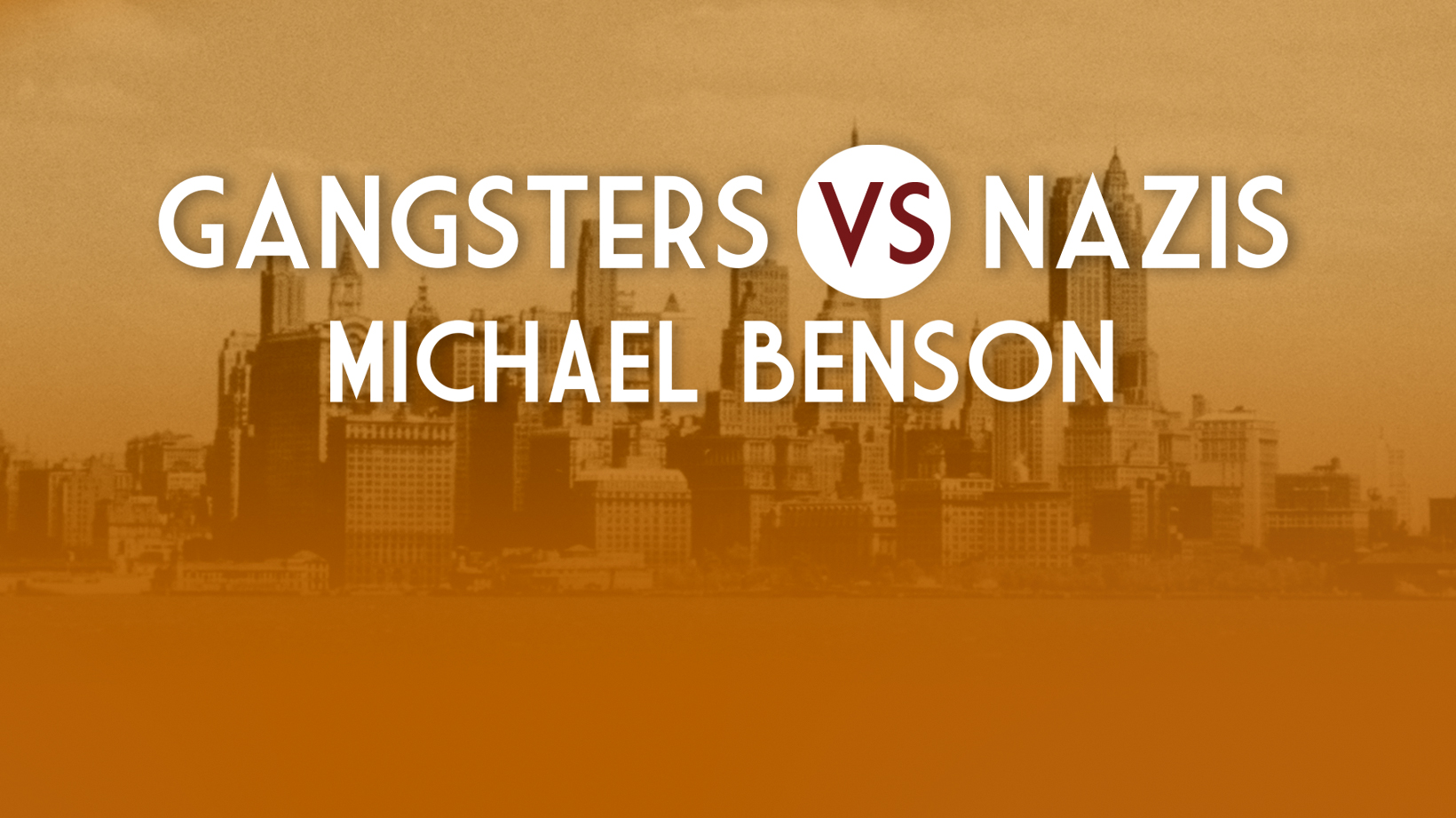 The catalyst for the Gangsters vs Nazis battles in America during the Great Depression was an ex-Congressman and New York judge named Nathan David Perlman. A man who had studied law and justice was willing to break the law to achieve justice. He chose Jewish gangsters as his soldiers because they were not afraid to break the law, understood the threat that Nazi hate-speech represented, and were familiar with hurting people for a cause.

Jewish gangsters were a powerful force within organized crime during the Depression. Italian mobsters got most of the press, but Meyer Lansky, Mickey Cohen, Bugsy Siegel, etc., who fought Nazis, were powerful Jewish criminals.

The U.S.’s number-one anti-Semite in 1938 was a Catholic priest! He was Father Charles Coughlin and he had a syndicated radio show that ran across the nation on Sunday afternoons, during which he’d praise Jesus and Hitler, and preach that Jews were all communists who needed to be “removed” from American society.

The pro-Hitler German-American Bund portrayed itself as a pro-American organization. At rallies, the American flag always hung next to the swastika flags and a portrait of George Washington was placed next to the picture of Hitler. In the short-term the Bund wanted to unify its members into a voting bloc that could elect like-minded individuals. In the long-term, they wanted to transform America into a carbon copy of Nazi Germany.

Judge Perlman’s anti-Nazi campaign ended up helping the war effort during WWII. Lists of Nazi sympathizers compiled during the domestic battle were used to weed out potential saboteurs from defense jobs shipbuilding and in manufacturing plants.

As Adolph Hitler rose to power in 1930s Germany, a growing wave of fascism began to take root on American soil. Nazi activists started to gather in major American cities, and by 1933, there were more than one-hundred anti-Semitic groups operating openly in the United States. Few Americans dared to speak out or fight back—until an organized resistance of notorious mobsters waged their own personal war against the Nazis in their midst. Gangland-style…

In this thrilling blow-by-blow account, acclaimed crime writer Michael Benson uncovers the shocking truth about the insidious rise of Nazism in America—and the Jewish mobsters who stomped it out. Learn about:

* Nazi Town, USA: How one Long Island community named a street after Hitler, decorated buildings with swastikas, and set up a camp to teach US citizens how to goosestep.

* Meyer Lansky and Murder Inc.: How a Jewish mob accountant led fifteen goons on a joint family mission to bust heads at a Brown Shirt rally in Manhattan.

* Fritz Kuhn, “The Vest-Pocket Hitler”: How a German immigrant spread Nazi propaganda through the American Bund in New York City—with 70 branches across the US.

* Newark Nazis vs The Minutemen: How a Jewish resistance group, led by a prize fighter and bootlegger for the mob, waged war on the Bund in the streets of Newark.

Packed with surprising, little-known facts, graphic details, and unforgettable personalities, Gangsters vs. Nazis chronicles the mob’s most ruthless tactics in taking down fascism—inspiring ordinary Americans to join them in their fight. The book culminates in one of the most infamous events of the pre-war era—the 1939 Nazi rally in Madison Square Garden—in which law-abiding citizens stood alongside hardened criminals to fight for the soul of a nation. This is the story of the mob that’s rarely told—and one of the most fascinating chapters in American history. And American organized crime.