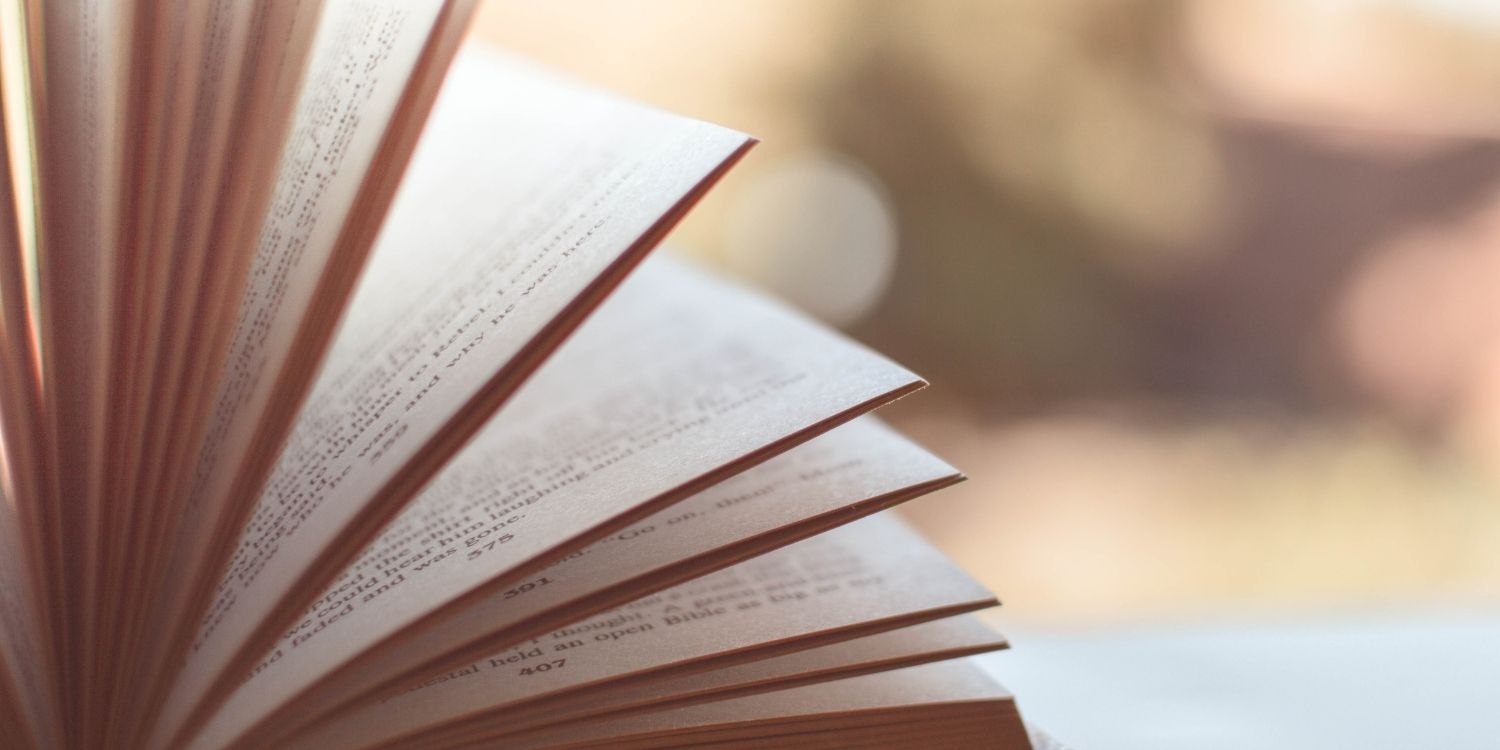 Here are just some of the gay-themed books and films I’ve loved. But, now that representation of queer lives is improving, I was spoilt for choice. So this is only a sample – and there are plenty more!

The Song of Achilles by Madeline Miller

This is probably my favorite book of all time. Written by Classics scholar Madeline Miller, it re-works the Greek mythology related in The Iliad, Homer’s epic account of the Trojan War. It hones in on the relationship between heroic warrior Achilles and his devoted companion Patroclus. Their relationship is never fully explained but Miller was so intrigued by the little that Homer did write that she decided to fill out the story herself – and she interprets their relationship as a gay romance. What she’s written is nothing short of magnificent. I’d even go as far as saying you’ll never read a more beautiful account of romantic, lustful, intimate love – gay or straight.

This is a film so good that once you’ve seen it you won’t be the same person you were beforehand. An epic romantic drama, it opens in 1963, when two cowboys Ennis del Mar (Heath Ledger) and Jack Twist (Jake Gyllenhaal) meet and fall in love whilst herding sheep one summer in Wyoming. But their love struggles to survive, battling not only the homophobic society in which they live but Ennis’s own resistance to his feelings. An extraordinarily accomplished piece of film-making by director Ang Lee, Brokeback Mountain is illuminated by a pair of revelatory central performances. Immensely powerful, I can still remember leaving the cinema feeling shaken to the core by its tragic ending.

I read this book after several people recommended it to me and was worried it wouldn’t live up to the expectation. But it did – and then exceeded it. It’s set on a university campus somewhere in the Mid West of America and follows black, gay science student Wallace as he negotiates the challenges thrown up by work, friendships and romantic relationships over the course of one very intense weekend. The book is beautifully written, brilliantly observed and expertly paced, and its emotions are drawn with a tenderness that took my breath away. I was rooting for Wallace so hard that I sometimes caught myself shouting my encouragement out loud. I feel like this book enriched me, that gave me a better understanding of humanity and made me a better person.

I Love You, Phillip Morris

I was surprised by how much I enjoyed this film. It stars Jim Carrey as charismatic conman Steven Russell, who begins the film with a respectable job, a wholesome Christian lifestyle and a loving wife and family. But then a car crash makes him realize he only has one chance to live his life – and celebrate his true sexuality as a gay man. The only problem is that his enthusiasm for his new gay life runs away with him and he becomes embroiled in a series of increasingly daring scams to finance it. But underneath the avalanche of untruths, one thing remains real – his sexuality and his love for Phillip Morris, a sensitive innocent he falls in love with during a stint in prison. Everything Steven does he does out of love for Phillip (played by an adorable Ewan McGregor). And the film’s premise that true love can only arise when we’re true to ourselves is particularly powerful for a gay audience.

The Adventures of Priscilla, Queen of the Desert

Priscilla is named after the battered old bus that transports three drag queens from the safety of their home in Syndey to perform a series of shows in Alice Springs. En route, they cackle at each other’s catty put-downs, shower themselves in sequins, and lip-sync along to gay anthems such as I Will Survive and Mamma Mia. As the film progresses we’re drawn into the characters’ stories and moved and surprised by all of them. As the queens totter their way through a series of adventures in the very straight and often bigoted outback, it isn’t just gay viewers who feel for them: a huge commercial success, Priscilla was one of first films to prove that the stories of gay characters don’t have to be niche but can have a much wider appeal.

My Policeman by Bethan Roberts

This novel tells the story of a female schoolteacher and a gay museum curator who both fall in love with a handsome policeman in 1950s Brighton, on the south coast of England. Silence and secrecy are the only ways through what becomes a complicated and very tense love triangle and an unspoken understanding sets in – until one of the trio cracks and their world is shattered. This terrific book is written from multiple points of view but has a consistent ring of authenticity. The characters are brilliantly drawn and the insights into the realities of gay life and a sham marriage in the 1950s are fascinating and very moving. Apparently, the film version has already been shot and is scheduled for release later this year. Make sure you read the book first!

Tom Hanks won the Oscar for Best Actor for his portrayal of Andy Beckett, a gay lawyer fired shortly after his employers discover he has AIDS. A true landmark in the history of gay cinema, part of the film’s impact was undoubtedly due to the fact that it represented the first time most people had seen the life of a gay man with AIDS portrayed on screen. But it also tells the story of Andy’s lawyer Joe (played by Denzel Washington), who overcomes his own homophobia after discovering a parallel with the prejudice he experiences as an African American. The two men join forces to sue Andy’s former employers for unfair dismissal and in a clever twist, Joe draws on his own feelings of homophobia to get inside the head of Andy’s former boss. But perhaps Philadelphia’s most powerful scene takes place outside the courtroom, when the two men attend a gay fancy dress party, gazing across the dance floor at each other as they move to the same slow beat in the arms of their very different partners. And the film’s tragic ending may be expected but it’s still hugely moving.

Set in Hollywood in the 50s, Gods and Monsters tells the story of Frankenstein director James Whale (a never better Ian McKellen) who since retirement has sunk into the life of a recluse, taking refuge from an industry that rejected him for his sexuality and sexual excess. Increasingly frail after a series of strokes, his loneliness is alleviated only by occasional visits from handsome young students, one of whom calls him a dirty old man after he encourages him to take off his clothes. When former marine Clayton Boone (played by Brendan Fraser) begins work as his gardener, Whale’s lechery goes into overdrive. Clay repels his advances but the pair become friends and, as Whale gradually opens up about his life, a series of flashbacks illustrate a story that takes in poverty, war, love, grief and repression. ‘I was an aberration,’ he says of his childhood in the North of England, ‘a freak of nature.’ It’s this same feeling which inspired his greatest creation, Frankenstein’s monster, but still makes him feel trapped – and longing for the release which only comes in the film’s shocking conclusion. Gods and Monsters is a thoughtful, intelligent film and it’s refreshing to see an older gay man’s story told on screen.

Set in 1950s suburban Conneticut, Far From Heaven stars Julianne Moore as Cathy, the proud wife of sales executive Frank, played by Dennis Quaid. But the couple’s perfect life is thrown into disarray when Cathy discovers that Frank has been leading a double life as a sexually active gay man. While both actors are outstanding, this is Moore’s film – and Cathy is the empathy figure throughout. So the scene where she walks in on Frank with a man is interesting to watch as a gay viewer as it provokes conflicting feelings. We’re excited for Frank but ultimately it’s Cathy we feel for – and the film explores her journey to come to terms with her husband’s gayness, not his. We’re with her all the way as she witnesses Frank progress from self-loathing to his first experience of love with a man for whom he’ll eventually leave her. And, as Cathy herself would say, this picture is ‘darling’.

This book tells the story of a young boy growing up different, quirky – and ultimately gay – in a family battered by poverty and alcoholism in 1980s Glasgow, Scotland. The evocation of time and place is magnificent and the character of the mother one of the most wonderfully drawn – and most affecting – I’ve ever read. In the hands of another writer, the setting and subject matter could have made for a bleak read. But Douglas Stuart tackles Shuggie Bain with such style and sensitivity that it has a strange, unexpected beauty. Yes, it’s harrowing but it’s so teeming with life, emotion and authenticity that it left me feeling quite stirred and even uplifted. I was stunned by its brilliance! And the follow up, Young Mungo, is published this June; I was lucky enough to be sent an advance reading copy and was shocked to find it’s even better!

In a humorous, charmingly wise novel perfect for fans of Fredrik Backman and TJ Klune, the forced retirement of a shy, closeted postman in northern England creates the opportunity for him to track down his lost love, embrace his true self, connect with his community, and finally experience his life’s great adventure…

“This rollicking romance entrapped me! True in its detail and its scope, it is amusing yet heart-breaking.” —Ian McKellen

Albert Entwistle is a private man with a quiet, simple life in his northern England village. He lives alone with his cat Gracie. And he’s a postman. At least he was a postman until, three months before his sixty-fifth birthday, he receives a letter from the Royal Mail thanking him for decades of service and stating he is being forced into retirement.

At once, Albert’s sole connection with his world unravels. Every day as a mail carrier, he would make his way through the streets of his small English town, delivering letters and parcels and returning greetings with a quick wave and a “how do?”  Without the work that fills his days, what will be the point? He has no friends, family, or hobbies—just a past he never speaks of, and a lost love that fills him with regret.

And so, rather than continue his lonely existence, Albert forms a brave plan to start truly living. It’s finally time to be honest about who he is. To seek the happiness he’s always denied himself. And to find the courage to look for George, the man that, many years ago, he loved and lost—but has never forgotten. As he does, something extraordinary happens. Albert finds unlikely allies, new friends, and proves it’s never too late to live, to hope, and to love.