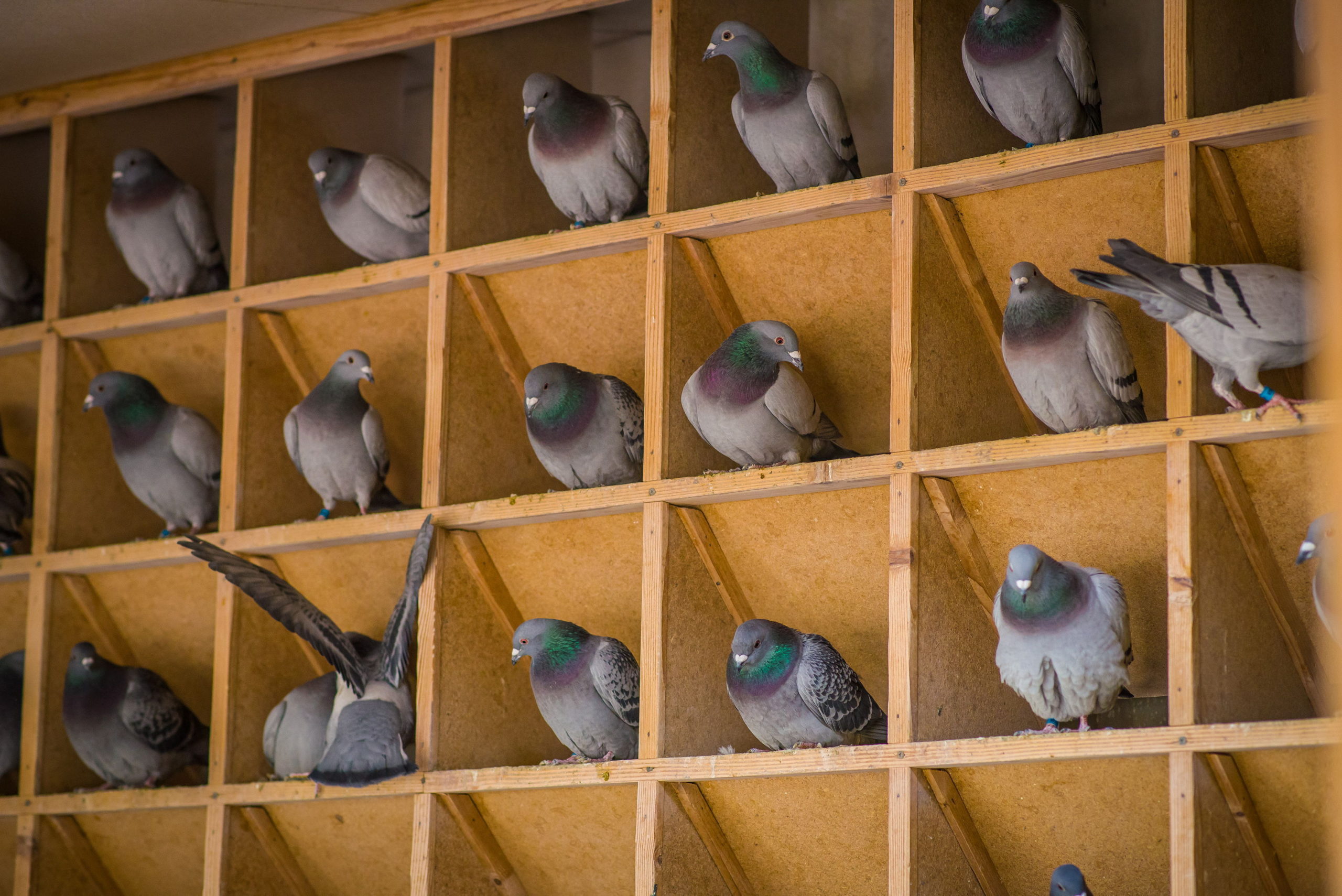 1. Pigeons have an innate ability to find their way home across hundreds of miles of unfamiliar territory. Studies have shown that they use a combination of visual, auricular, and olfactory cues to accomplish this.

2. The Dickin Medal was instituted in Great Britain in 1943 to honor animals in service to military forces and civil defense in wartime. Thirty-two of the fifty-four medals awarded in WWII went to pigeons.

3. King George VI, father of HRH Queen Elizabeth II offered up several pigeons from the royal lofts at Sandringham for use during WWII. Royal Blue was the recipient of a Dickin Medal.

4. Pigeons, dispatched from downed Royal Air Force planes and forward ground units in Europe, Africa, and the Middle and Far East, saved the lives of thousands of military personnel over the course of WWII.

5. Britain dropped thousands of pigeons into Occupied Europe over the course of WWII in the hope that local resistance would use them to communicate details of the German war machine.

6. In 1944, U.S. bra manufacturer Maidenform designed special, sling-like vests that would hold a pigeon against a paratrooper’s chest while the pair parachuted into enemy territory.

7. During WWII, all Royal Air Force bombers and British reconnaissance aircraft had at least one pigeon on board, and Bomber Command discovered that the birds required no protective gear at 35,000 ft, -45°F.

8. Pigeons were used to great effect as a backup to wireless communications in both WWI and WWII by both the Allies and the Axis powers.