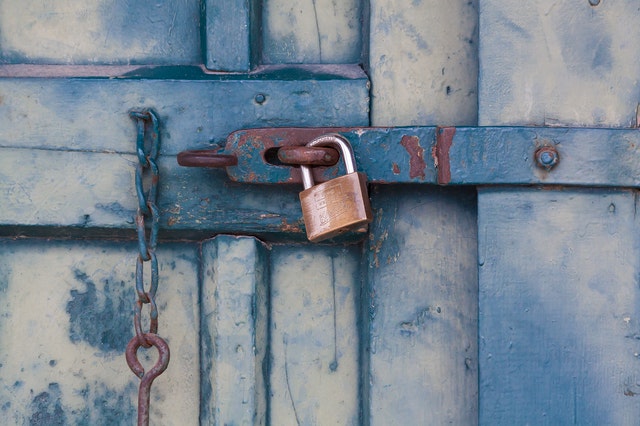 I blink. Disbelieving. Stare up at the ceiling that seems to dance and spin above me.

My body trembles on the floor.

But I wasn’t killed.

At least not yet.

The twin burn marks on my neck are painful. They remind me that I could well be dead, that if the nose of a pistol had been pressed to my skin, rather than the cold metal tips of a stun gun, I’d be lying in a pool of my own blood, dead to the world.

It’s only a matter of time, my mind warns.

I try to focus, blinking as I moan and twitch uncontrollably, feeling the hardwood of the tiny house against the back of my head. The vaulted ceiling seems higher than usual as it stretches over a small living area. It reels as my eyes try to focus, but they still jiggle in their sockets, my vision fragmented.

I stare at the built-in couch with its vibrant throw pillows, then spy the ladder leading to the loft, but everything in my vision pitches and weaves, refuses to stay steady. I try to focus on one item: the door leading outside, my only chance of escape, but it’s closed down and appears to shift and sway.

For just a second, I close my eyes, try to stop the shaking, but I fail to gain control of my body again.

With effort, I twist my trembling neck and roll my head to one side to see my captor slipping something into the small refrigerator.

“Why?” I try to say, but nothing but a garbled groan slips past my lips. “Why?” I try again, but the person who’s trapped me doesn’t respond, just slams the refrigerator door shut and, with a disparaging glance at my shaking body, steps over me to the single door of the cabin and throws it open.

A blast of wintry air rushes inside, a few flakes of snow following. No, I try to scream. “Nnnnnneeeeeooo.” Again, the sound is a cry of despair, the single word unclear.

But my captor understands.

Pauses for the briefest of seconds.

Then steps through the door and yanks it shut.

I try to crawl toward it.

Don’t leave me, I silently scream, my mouth opening and shutting like a just-landed bass gasping for air. How can you do this? You, who swore you loved me? How can you leave me?

The betrayal is gut-wrenching, sitting sour in my stomach as I make another attempt to stop my muscles from shaking. Pull yourself together! Do it!

I try to stand, manage to get my feet under me, but the soles of my shoes slide, and my body flops to the floor again. All I can do is scoot, limbs palsied as I push my way to the door.

Over the frantic beating of my heart, I hear boots crunching on icy snow and the inevitable beep of a vehicle’s keyless lock responding to a push of a button on a remote.

I reach up, take a swipe at the door handle, and fail to clutch it.

With all the effort I can muster, I try again, this time connecting, my muscles finally responding. Groaning, I haul myself to my feet, and I slump against the door frame.

An engine revs as I reach for the door handle again, grasp it, and find it locked. Unmoving. As it always is. Locked tight.

Tears spring to my eyes as I hurl my body to the ladder and teeter for a second. My muscles quiver, and I grit my teeth, make a false start, and slide a bit. Locking my jaw against my chattering teeth, I grip harder, then slowly, rung by rung, climb until I can just peer over the windowsill of one of the five twelve-inch-square windows strung near the ceiling of the wall with the door.

Through the glass I see outside. The snowy landscape is stark in the small clearing, rimmed by tall firs, branches heavy and laden with ice and snow. In the clearing, I see the car, headlights glowing, cones of light illuminating the lane as it drives away.

Don’t let it! The person who did this doesn’t deserve your sadness. Get mad, damn it.

As the trembling in my body eases, I feel a swell of anger slowly rising. My fingers grip the upper rung on the ladder so hard my knuckles show bone white. The sound of the engine fades.

As it has before.

“I’ll get you,” I vow, my words hoarse but at least intelligible as I glare at the retreating vehicle, its taillights blinking red through the trees, reflecting blood-like on the snow. “You’ll never get away with this.”

I’ll make sure of it.

In a twisting, unpredictable new novel of suspense by #1 New York Times bestselling author Lisa Jackson, an heir to the Cahill fortune discovers just how dangerous, and duplicitous, family can be . . .

The Cahills of San Francisco are famous for two things: their vast wealth, and the scandals that surround them. Murder, greed, deadly ambition . . . some people will do anything to get, and keep, the Cahills’ kind of money. Not that James Cahill wants any of it. He’s tried to make his own way, less interested in a future inheritance than in his construction company—and in enjoying the many women taken in by the easy charms of a handsome, soon-to-be-rich bad boy.

Perhaps there’ve been too many women. Waking up in a small hospital in Washington State, bandaged and bruised, James barely recognizes the gorgeous blonde who comes to visit. Through the haze of pain and medication, he recalls that she is Sophia, the woman he’s been cheating with. Gradually memories return—his girlfriend, Megan, had found out about Sophia. Now Megan is missing, her sister, Rebecca, is hounding him—and police and reporters are asking questions too. James insists he has no idea what happened. Yet he can’t escape a feeling of dread . . .

Meanwhile, in a locked room, a woman waits, trapped, petrified, and desperate. She thought she knew who to trust. But the betrayal you can’t imagine—or can’t remember—may be the most terrifying weapon of all . . .

What's the last book you bought? #bookbuddies #re