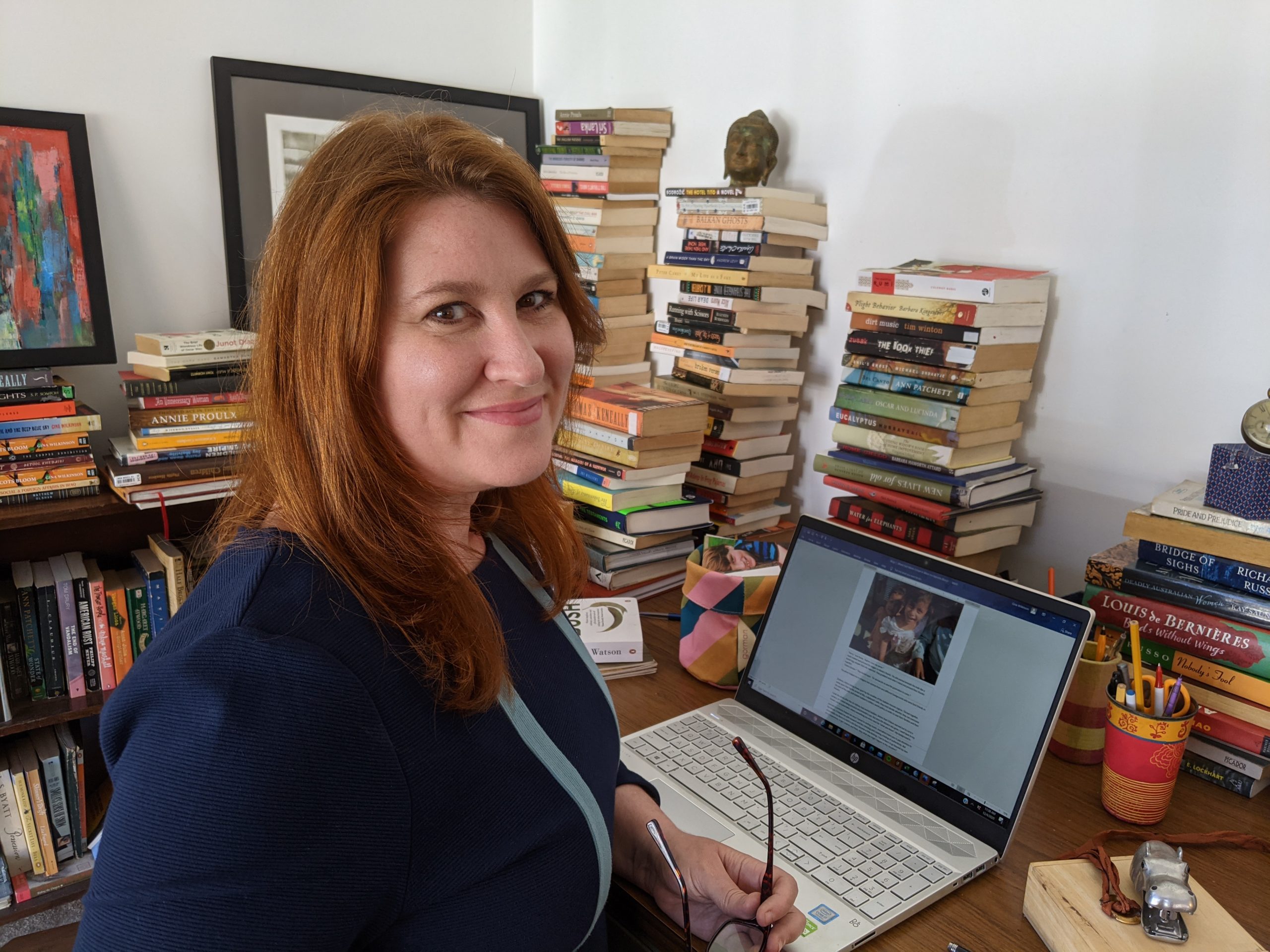 There’s an old saying ‘write what you know’ – and in my upcoming novel, When the Apricots Bloom, fact most definitely meets fiction. The story is inspired by my real-life experiences living in Baghdad under the dictator Saddam Hussein, and my complicated friendship with a woman who was secretly working as an informant, reporting back to the regime on my every move. But while writing this novel, I discovered that ‘write what you know’ has its pros and cons, and the secret is knowing when to let go.

But let’s start at the beginning, with the facts. Back in 2002, I was a foreign correspondent reporting from the steamy metropolis of Bangkok, Thailand, when my husband, Geoff, received a job offer from UNICEF in Iraq. It might seem hard to believe, but back then we were assured the biggest danger we’d face in Baghdad was boredom! International sanctions had cut Iraq off from the rest of the world. There were no flights in and out, no bars, no internet, no independent newspapers or magazines, and no television, except regime-run propaganda channels. Saddam kept an iron grip and nothing happened without his say so. That meant UN workers and their families could walk the streets of Baghdad with fewer worries than in most big cities in America.  You’re probably still wondering, why go? Well, for ten years, Geoff had loyally followed me from country to country, and we agreed it was time to give his career a go. Plus, I was intrigued by Baghdad, with its fabled history, so often in the headlines, yet sealed off from the outside world. For a journalist like me, the rare chance to get an insider’s view was catnip.

Fast forward three months. I’d discovered that while Saddam’s evil presence was everywhere, Baghdad also had mind-blowing book markets, dozens of art galleries, and warm, good-humored people. That includes my friend, the regime informant, who liked to call herself my “Iraqi sister”. The truth eventually came out, and our relationship was never the same. But I don’t blame her for her double life. In Iraq, if the secret police wanted something, saying ‘no’ wasn’t an option – especially for someone like her, with a family to protect.

Still, to this day, I wonder were parts of our friendship were real or was it all just an act? When I started writing When the Apricots Bloom, I tried to imagine what it must have been like for her – beginning with the moment the secret police arrive at the home of an Iraqi secretary working at a foreign embassy, and tell her that she has to spy on her boss’s wife. The story that develops after that point is fiction, but many of the details come from true life. Or I used real experiences as a jumping off point.

The two little girls in the photograph are a good example. I met them outside their home in Baghdad’s ancient Rashid district as they prepared for a relative’s wedding. The older girl proudly showed off her lacy dress, while her shy friend stayed in the background. I consulted this photo for inspiration when creating the relationship between Huda and Rania, two of the central characters in When the Apricot Blooms.

“Hurry,” said Rania, “before I lose my nerve.”
Huda nodded and pressed the dagger to Rania’s thumb. The skin parted beneath the knife like a boiled egg, deeper than she expected. They grabbed each other’s hand and pressed their thumbs together.
“Sisters forever.” They locked eyes.  “Or sorrow for us and the generation to come.”

The photo helped me to imagine two women from very different backgrounds who were best friends as children, before being driven apart by the cruelties of the Saddam Hussein regime. Thrown together many years later by the arrival of Ally, a diplomat’s wife, they must decide whether they can overcome the pain of the past, and outwit Saddam’s ruthless secret police, in order to save their families and their futures.

I took the photo after the US military had ousted Saddam. Before that I’d been warned not to carry a camera, or I risked being arrested and branded a spy. But once the dictator was gone, I went back to my former role as a journalist, where everything you write must be “what you know”. My background in journalism certainly helped me once I turned to writing novels. Journalism trains you to pay attention to the details. It helped me with research and fact checking and creating a feeling of authenticity. But occasionally my desire to stick to the facts became a little limiting. I had to learn to go beyond my own direct experience, to get creative and think, okay what else might happen in this situation?

One thing I did discover is that sometimes truth really is stranger than fiction. Especially in wartime or under great stress, people can do things that are completely out of character. They can perform unexpected acts of bravery or they can make terrible mistakes, as I documented in my 2007 memoir. But in a novel, readers expect to understand every action a character makes. As an author, you have to lay down clues beforehand. Real life, though, is much more unpredictable.

The truth is, we’re all flawed creatures. But today, with many people getting their news from social media, I worry that we’re forgetting this – and as a society, losing the possibility of redemption. Social media is great for memes and headlines, but it’s not designed to give context or to examine ‘how’ or ‘why’. This has contributed to the online push to ‘cancel’ people. The characters in When the Apricots Bloom lie repeatedly. They steal, and they betray those closest to them. How would they have been judged if their actions were condensed into a tweet?

In contrast, novels give us the ability to go deeper. When writing When the Apricots Bloom, I wanted readers to come away thinking, in the same circumstances, might I have done the same? And if you read the novel yourself, I’d love to know, what would you have done?

Inspired by her own experiences stationed in Baghdad during Saddam Hussein’s rule, former foreign correspondent Gina Wilkinson’s evocative, suspenseful debut is told through the eyes of three very different women in Iraq at the turn of the millennium. A secretary, an artist and a diplomat’s wife, each must confront the complexities of trust, friendship, and motherhood under the rule of a dictator and his ruthless secret police…