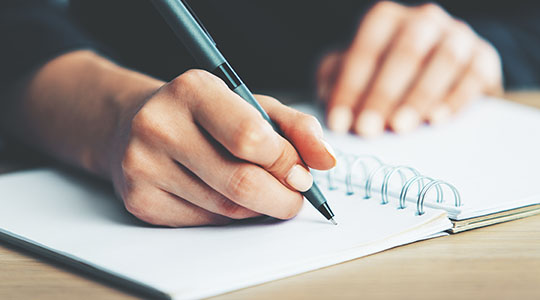 Writers write. Sounds pretty simple, doesn’t it? My first short story was written when I was four-years-old. I used to think first drafts were all you had to write, that was it! Boy did I have a lot to learn. It’s probably why my early attempts didn’t go anywhere. Octavia Butler says: “You don’t start out writing good stuff. You start out writing crap and thinking it’s good stuff. And then gradually, you get better at it. That’s why I say the most valuable trait is persistence.”

Now that I’ve been writing for twelve years and teaching for the past six of those years, boy do I know that’s true. The more you write, the better you get. And after that first draft? You rewrite it. Usually five to ten drafts. Neil Simon in Neil Simon Rewrites really opened my eyes to rewriting. So did Jerry Cleaver in Immediate Fiction. It was his course that helped me revise my first novel, and it’s his course that I now own and teach in Chicago, with an online component soon to come. (Thewritersloft.com).

Here’s another tip: The less you worry, the better you write. Here is just a snippet of things I wrote before (and one after) becoming published:

Things I wrote before writing my first novel:

The Boy and the Muskrat — Third grade, won a state-wide writing contest

A family newsletter I typed on a typewriter and mailed to family members hoping they’d pay a quarter. I think it only lasted 3 rounds.

Essays galore– I have a few about living and being a temp in New York City. This was before blogs were a thing. Had I been in my twenties when blogs were a thing I would have been blogging my little heart out.

Tons of diaries and journals

Kissing Frogs — A One Act Comedy

A screenplay. I didn’t have the training, it went nowhere, but it also prompted me, after my sister wouldn’t show it to her agent, to try a novel.

2005– Rewrote the failure about nine times, submitted to agents. Got an agent!

2006– Sold it to John Scognamiglio at Kensington Books. Published in May of 2006.

Funny fact– after my first two published novels I wrote one that was in a different genre called The Manhattan Witch Hunt. My editor wasn’t interested so it was abandoned and I moved on. He encouraged me to self-publish it but years later when I re-read it I didn’t like it and didn’t have any interest in rewriting it. I might somebody because I like the title, but the plot would have to be rewritten.

(Ten novels and 6 novellas under Mary Carter, so far 4 books in The Irish Village Mystery series, with Murder in Galway and Christmas Cocoa Murder anthology still to come in 2019!)

What is the point? If you are a writer you know it because… well… you WRITE. I have TONS of unfinished pieces as well. Tons. If you do too, maybe you need to accept that you’re a writer and work on a piece until it’s the best you can get it, and then start submitting.