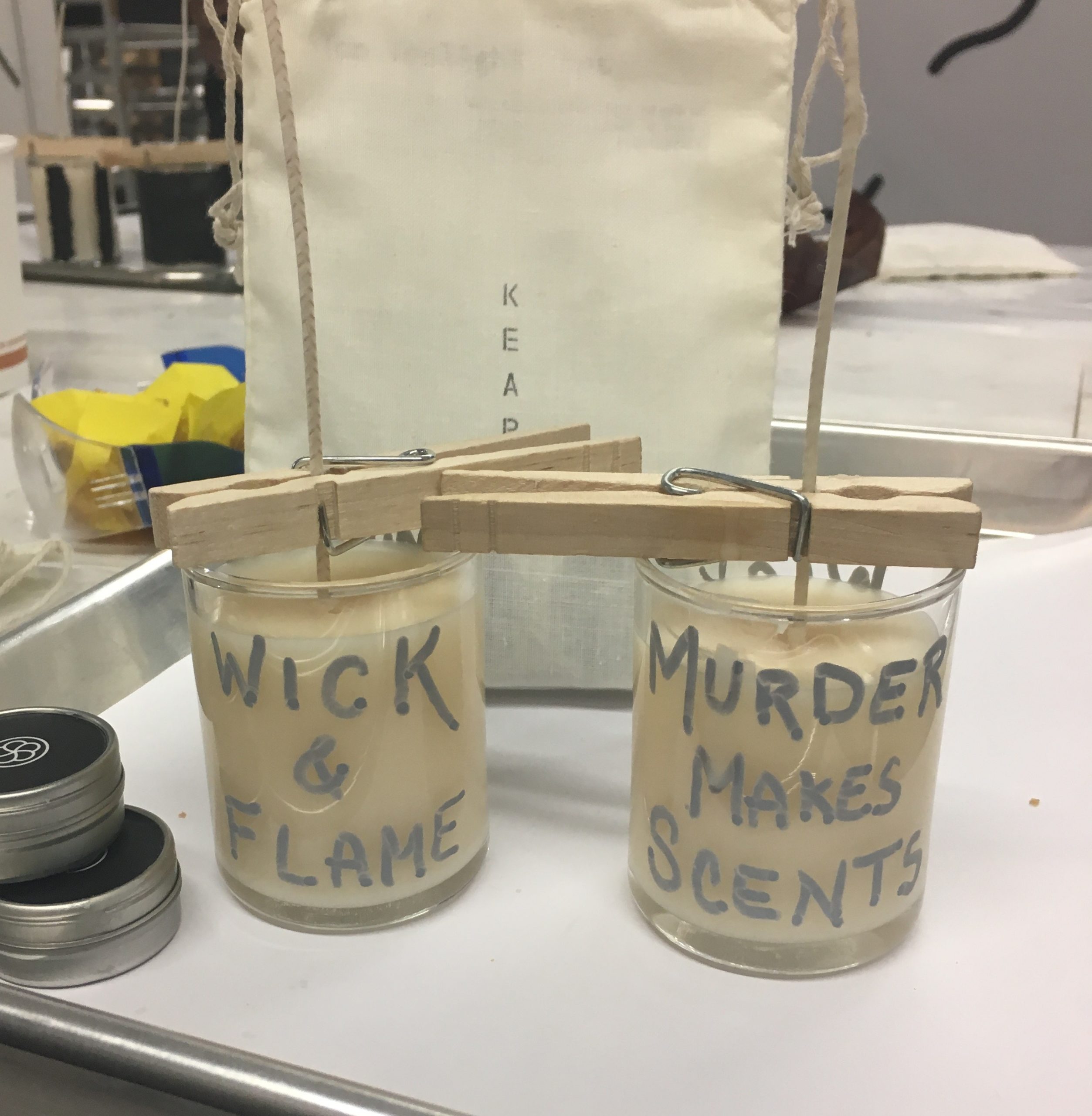 Stella Wright, the hero detective in my series, the Nantucket Candle Maker Mysteries, was born to make candles.

I was born to buy them.  That is, until I met her.

After spending time with Stella during early days of the series, I became eager to try her craft.  She has that effect on people.  Stella worked at the island’s Whaling Museum during high school and was drawn to Nantucket’s production from whale oils of the whitest and brightest candles, which lit the finest homes around the world in the late 17th / early 18th centuries. As a youngster, she also helped her mother run a small perfume shop on town’s Center Street, now the location of her own store, the Wick & Flame.  These days, she crafts beautifully colored and uniquely scented candles I wish we could all enjoy.

Inspired by this multi-talented woman, I discovered Keap, a small candle company based out of Brooklyn which runs workshops at their headquarters. When I arrived for an evening class, I joined a group of enthusiasts of different ages, skills and backgrounds, including a young couple on a date (hope those two made it because that was a cute date.)  Everyone wore a smile, which grew wider when we were offered wine and pastries.

In one night, I learned the basics of heating wax to a fragrance-friendly temperature (~150*), and how to succeed in the tricky but imperative step of keeping the wick straight (clothespins!)  We were invited to choose from many of Keeps beautiful scents, mixing them into our melted wax, and then pouring the mixture into small votives.  I was so proud of the candles I made, I went home, right to Amazon, and bought a lifetime’s worth of supplies.

Clothespins to hold the wick straight! 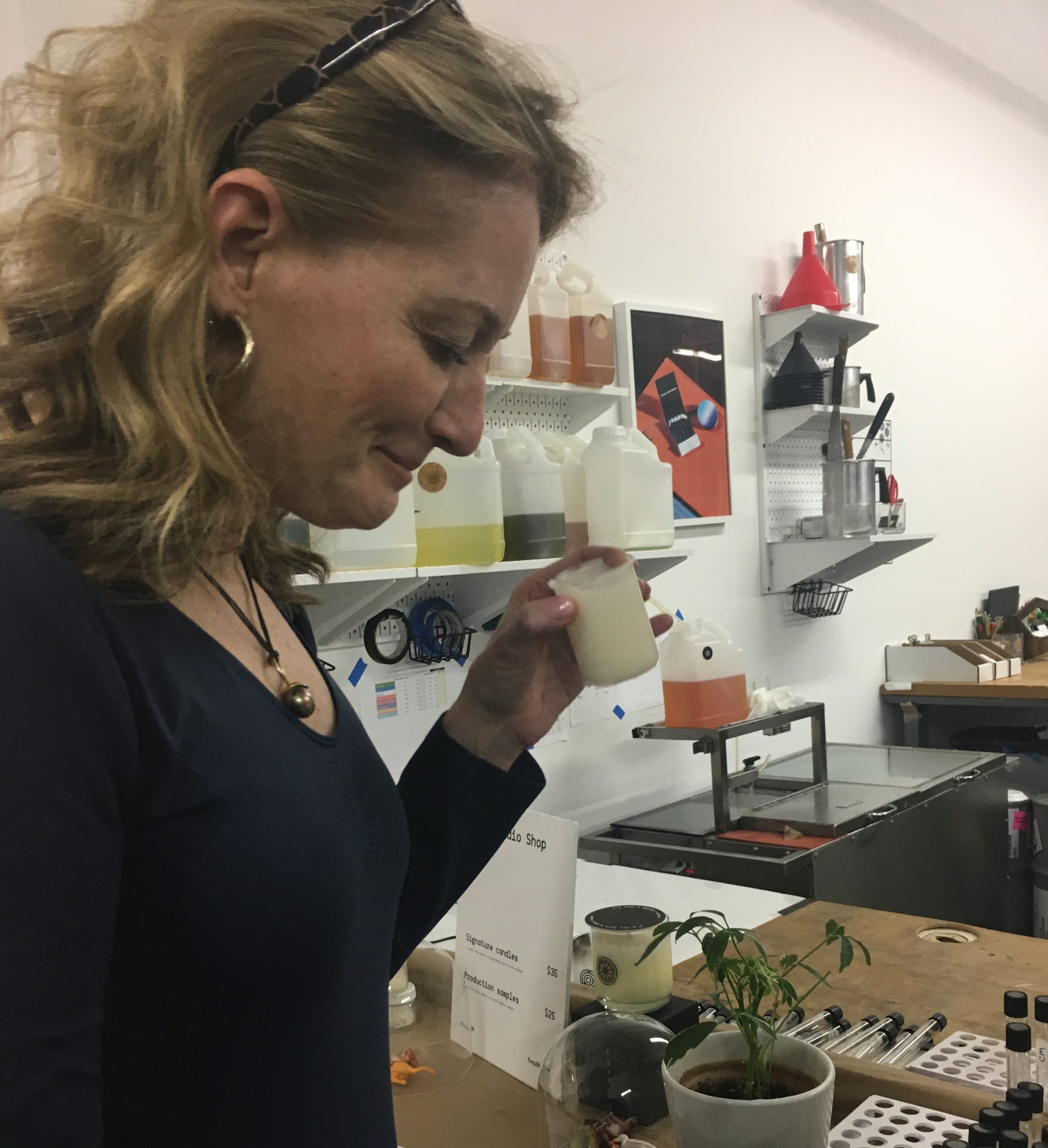 Then, I returned full-time to murder until this morning, when I completed Stella’s third adventure!  In celebration, I finally opened the boxes of candle supplies. Maybe it was the wine, but as it turns out I had purchased soy, bee and paraffin waxes, but no fragrances.  Nor did I have pastries on hand.  Undaunted, however, I dedicated the morning to investigating the properties of wax.

I have a few conclusions from this DIY candle celebration: 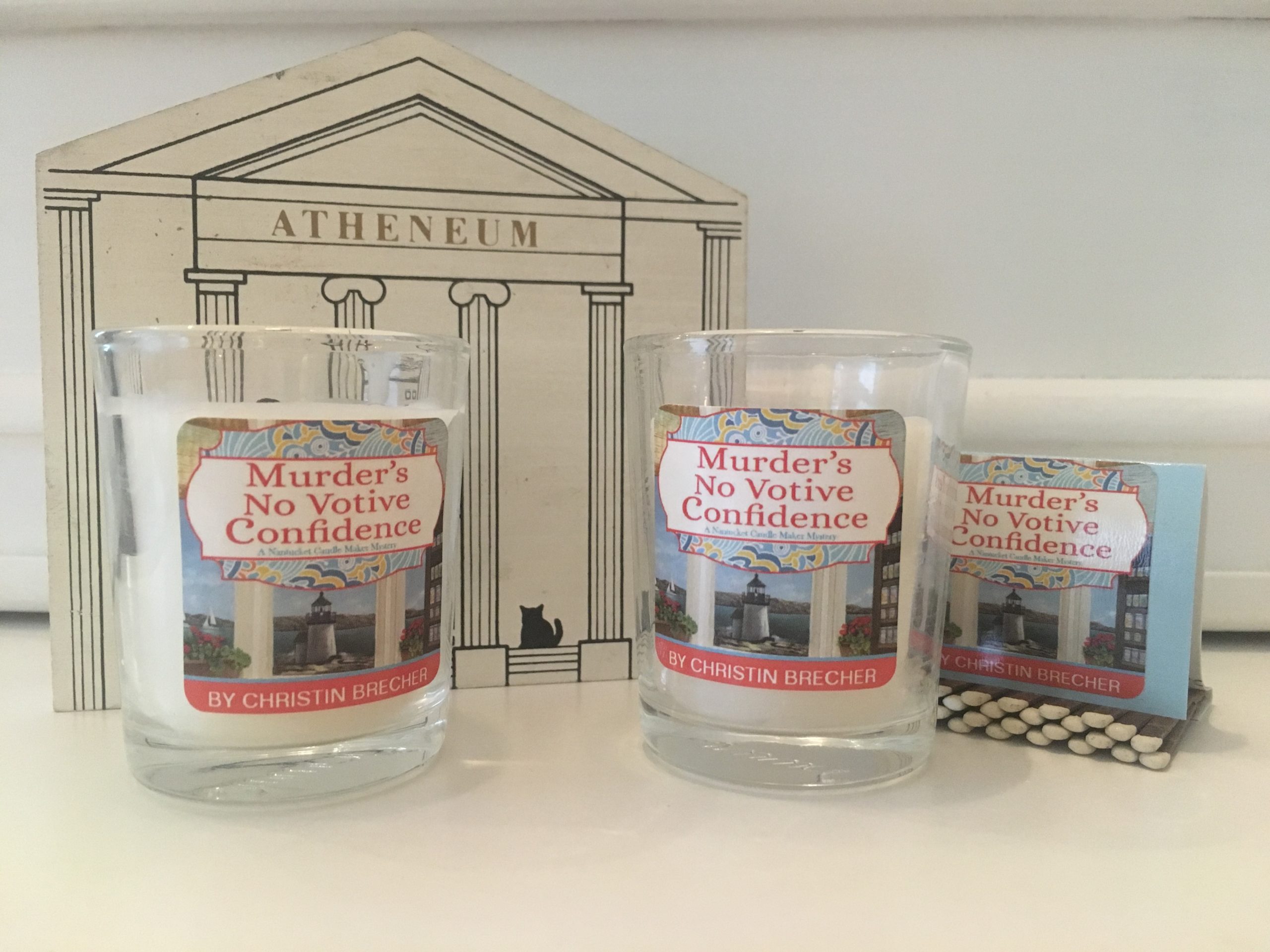 Final products, all dressed up with MURDER’S NO VOTIVE CONFIDENCE stickers! The cute shelf-sitter is of Nantucket’s library. 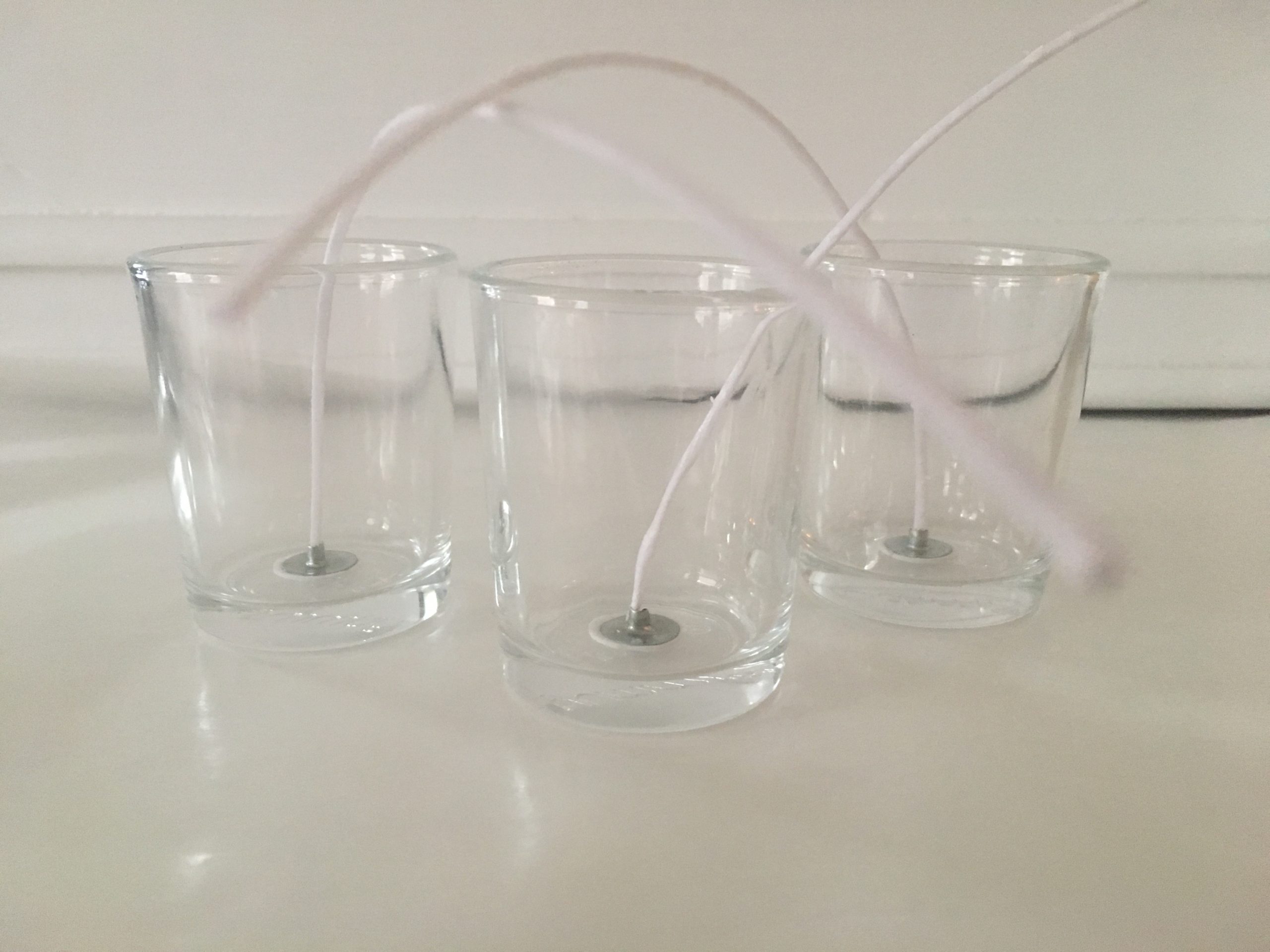 Artsy photo of my wicks.

Nantucket candle store owner Stella Wright specializes in creating unique candles for every occasion. But someone sets the stage for murder when a Memorial Day celebration becomes a wedding to die for . . .

Jessica Sterling’s candlelight-themed nuptials promises to be the perfect kick-off to the summer’s first official holiday weekend. Stella’s thrilled to have been chosen to provide the decorative centerpiece for the wedding ceremony: a two-foot-tall scented unity candle—a symbol of the happy couple’s love. But it looks like the bride-to-be’s uncle won’t be walking his niece down the aisle after he’s found dead. The murder weapon is Stella’s seemingly indestructible candle, now split in two.

When a beloved local bartender is arrested, Stella’s sure a visiting police captain running the case made a rush to justice. With superstitious brides-to-be canceling orders and sales waxing and waning at her store, the Wick & Flame owner decides to do some sleuthing of her own. Abetted by a charming reporter and challenged by the town’s sexiest cop, Stella’s determined to shine a light on the truth and uncover a killer who’s snuffing out her own flame.