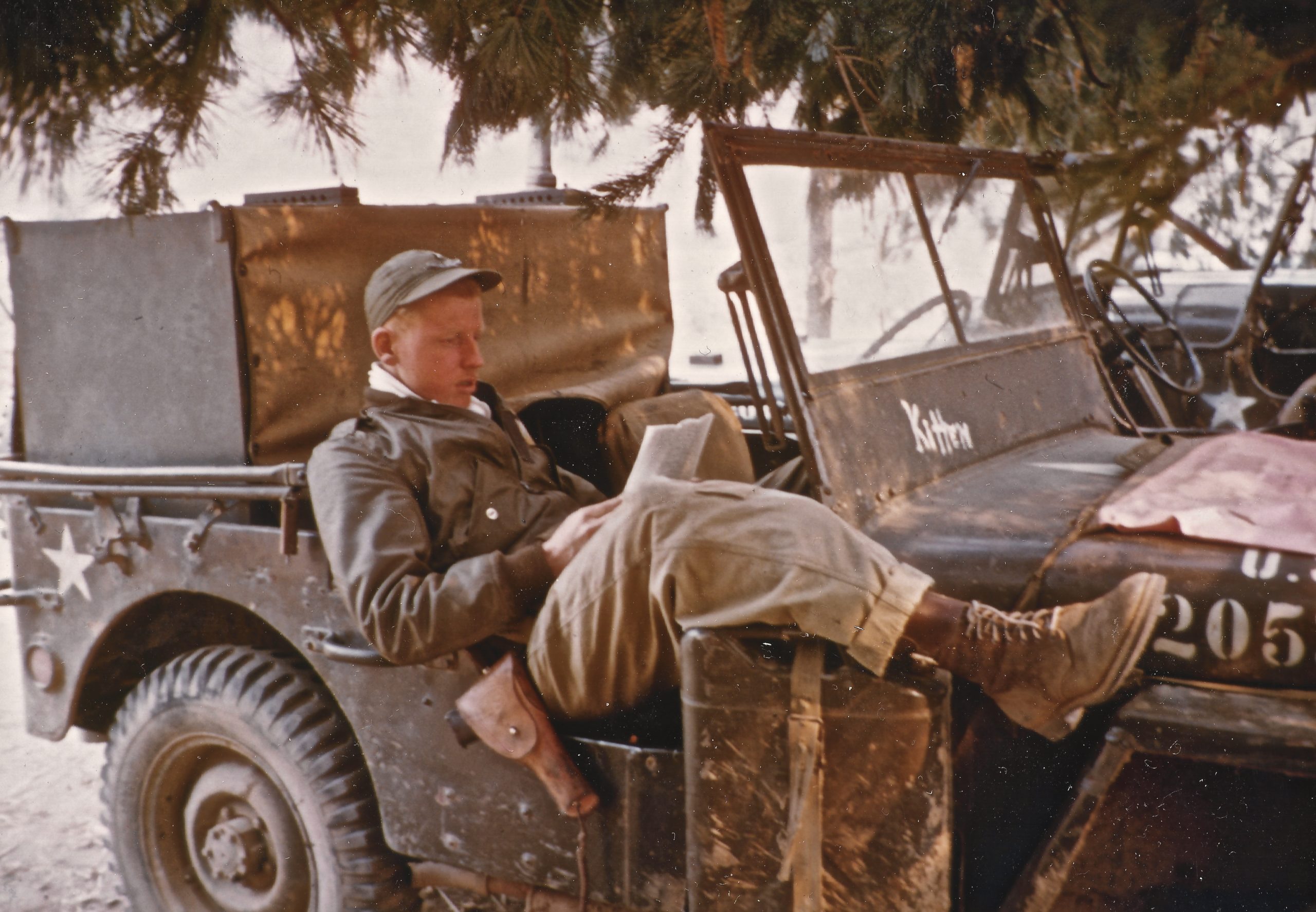 Two and a half decades ago, in July of 1994, Paramount Pictures released a sweeping summer blockbuster, Forrest Gump. The film tells the incredible fictional story of an unlikely hero who played a role in some of the most monumental events of the twentieth century. The title character, brought to life by a thirty-something-year-old Tom Hanks, meets President Kennedy, earns the Medal of Honor in Vietnam, and manages to expose President Nixon’s Watergate scandal. He stars as an All-American football player, survives a hurricane aboard a shrimping boat, and unwittingly becomes an early investor in Apple Computer.

It is a lot to happen in one man’s life, but such is the world of fiction.

Little did I know, when I first heard about U.S. fighter pilot Dave MacArthur from his widow, Sharon, that I would soon be writing a book about a real-life Forrest Gump.

The story of Lt. Col. David W. MacArthur is chock full of remarkable events, any one of which would have made for a fantastic read. As I began poring over the details of Dave’s life, one recurring thought plagued my mind: There’s no way all of this happened to one man!

Over the course of the next year, though—a year filled with countless hours of researching military archives, after-action reports, first-person accounts, and correspondence with the Vatican Secret Archives—I was able to piece together the true story of one of America’s greatest heroes. And truth, as it turns out, really is stranger than fiction.

Dave MacArthur tussled with the Kennedy brothers in a Boston bar fight, shook hands with the pope, survived a crash landing over Greece in his P-38 Lightning, and, after months as a POW, was rescued from a Nazi concentration camp by his own father. He breathed toxic gas in Dachau, executed his own “Great Escape” through a barbed wire fence of Stalag Luft III, and spent days crammed inside a suffocating boxcar with two of America’s most famous pilots—the Tuskegee Airmen.

The Man Who Refused to Die

Dave fought for his country in three wars, but perhaps his most daring feat occurred in Korea, when, after finding himself deep behind enemy lines, he muscled a jeep convoy through heavy Chinese artillery fire and single-handedly saved the lives of 127 men. Dave became one of only forty-two Air Force recipients of the nation’s second highest award for military valor.

Later in his life, Dave flew as a Japanese fighter pilot in the 1970 Academy Award-winning Tora! Tora! Tora! His final scene called for his death, a dramatic moment in which the pilot slumped over in the cockpit after being shot. After ten frustrating takes, one thing became abundantly clear:

Lightning Sky was a rollercoaster to write, full of ups and downs, twists and turns, and more than a few epic moments when survival seemed impossible. The story brims with all the courage, valor, and sacrifice that not only defines America’s Greatest Generation but also reveals the spirit of a hero—and a nation—who refused to be defeated.

R.C. George chronicles untold military stories of heroism, resilience, and triumph. For more information, visit www.RCGeorgeBooks.com and follow along @rcgeorgebooks and on Facebook and Goodreads.

Foreword by Marcus Brotherton, New York Times bestselling author of We Who Are Alive and Remain and Shifty’s War

A U.S. fighter pilot captured by the enemy. A father determined to rescue his son. One of the most remarkable and moving true stories of faith and perseverance to come out of World War II.

October 6, 1944. Twenty-year-old Army Air Corps Second Lieutenant David “Mac” Warren MacArthur was on a strafing mission over Greece when a round of 88-mm German anti-aircraft flak turned his P-38 Lightning into a comet of fire and smoke. Dave parachuted to safety as the Lightning lived up to her name and struck the Adriatic Sea like a bolt of flames. In minutes, he was plucked from the water—only to find himself on the wrong end of a German rifle pointing straight at his head.

Dave’s father, Lieutenant Colonel Vaughn MacArthur, was a chaplain with the 8th Armored Division of Patton’s Third Army when he learned of his son’s capture. He made it his personal mission to find him. For the duration of the war, as Dave was shuttled from camp to camp—including Dachau—his father never stopped searching. Then in May 1945, Vaughn’s last hope was Stalag VII-A in Moosburg, Germany. Through the barbed wire fence, he cried out his son’s name. Incredibly, out of tens of thousands of POWs, one of them, squinting into the sunlight, turned and smiled.

Father and son spent the next two weeks together celebrating, a forever cherished memory. Over the next twenty-five years, Dave would go on to honor his father on rescue missions of his own, becoming a highly decorated and genuine American war hero. In both Korea and Vietnam, Dave would carry with him the legacy of a great man who gave everything to save his son.

An inspiring, harrowing, and unforgettable chronicle of love of family and love of country, Lightning Sky is a timeless testament to extraordinary lives in extraordinary times.

“A glowing reminder that some things in life are worth fighting for.” —Marcus Brotherton, New York Times bestselling author of We Who Are Alive & Remain, A Company of Heroes and Shifty’s War

“This is how history should be written—in vivid detail and with all the emotion of the best-told stories. Fans of Flyboys and Unbroken should push this book to the top of their reading list.” —John Gilstrap, New York Times bestselling author of Scorpion Strike and the Jonathan Grave thriller series

“You will be inspired . . . you will mourn a greatness that has all but passed. In four or five years they will all be gone; the words of soldiers like this one, our only hope of holding onto them.” —Ken Gire, New York Times bestselling collaborator for All the Gallant Men