In Regency England, a proper young lady was supposed to be seen and not heard. There were strict rules of behavior—and Rule Number One was keep your mouth shut and never, ever express an opinion or contradict a gentleman, no matter how bacon-brained his ideas were. 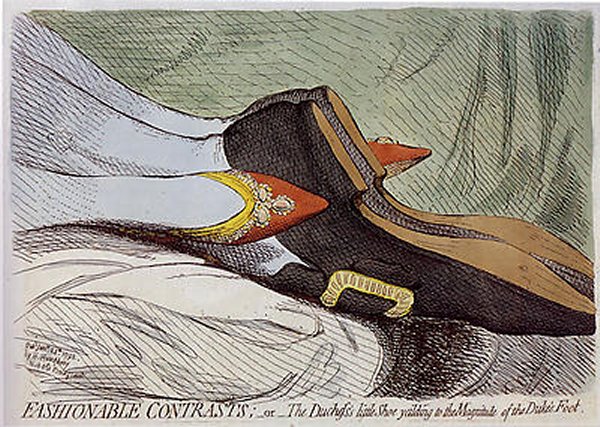 Ah, but Charlotte Sloane, the fearless heroine in Murder on Black Swan Lane, the first book in my new Regency-set mystery series, doesn’t believe in playing by the rules.

Charlotte is London’s most popular satirical cartoonist—though as a woman, she must keep her real identity a secret from the public. Heaven forbid that a female poke fun at the high and mighty gentlemen who control the country! But oh, poke she does! No one is safe from the razor-sharp pen of A. J. Quill. But as we all know, keeping secrets can lead a woman into trouble . . .

Fiercely intelligent and observant, Charlotte isn’t afraid to ridicule those who deserve it, no matter how important or powerful they may be. So when the infamous Earl of Wrexford is accused by a pompous religious leader of being the Devil of Debauchery, Charlotte turns her pen on both of them. 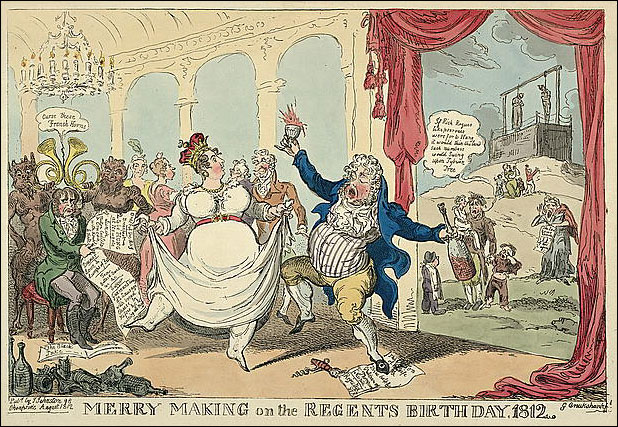 But it turns out Wrexford doesn’t play by the rules either . . . and when the religious leader is found foully murdered, Charlotte finds herself drawn into a dangerous hunt for the truth . . .

My heroine Charlotte was inspired by the real-life cartoonists of the era. Our current fascination with gossip and scandal is nothing new. Regency England reveled in ‘tittle-tattle,’ and had its own colorful scandalsheets and “paparazzi.” Newspapers and pamphlets reported in lurid detail on the celebrity bad boys—and bad girls—of high society. And like today, sex, money and political shenanigans were hot topics. 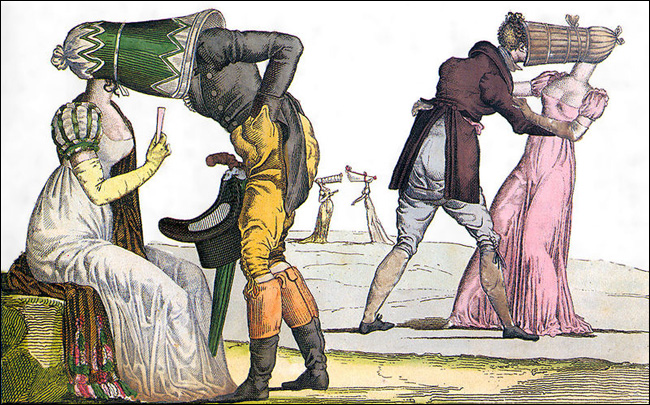 As for pictures, there were, of course, no cameras to capture embarrassing snapshots of the rich and powerful behaving badly. So it was the satirical artists of the day who kept an eagle eye on who was doing what. And woe to those who became the subject of their satire! Think of them as the 19th century version of Stephen Colbert—their sharp wit and clever ridicule made them just as famous with the public as our own late night television hosts. (You can read more about the real-life Regency satirical cartoonists on my website. Just click here.)

In Regency London, an unconventional scientist and a fearless female artist form an unlikely alliance to expose unspeakable evil . . .

The Earl of Wrexford possesses a brilliant scientific mind, but boredom and pride lead him to reckless behavior. He does not suffer fools gladly. So when pompous, pious Reverend Josiah Holworthy publicly condemns him for debauchery, Wrexford unsheathes his rapier-sharp wit and strikes back. As their war of words escalates, London’s most popular satirical cartoonist, A.J. Quill, skewers them both. But then the clergyman is found slain in a church—his face burned by chemicals, his throat slashed ear to ear—and Wrexford finds himself the chief suspect.

An artist in her own right, Charlotte Sloane has secretly slipped into the persona of her late husband, using his nom de plume A.J. Quill. When Wrexford discovers her true identity, she fears it will be her undoing. But he has a proposal—use her sources to unveil the clergyman’s clandestine involvement in questionable scientific practices, and unmask the real murderer. Soon Lord Wrexford and the mysterious Mrs. Sloane plunge into a dangerous shadow world hidden among London’s intellectual enclaves to trap a cunning adversary—before they fall victim to the next experiment in villainy . . .

“Fans of C.S. Harris take note! In this new, Regency-set mystery series, the artist Charlotte Sloane and the scientist Earl of Wrexford are the perfect mismatched pair of sleuths. A riveting ride through Regency London, from the slums of St. Giles, to the mansions of Mayfair.” —Lauren Willig, New York Times bestselling author

“A wonderfully engaging Regency mystery, with a most determined heroine and an engaging pair of street urchins at her side. Historical chemistry meets alchemy, and only a nonchalant nobleman can help solve the murder. A delight of a book.” —Joanna Bourne, award-winning author