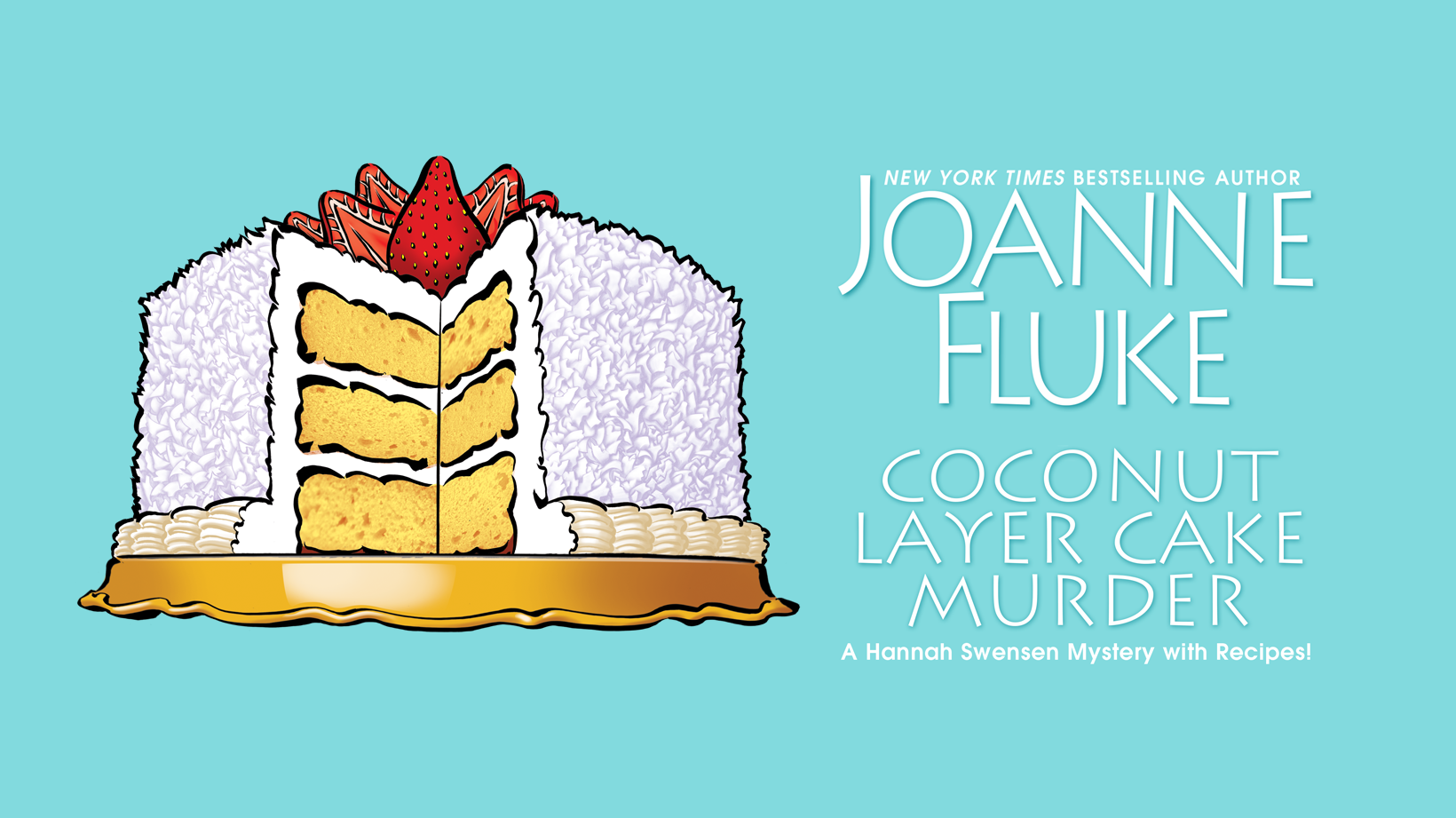 We’re celebrating the release of COCONUT LAYER CAKE MURDER with a look back at some of our favorite Joanne Fluke recipes from the Hannah Swensen series! Tell us your favorite recipe in the comments.

Hannah’s 1st Note: To flour a baking pan, put some flour in the bottom, hold it over your kitchen wastebasket, and tap the pan to move the flour all over the inside of the pan. Continuing this until all the inside surfaces of the pan, including the sides, have been covered with a light coating of flour.

Hannah’s 2nd Note: You can mix up this cake by hand, but it takes some muscle and you must make sure everything is well combined. It’s a lot easier to do if you use an electric mixer.

Hannah’s 3rd Note: If you do not want to use liquor in this cake, you can substitute another quarter-cup of cold milk for the rum.

Yield: At least 8 pieces of incredibly good and very rich cake. This cake is wonderful with vanilla ice cream on top. Serve with tall glasses of ice-cold milk or cups of strong coffee. 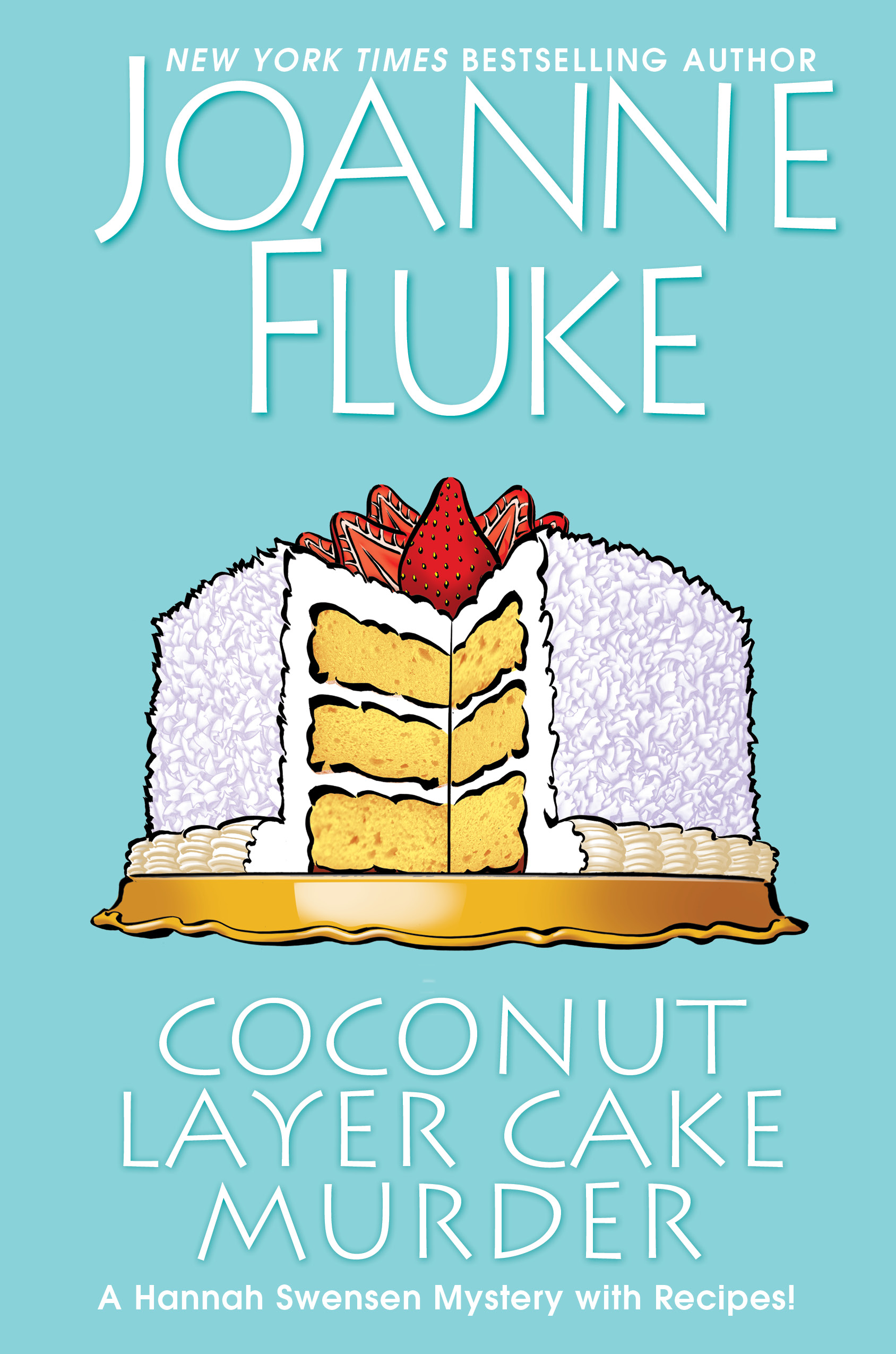 Bakery owner Hannah Swensen is leaving Lake Eden to help a friend in sunny California. But an unexpected phone call swiftly brings her back to a cold Minnesota winter . . . and murder . . .

When Hannah learns that her sister Michelle’s boyfriend, Detective Lonnie Murphy, is the prime suspect in a murder case, she goes straight from a movie studio sound stage to the Los Angeles airport.

Back in frigid Minnesota, she discovers that proving Lonnie’s innocence will be harder than figuring out what went wrong with a recipe. Lonnie remembers only parts of the night he went out to a local bar and ended up driving a very impaired woman home. He knows he helped her to her bedroom, but he doesn’t recall anything else until he woke up on her couch the following morning. When he went to the bedroom to check on her, he was shocked to discover she was dead.

Hannah doesn’t know what to believe—only that exonerating a suspect who can’t remember is almost impossible, especially since Lonnie’s brother, Detective Rick Murphy, and Lonnie’s partner, Chief Detective Mike Kingston, have been taken off the case. Before everything comes crashing down on Lonnie like a heaping slice of coconut layer cake, it’ll be up to Hannah to rack up enough clues to toast a flaky killer . . .