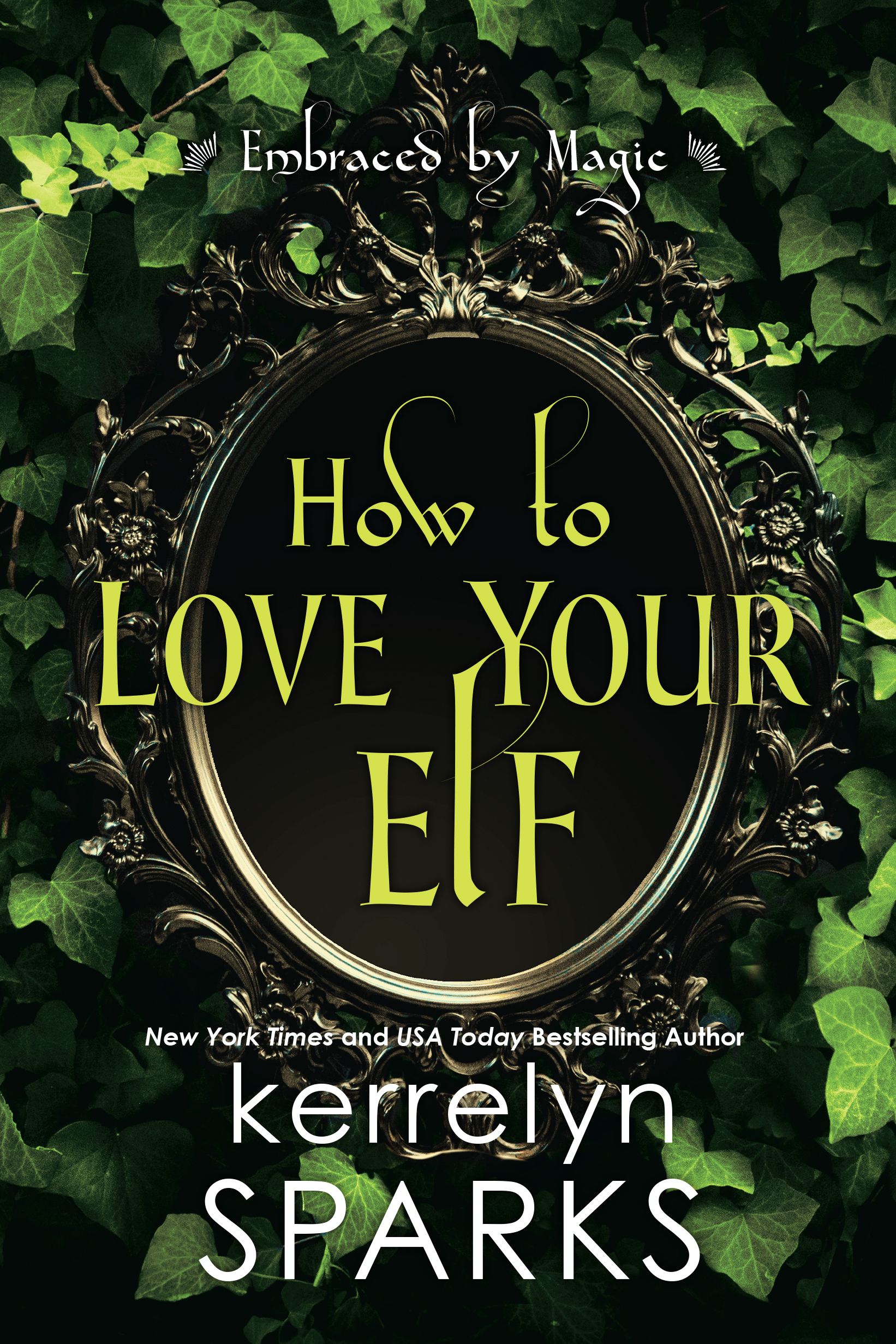 The Embraced books, which take place on the magical world of Aerthlan, are best described as Game of Thrones meets The Princess Bride. What should you know about this fun fantasy series? Using my imagination, I have come up with ten questions/remarks that you might have for me. And here are my replies: 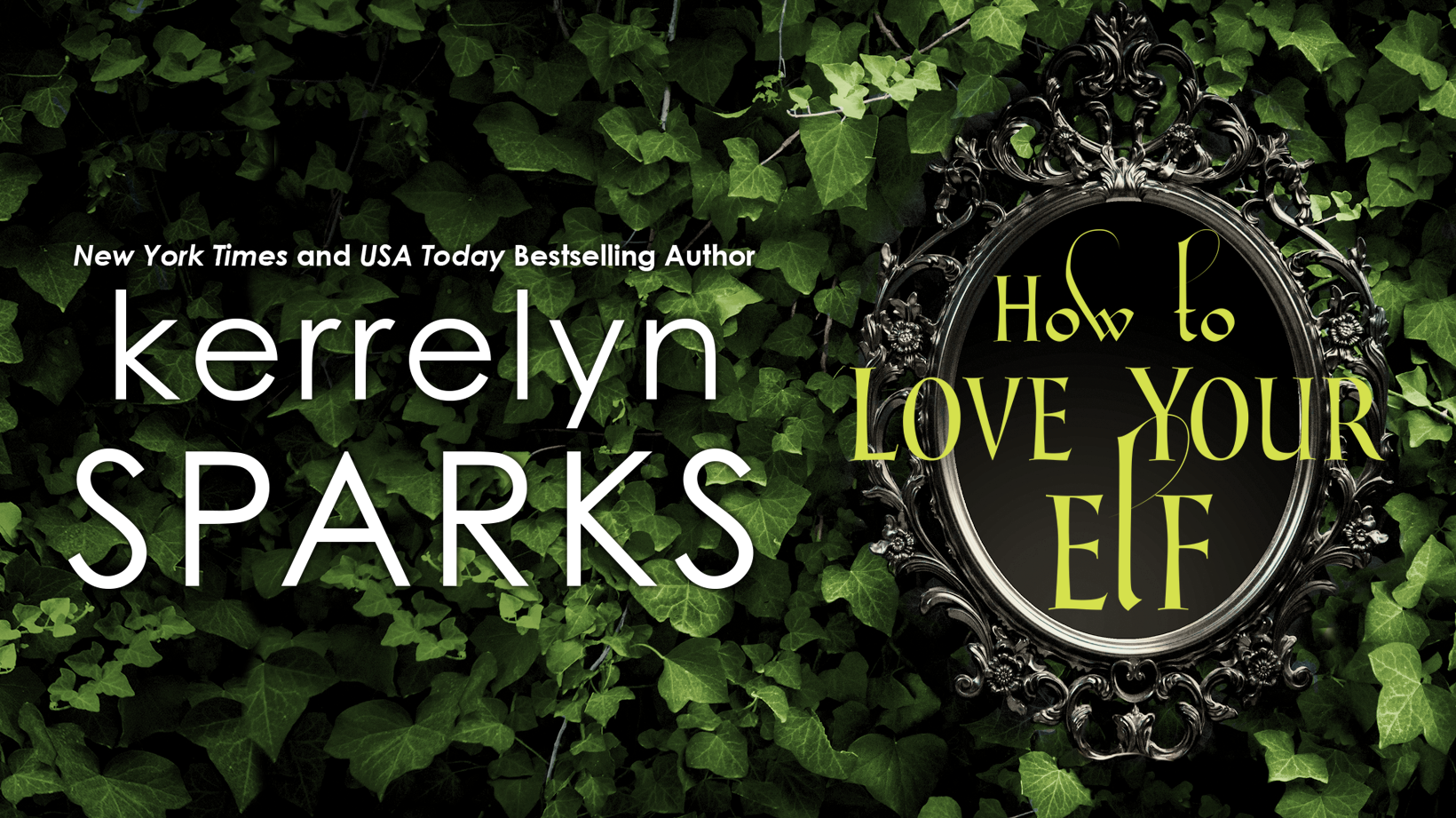 Q: How many books are planned for the series? By the way, I just love this series!!
A: (That’s my imagination at work.)  There will be a total of five books, one for each of the five sisters—Luciana, Brigitta, Gwennore, Sorcha, and Maeve. My upcoming release, How to Love your Elf, is Sorcha’s story.  It goes on sale Feb. 25, 2020.

Q: Why is the series now called Embraced by Magic? You’re confusing us!
A: The first three books were part of The Embraced series. At that point, in order to complete the five books I had planned, I needed to find a new publisher. Kensington came to the rescue, so now my readers can enjoy the stories of the last two sisters, Sorcha and Maeve. With a new publisher, a new title for the series was needed, and we came up with Embraced by Magic.

Q: Why did we have to wait so long for How to Love your Elf? We’re dying here!
A: Several reasons factored into this. Whenever an author goes to a new publishing house, they are automatically put at the end of a publishing schedule that is set far in advance. Also, I had some personal issues that required surgery and so forth, but fortunately, I am healthy now and back to writing full time. I know it was a long wait, and I really appreciate your patience!

Q: What inspired you to write about elves in How to Love your Elf?
A: Well, personally, I find Legolas very inspiring.  Beautiful, but manly.  Calm, but deadly when he needs to be.  Mysterious.  Did I mention beautiful? And then, there’s the whole elfin culture I wanted to explore.  I admit to being influenced by Lord of the Rings.  So, similar to what we saw in the movies, I wanted everything that the elves produced to be beautifully crafted. Since Sorcha is an artist, she was the most likely sister to really appreciate everything the elves make.  Then, there’s Legolas who’s beautiful and…but I digress.  Back to Sorcha—she’s the sister of a fire-breathing dragon shifter (Silas from Eight Simple Rules for Dating a Dragon) and her Embraced power is the ability to make fire. Her personality is fiery and unpredictable. And she has the same snarky sense of humor that her brother has. This made her the perfect foil for the calm, super self-controlled elfin hero I had in mind.  A hero that would be as beautiful as Legolas (not that I’m partial to him at all).

Q: Who is the mysterious elfin hero of How to Love your Elf?
A: The hero, simply known as The Woodsman, is keeping his real identity a secret. You’ll find out why when you read the book.  He’s a Robin Hood-like character who has the Embraced power of being able to communicate with trees and control anything made of wood.  His power relies on wood, but Sorcha’s power (fire) destroys wood.  When they come together, it will be combustible!

Q: Why is that darned Chameleon still alive? Kill him off already!
A: He will die, eventually, as all villains must do, but I don’t want to give any spoilers. I will say that the good guys do make some progress in How to Love your Elf.  Two members of the Circle of Five will die.  Yay!!  Which ones?  You’ll have to read the book to find out!

Q: What is coming after How to Love your Elf? Are you going to be cruel and make us wait a long time again?
A: The fifth and last book of the series, The Siren and the Deep Blue Sea, will release August 25, 2020.  It will be the grand finale, starring Maeve and Brody.

Q: Will Brody ever get the curse removed, or will he be stuck as a dog for the rest of his life? Why does Maeve keep calling him Julia? She’s hurting his feelings!
A: You’ll have to wait for The Siren and the Deep Blue Sea to see what happens to Brody and Maeve.

Q: How can we keep the world of Aerthlan straight in our minds? Is there a map?
A: Yes!  There will be an interactive map of Aerthlan on my website at www.kerrelynsparks.com, where you can travel around the different countries and see photos of different spots. The photos are ones I’ve taken while traveling, showing you the real places that inspired the fictional ones of Aerthlan.

Q: Where can we find you on social media?  Where can we meet you? Are you as crazy as we suspect you are?
A: I must be crazy if I wrote that. You can find me in numerous places:  Goodreads, Bookbub, Instagram, Twitter, and Facebook.  I run a contest every month on my Facebook page, so please stop by to try winning some free signed books!  On Goodreads, you can ask me a question about my books or writing and I’ll answer. And you can learn more about all my books, read excerpts, and play games on my website at www.kerrelynsparks.com.  Whenever a new book releases, you can find me at the Launch Party, hosted by Katy Budget Books (close to Houston, TX). In March, I will be attending BookLovers Con in Nashville, TN.  I look forward to meeting some readers there!

Sorcha knew the mission was dangerous. Leaving the safe grounds of her brother’s kingdom and parlaying with the elves across their border . . . well, treachery seemed at least as likely as true peace. But to support her sister, Sorcha would brave far more than the underhanded ways of the elves. Or so she thought, before she was taken hostage.

Of course, her captors didn’t count on her particular abilities—or on the help of the Woodsman, the mysterious thief who made his home in the forest. He saw the battle from the trees, saw the soldier attacking against incredible odds to save a comrade—and then saw the valiant fighter revealed as Princess Sorcha of Norveshka. He can’t tell if he wants to kidnap her or kiss her. But despite Sorcha’s stubbornness, his inconvenient honor, and a rebellion on the cusp of full war, something burns between them that neither can let go . . .