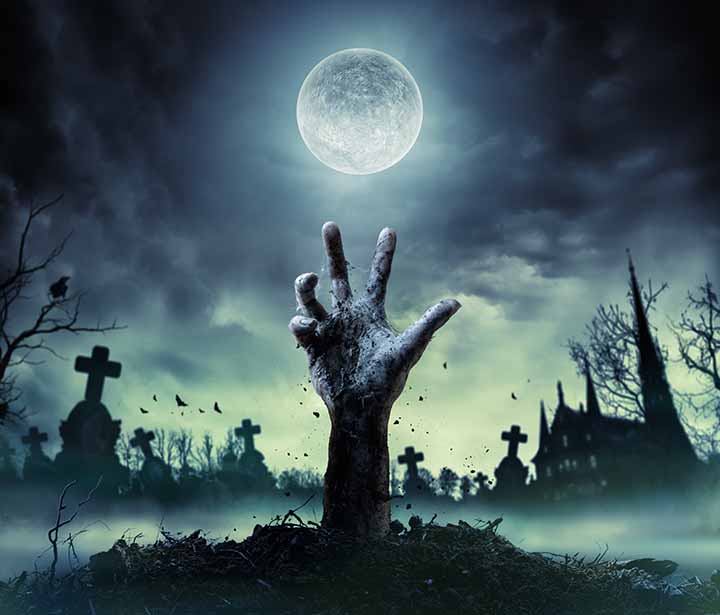 If I had to pick a fairly unusual hobby that I have, I’d opt for binge-watching horror movies when I need to take a break from writing. I usually avoid any movie where the description starts with ‘A group of friends…’ because I know how it’s going to turn out. It’s usually tedious party scenes to establish friendship, the gradual descent into terror, followed by each one being picked off by whatever horror facing them until there are only two or three left in the end.

I guess that’s why I have a particular fondness for zombie films. Yes, they’re as predictable as the ‘friends’ movies, but I gravitate to zombie films because the genre is so different from anything I write. I find it a perfect escape from the plots, characters and stories I constantly have rattling around in my head.

It’s easy to lose myself in such mind-numbing movies, knowing full well that – at some point – the main characters are going to be chased by a horde of the snarling undead. The thrills, chills and suspense that I know will happen are usually enough to keep me watching time and time again.

Of course, the writer part of my brain is never completely turned off. I’m always looking at how the plot is unfolding, how the protagonist is driving the action, and if the ending is believable. Well, as believable as any movie about reanimated, blood-thirsty corpses can be.

When I’ve had my fill of zombie movies, and I still need a break from writing, I lose myself in documentaries. The topic doesn’t really matter: world wars, Tsarist Russia, ancient civilizations, UFOs, Bigfoot, the Kennedy assassination, true crime or the old west. When I’m on a documentary kick, I’m not particular about the topic – I’m about the insight and knowledge. I spent one rainy Sunday watching a couple of two-hour documentaries that delved into the controversy about whether or not Shakespeare actually wrote the plays for which he is credited. I hadn’t even known there was much of a controversy until I’d watched those documentaries. I always try to learn something, even when I’m vegging out as I believe that keeping my mind open to things in such diverse genres have helped me write in a variety of genres. I don’t think I could have done it any other way! 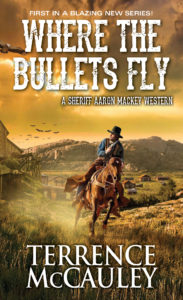 Surrounded by ranches, farms, and precious metal mines, the town of Dover Station, Montana is ripe for the plucking. It’s up to Sheriff Aaron Mackey to keep the peace—and keep the dregs of humanity from trying to make a killing . . .

Where The Bullets Fly, Vengeance Reigns

If anyone can smell an investment opportunity, it’s railroad men and big city bankers. They’re not the kind of folks that Sheriff Mackey is used to dealing with. But greed is greed, and if anyone knows how money can drive men to murder, it’s the sheriff of a boomtown like Dover Station. But when Mackey is forced to gun down a pair of saloon rats, it brings a powderkeg of trouble—with a quick-burning fuse of vengeance named Alexander Duramont. This bloodthirsty psychopath wants to kill the sheriff for killing his buddies. And he plans to get his revenge using a highly combustible mix of fire, fear, and dynamite . . .

Mackey’s not sure how he’s going to stop this blood-crazed lunatic. But it’s going to be one heck of an explosive and very violent showdown . . .

“Hard to put down . . . because of the gritty and stylish narrative, the virtually nonstop action.” —Publishers Weekly on Terrence McCauley’s Sympathy for the Devil