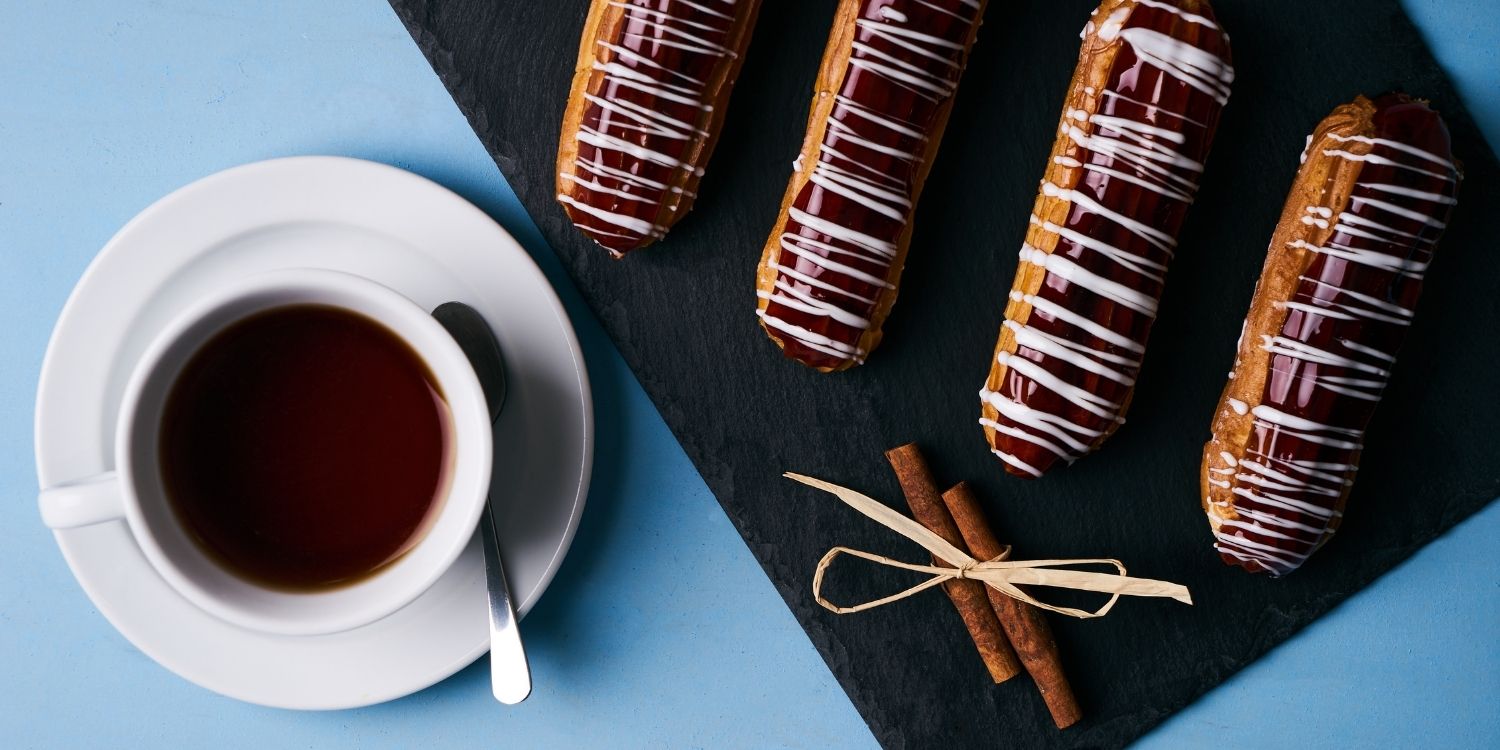 Journey to Ireland’s lush countryside with USA Today bestselling author Carlene O’Connor’s Irish Village Mysteries, where local officer Siobhán O’Sullivan keeps busy investigating crimes and helping her five kooky siblings run their family’s local bistro. With her upcoming wedding to longtime fiancé Macdaras fast approaching, she really has her hands full in Murder on an Irish Farm, but local bookshop owners Oran and Padraig deliver a moment of sweet relief when they give her some of these homemade chocolate eclairs…