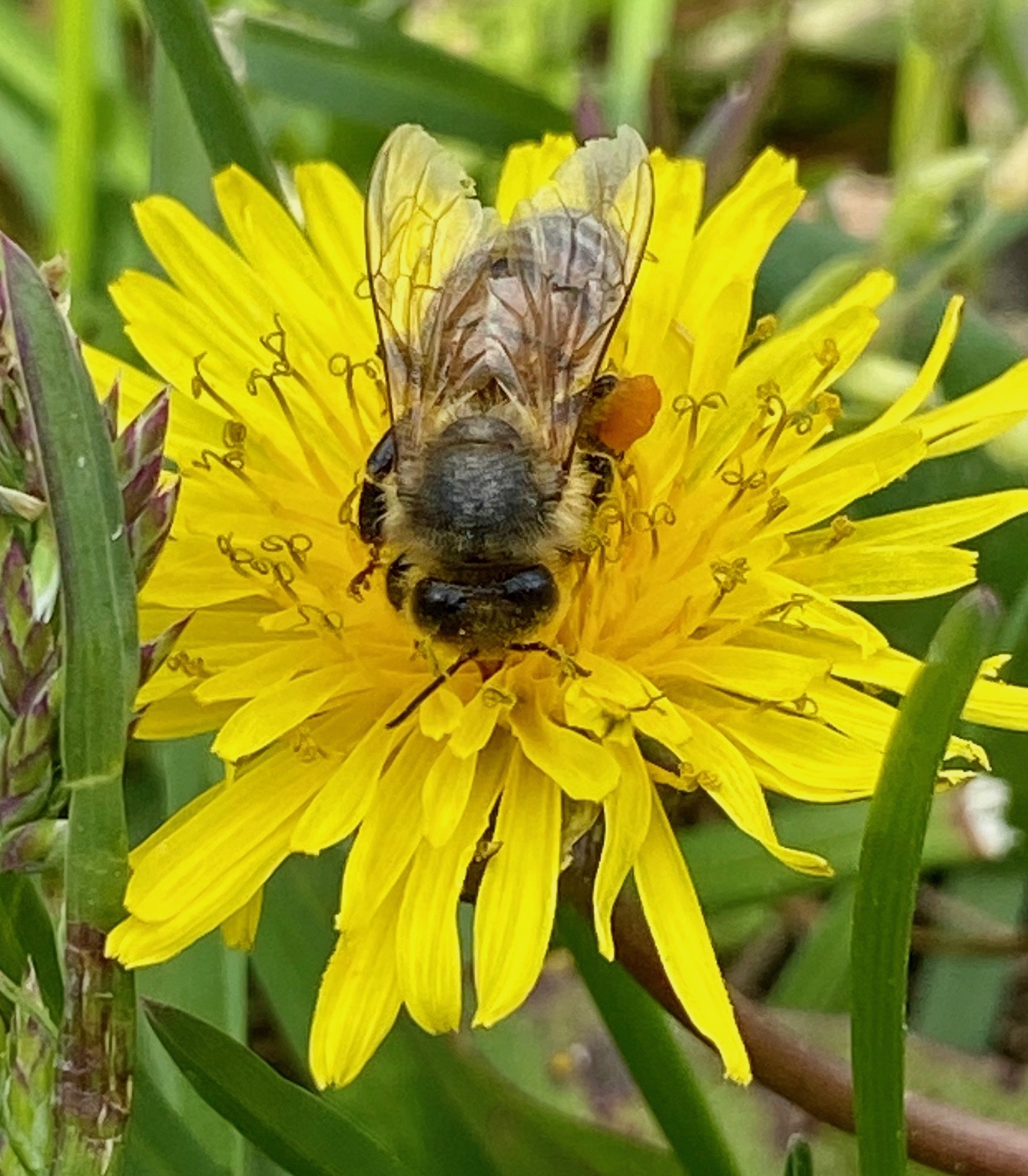 As a beekeeper, Earth Day is always a special day for me.  It’s usually right around this time, mid-to-late April, when all the flowers, trees, and plants come to life and burst with color.  Honeybees have been preparing for this moment since back in the fall, first making sure they have enough food stores to make it through the winter, and then building up their numbers to ensure they have the workforce needed to start collecting pollen and nectar from the first bloom.

Earth Day is also special as it’s a celebration of all nature’s beauty and wonder, which is a welcome return after a long, cold winter.  For years, I have participated in Earth Day celebrations, as it’s a time to see old friends that have been hibernating indoors all winter. Every year the day is buzzing, as everyone is so happy to be outdoors, in the sun and close to nature.

Last year, during the year that wasn’t, we found ourselves tethered to our homes, and for so many, it sparked an interest to find new ways to connect with nature and help heal Mother Earth.  More and more people are turning to beekeeping, as it is a hobby that gets one outside, and provides a way for us to gives back to our planet.

The great thing about keeping bees is that you can do it just about anywhere.  You will find beekeepers in the hustle and bustle of New York City to the most rural areas of the U.S. of A and everywhere in between.  Big or small, North Dakota to Southern Florida, location is never a concern.  A hive doesn’t take up much space, as it’s about the size of a filing cabinet and requires only a few feet of space in every direction for you to stand while opening it up to inspect the bees, or as beekeepers like to say, working the bees.

Beekeeping brings you face-to-face with what has been declared the most important species on Earth.  Honeybees are responsible for one in every three bites of the food we eat, pollinating $20 billion of crops in the United States.  Everything from apples, oranges, and blueberries—to avocados, cucumbers, and pumpkins—to coffee and the cotton for our clothes—are all thanks to the honeybee.  By becoming a beekeeper you’re helping ensure that there are plenty of bees to pollinate the plants where you live, and since bees fly three miles from their hives, each hive is covering a lot of ground!

Caring for bees is also quite peaceful, or as I like to say, Forced Zen, as the bees always keep you present and in the moment.  Standing over an open hive will engage all your senses as you immerse yourself into their world, looking, listening, smelling, and feeling what the bees are doing.  And if you’re lucky, you’ll even get to taste the pure, raw honey they’ve created from the nectar of all the flowers they’ve visited.  You’ll be amazed knowing that it took twelve bees their lifetime to make a single teaspoon of honey, and that each one-pound of honey is the nectar from two million flowers, which bees flew 56,000 combined flight miles, or twice around the Earth, to collect.  It’s no wonder why humans have been fascinated by bees for thousands of years and why they’re one of the most studied creatures on the planet.

Beekeeping is such a wonderful way to fill your days and this is just a snapshot of some of its sweeter moments.  If you’re interested in learning more about connecting with your environment, what better way to begin your journey then by igniting a new passion and stepping into one of the world’s oldest and sweetest pastimes?

If you think you have the beekeeping bug and want to know more, please check out Bee People and the Bugs They Love for an informative, hilarious, stingingly honest, and honey-sweet journey into the world of beekeeping.  Bee People is a fascinating foray into the obsessions, friendships, scientific curiosity, misfortunes and rewards of suburban beekeeping—through the eyes of a Master Beekeeper. Follow my path from bee-curious to Master Beekeeper, and how a childhood fascination with the industrious honey-loving bug led me to become a seasoned, certified master responsible for the productive survival of my own backyard hives.  Swarming with buzzy facts, Bee People is a behind-the-hive look at the always-buzzing world of beekeeping.

Now, are you ready to catch the buzz?

“A successful and funny book that is sure to swell the ranks of the world’s beekeepers.”
—New York Times

A fascinating foray into the obsessions, friendships, scientific curiosity, misfortunes and rewards of suburban beekeeping—through the eyes of a Master Beekeeper . . .

Who wants to keep bees? And why? For the answers, Master Beekeeper Frank Mortimer invites readers on an eye-opening journey into the secret world of bees, and the singular world of his fellow bee-keepers. There’s the Badger, who introduces Frank to the world of bees; Rusty, a one-eyed septuagenarian bee sting therapist certain that honey will be the currency of the future after the governments fail; Scooby the “dude” who gets a meditative high off the awesome vibes of his psychedelia-painted hives; and the Berserker, a honeybee hitman who teaches Frank a rafter-raising lesson in staving off the harmful influences of an evil queen: “Squash her, mash her, kill, kill, kill!”

Frank also crosses paths with those he calls the Surgeons (precise and protected), the Cowboys (improvisational and unguarded) and the Poseurs, ex-corporate cogs, YouTube-informed and ill-prepared for the stinging reality of their new lives. In connecting with this club of disparate but kindred spirits, Frank discovers the centuries-old history of the trade; the practicality of maintaining it; what bees see, think, and feel (emotionless but sometimes a little defensive); how they talk to each other and socialize; and what can be done to combat their biggest threats, both human (anti-apiarist extremists) and mite (the Varroa Destructor).

With a swarm of offbeat characters and fascinating facts (did that bee just waggle or festoon?), Frank the Bee Man delivers an informative, funny, and galvanizing book about the symbiotic relationship between flower and bee, and bee and the beekeepers who are determined to protect the existence of one of the most beguiling and invaluable creatures on earth.