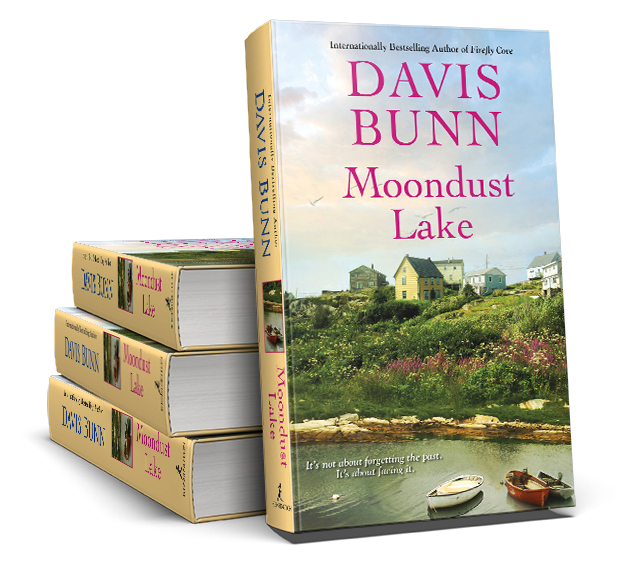 From the internationally bestselling author of Firefly Cove comes a powerful novel of healing old wounds, surprising second chances, and letting the heart lead the way . . .

What to do with a life where everything he’s worked for is shattered?

A top executive in the family business, Buddy Helms lives and works under the thumb of his powerful father. He’s proved himself time and again to the manipulative patriarch—even saving the company from financial ruin. Yet for six years Buddy’s waited to hear that he’s worthy of his father’s love and respect. Now, after another cold dismissal, Buddy’s slamming the door on everything he’s strived for.When his church counselor recommends a soothing tonic for his disillusionment, frustration, and rage, he grabs at it: the solitude of Moondust Lake, a retreat just outside Miramar Bay.

Believing in others comes easily—it’s believing in herself that’s a risk . . .

Kimberly Sturgiss is a professional psychotherapist, whose tragic past has granted her a rare ability to gently release her patients from their self-made prisons. She’s well acquainted with the Helms family and the dark burdens that come with them. But the most intriguing challenge of all is Buddy. He and Kimberly share more than she’s prepared to admit—the same emotional cage, the guarded heart, and the broken trusts that come with being alive. Maybe it’s finally time that Kimberly finds herself, too—by reaching out to the man who’s reaching out to her.

Poignant and heartfelt, Moondust Lake is an uplifting novel about searching for all the things in life that matter, embracing them, and never letting go. 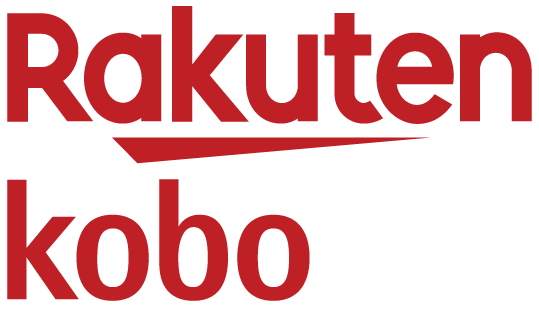 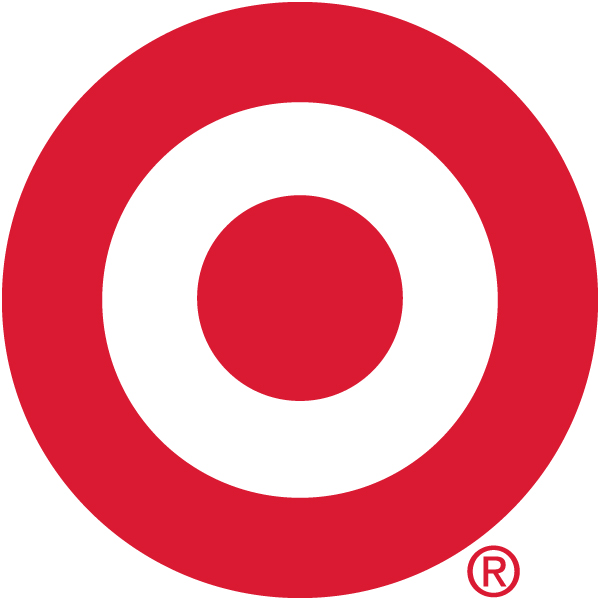 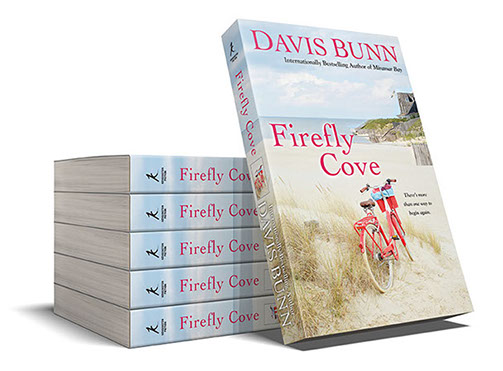 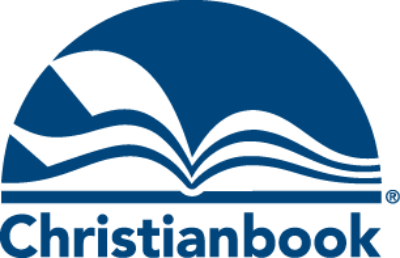 I have this, Lucius thought to himself. I have today.

Since the age of seven, Lucius Quarterfield has known he is dying. Doctors told him he had a “bad ticker” and might not live to see his next birthday. But somehow, the frail yet determined boy managed to hang on and surprise everyone. Lucius not only survived to adulthood, he thrived, turning a small car dealership into a successful chain. But now, at twenty-eight, his time is finally running out. So he’s returning to the one place he ever felt happy, near the only woman he ever truly wanted—the California seaside town of Miramar Bay . . .

Was it so much to ask, a healthy tomorrow shared with a woman he loved?

Jessica was the only daughter of the only dentist in town. An ardent reader and fan of Jane Austen, she was able to follow in her father’s footsteps, as he desired. But Jessica preferred the simple things in life—a trait that captivated Lucius from the moment he arrived in town. Her quick wit and carefree approach to life were a breath of fresh air to a man who devoted all his time to work. Soon they were falling head over heels—until Lucius pulled away, to spare her the pain of his inevitable fate. Now, after all this time, he’s going to make each moment count. Because he knows that everything is about to change . . . he just can’t know exactly how.

“Readers of Nicholas Sparks will find it appealing.” —Library Journal

“Fans of Kate Morton and Liane Moriarty will enjoy how this warm and well-crafted novel explores the limits of human understanding, acceptance, and imagination.” —Booklist

“Warm-hearted, wise, and wonderfully moving, Firefly Cove is a powerful novel of first love and second chances that will live in readers’ hearts for years to come.” —Family Fiction

“[A] novel rich with rediscovery…In Bunn’s emotional novel, readers will be particularly swept away but Lucius’s and Jessica’s love story.”—Publishers Weekly

“This is ultimately a bittersweet story about the importance of love and friendship. Readers of Nicholas Sparks will find it appealing.”—Library Journal

“Delightful and magical….This novel is heartwarming from start to finish. Lucius is a wonderful character; his personality shines on each page and begs readers to get to know him better….This tale is feel-good all the way through; a story of not giving up and of getting a second chance at love…and life.”—RT Book Reviews

“The emotional power of Firefly Cove demonstrates Davis Bunn’s extraordinary gift of story-telling and solidifies his place as one of the great writers of a generation. Somehow, Davis has managed to pen an emotionally-layered love story with the pacing of a thriller writer. The result is a beautiful and tender story of sacrifice and romance, where the selfless purity and power of love heals two long broken hearts. I enjoyed it immensely.” —Charles Martin, New York Times bestselling author of The Mountain Between Us 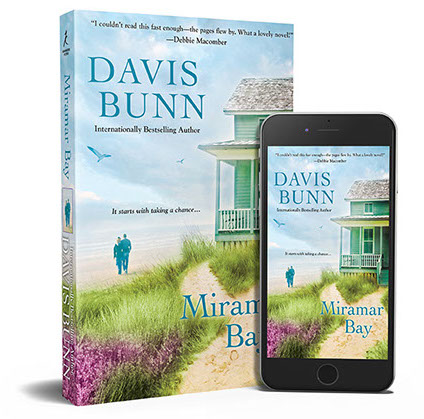 “I love this story. This is truly the breakout book for Davis Bunn.” —Debbie Macomber, #1 New York Times bestselling author

When Connor Larkin boards a late night bus in downtown L.A., he’s not sure where he’s going or what he’s looking for. Putting his acting career—and his fiancée—on hold, he’s searching for a part of himself he lost on the road to success. Now, with his wedding day approaching, Connor finds himself stepping into the sleepy seaside town of Miramar Bay—where one remarkable woman inspires him to rethink all of his choices . . .

Unlike the pretentious starlets back in Hollywood, Sylvie Cassick has had to work hard for everything she has. When Connor hears familiar music drifting out of her restaurant, he can’t escape a feeling of finally coming home. Sylvie isn’t sure what to think when this impossibly handsome stranger applies for a waiter’s job. Yet once he serenades her customers—and slowly works his way into her heart—she realizes there’s more to him than he’s letting on. But as the world outside Miramar begins to threaten their fragile bond, Connor will have to risk losing everything to gain the life he longs for—and become the man Sylvie deserves.

“Bunn has excelled in creating a deeply emotional read that will resonate with readers.” —Publishers Weekly

“A deeply satisfying rad and a beautifully crafted portrait of small-town life.” —Booklist

“Not since Jan Karon’s Mitford series have I read such a rich and beautiful tapestry of people, place and purpose as Davis Bunn’s Miramar Bay. I always know when I’m immersed in a piece of great literature. I want to be the hero. I never want my quest to end. What an absolute joy.” —Brian Bird, executive producer, "Touched by an Angel;" writer-producer, Hallmark’s "When Calls the Heart"

“A true delight. Davis Bunn has penned a classic. This story of life's second chances is wonderfully woven with mystery and romance. Miramar Bay is not to be missed.” —Rachel Hauck, New York Times and USA Today bestselling author of The Wedding Dress