For review copies, interview and event requests, and other publicity-related queries, please contact: 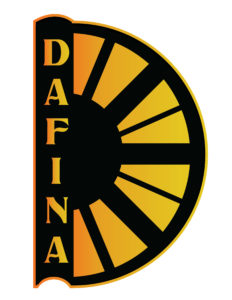 Dafina is an imprint of Kensington Publishing Corp., America’s Independent Publisher, with a focus on commercial fiction and non-fiction that centers race and cultural identity in order to explore the way they impact our experiences. Dafina’s carefully curated list is a home for dynamic stories that innovate, seeking to amplify fresh voices through books that entertain, challenge, and inspire. The imprint has been home to highly acclaimed and bestselling authors, including Mary Monroe, Kiki Swinson, ReShonda Tate Billingsley, Rochelle Alers, Carl Weber, Aya de León, Wahida Clark, Kimberla Lawson Roby, Cydney Rax, and many more. Launched in 2000, Dafina continues to be a bold voice for the new century.

Steven Zacharius President and CEO, Kensington Publishing Corp.: “My father, Walter Zacharius, had the incredible and fairly obvious idea that women of color should be represented in romance books and those books should be visible on bookstore shelves. We approached the late Monica Harris who was a Kensington editor at the time to see if she thought that starting an imprint of books by and about women of color would be a smart idea. To say she salivated at the idea would be an understatement. Well of course my dad who had an unending supply of energy said he wanted two books per month immediately and four books per month shortly thereafter. This was all fine and good…until we realized we hadn’t acquired enough authors to fill that kind of schedule yet. Well, Walter who was never one to be stopped, said we had to find a way. Monica did and Arabesque was launched and many great writers started their careers with Kensington, such as Kim Roby, Felicia Mason, Gwynne Forster and many many more.”

Steven Zacharius: “On a trip down to see Robert Johnson with Walter and our publisher, we were going to talk to Robert Johnston about starting a book club associated with BET, using their television presence to obtain members. Bob Johnson said, “well why don’t I just buy the imprint from you”? My dad kicked me under the table and within two months a deal was done to sell the imprint with the understanding that we were going to run it for BET for the next five years, since they had no knowledge of publishing. Finally BET itself along with the imprint was sold to Viacom and then Harlequin ended up buying the imprint from Viacom. During this five year period, Kensington was able to publish African-American fiction, but not romance. At the end of the five year period we went back into the romance genre full-force and started Dafina.”
2000: Kensington launched Dafina Books
Steven Zacharius: With the launch of Dafina we took new authors to soaring new heights, including….see names below……far exceeding the initial success when we owned Arabesque. We were now publishing some of these authors in hardcover and the market had exploded. Kensington has always been a publisher that finds a specific niche market and then develops it to its maximum potential. This was true from the very first imprint when we launched Zebra Books nearly 50 years ago and it continued when we launched Dafina 20 years ago this year. We will always be on the lookout for new voices and readers so that Kensington can continue its David versus Goliath battle in a family owned publishing company versus the billion dollar conglomerates. We couldn’t do this without the amazing authors that have become part of our family.

Dafina has become known as the leading publisher of fiction and nonfiction written by and about people of color. The word Dafina, which is Swahili for an unexpected gift or treasure, reflects the imprint’s mission: to share the gift of storytelling. Dafina Books publishes over fifty books a year in hardcover, trade paperback, mass market, and eBook. In 2020, Dafina celebrates its 20th anniversary with a diverse list of fiction that includes longtime Dafina authors such as Mary Monroe, Kiki Swinson, Mary B. Morrison, De’nesha Diamond and Lutishia Lovely, as well as big names in the category like Rochelle Alers, ReShonda Tate Billingsley, Tu-Shinda Whittaker and Rebekah Weatherspoon. We also have new books from relative newcomers to Dafina like Briana Cole, Nita Brooks, Sharina Harris, Porscha Sterling and Leo Sullivan.

I think the unifying theme in Dafina is humanity. It’s a shame to say it, but a huge part of the reason lines like Dafina exist is because for a long time, Black people weren’t seen as…people. Not to say things are perfect now, but the arts is one area where it can be easier to get someone to open up their mind and engage with someone who’s a little--or a lot--different from themselves. And I think every Dafina title, whether it’s a biography, street lit, suspense or book club novel, creates a little world for the reader to sink into and live as someone else for a little while.

I think the main thing is that Kensington has truly been a leader in this area, from the time Walter Zacharius created Arabesque Books. So it’s a really important part of our identity and something that every single person at this company feels strongly about continuing into the future. Also, there is a real loyalty in the readership for authors like Mary Monroe, Shelly Ellis, and Kiki Swinson —borne, I believe, out of finding a home when everyone else was telling you that you don’t belong.

I’ve got so many goals! But one thing I’m really keen on doing is acquiring novels that are specifically engaging with cultural identity as central to their plot. Happily, we already have authors on our list (for example, Aya de León and her Justice Hustlers series) doing this work and I’m excited to see the team expand in that area. We’re also hoping to reinvigorate our nonfiction list–one of the true goals of diversity is creating diversity of thought, so we’ll be looking for nonfiction in popular subjects from points of view that haven’t been heard as often.

When it was first established, Dafina’s slogan was “Publishing books by and about African-Americans.” At a time when African-American was a genre by default, having an imprint that acquired, promoted, and published books categorized in this way was vital. Over the years, that catchline evolved to “books by and about people of African descent,” acknowledging that not all of the books’ authors – or the characters they wrote – identified as African-American. More recently and as we move forward, however, we’ve felt it important that Dafina’s mission explicitly communicate the more nuanced understanding of race and identity that is reflected in the authors and books it publishes. We now characterize Dafina as an imprint with a focus on commercial fiction and non-fiction that centers race and cultural identity. I think this desire to define the imprint in ways beyond simply having people of a certain race in the books shows both the way Dafina has changed over the years and the vision for Dafina going forward.

I think the publishing industry can fall into the trap of thinking that if you’re writing about race, then the book is a downer. There are many serious, unflinching conversations to be had around this topic, and I want those. But I’d love to see submissions that are celebratory as well, that speak truthfully to the characters’ experiences in all facets of their lives, including the most joyful. Even in the hardest of times, people laugh and love and play silly games with their friends and I’d love more submissions that highlight all the cultural specifics that inform those parts of our lives. Some upcoming Dafina releases that do this well are THE GIFT OF FAMILY by Mary Monroe, THE SEASIDE CAFÉ by Rochelle Alers, and THE ESSENCE OF PERFECTION by Nita Brooks.

Publishing may be a majority white industry, but it has never been an all-white industry. And I feel strongly about the importance of increased diversity, but also the importance of not erasing those of us that are here, some for decades. And what I’ve found in this particular corner of the industry is an understanding and camaraderie around this specific tension—a drive to push for growth and change without ignoring everyone who has already been doing the work. 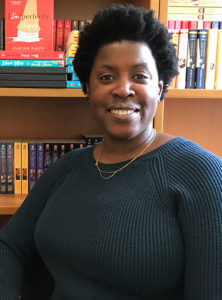 Esi Sogah joined Kensington Publishing in January 2013 and is now an Executive Editor. She has worked with such critically acclaimed and bestselling authors as Alyssa Cole, Kate Clayborn, Mary Monroe and Dr. Jen Gunter. She acquires across all genres, fiction and non-fiction, and has recently taken on the role of managing strategy for the Dafina imprint, which focuses on books that center stories of race and cultural identity. Dafina is celebrating its 20th anniversary in 2020 and is home to such authors as Mary B. Morrison, Kiki Swinson, Shelly Ellis, Rochelle Alers, and Tu-Shonda L. Whitaker.