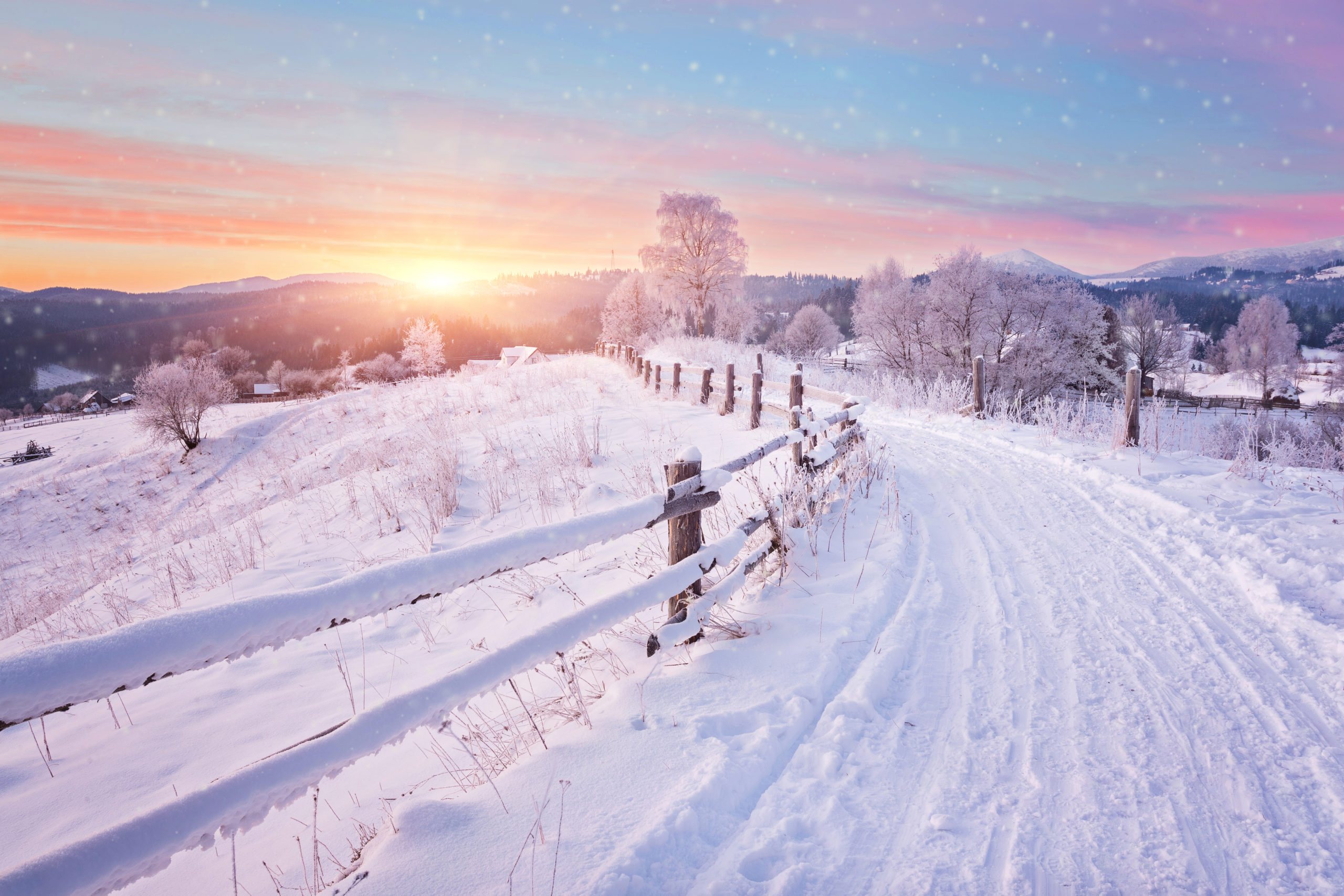 “I’m dreaming of a White Christmas, just like the ones I used to know…”

Whenever I find myself humming that tune, I have to laugh. The Christmases I used to know were definitely on the green side. I spent my first twenty-one years in Texas, which was a wonderful place to grow up but not particularly conducive to anything involving frozen precipitation. To me, snow and ice were exotic, something seen on the television during Olympic years or on wintry Saturday afternoons watching Wide World of Sports. Traditional winter pastimes always captured my imagination–one-horse open sleighs, skating, skiing, wassailing… I had no idea what wassailing was, but it sounded more fun than what I was up to.

For some reason—wishful thinking, maybe—my family owned a sled, an ancient Flexible Flyer with rusting red runners that hung on a wall in a storeroom next to the horse saddle and the hand tools. The only time I ever saw it used was when my older siblings had the brilliant idea to defy the laws of physics (and potential head injuries) and arrange stacks of rectangular hay bales in the barn into a pyramid to simulate a sled hill. This venture was about as successful as you’d imagine, but, astonishingly, we all survived.

We finally did experience snowfall during a Christmas holiday—several inches! A friend who’d moved to our area from New York hurried over with her toboggan sled, which could carry three of us. We had a steep hill next to a pond that was perfect for sledding, except for one hitch: the hill dead-ended abruptly into a barbed wire fence. Still, we spent a joyful afternoon whooping our way down that hill and became very adept at bailing out before we hit the fence.

As an adult I moved to Montreal and began to understand snow and ice had non-magical qualities as well. By then I was too aware of orthopedic setbacks to strap on skis or skates, but I never got over the fascination of watching snowfall, or seeing the excitement in kids’ faces as they headed to the park with their hockey sticks, sleds, and skates.

Naturally, when it came time to dream up a cozy Christmas mystery series, I knew I wanted there to be plenty of snow—so why not go right to the source, the North Pole? At the beginning of Mrs. Claus and the Santaland Slayings, April Claus arrives in Santaland after a whirlwind marriage to Nick Claus, aka Santa. Since she moves there from the coast of Oregon, year-round snow is new to her, but so are elves, sentient snowmen, and talking reindeer. She’s also new to detective work, a pursuit she throws herself into after an irascible elf named Giblet Hollyberry is killed and Nick is considered a prime suspect.

Whether you’re nostalgic for white Christmases or have known only the green kind, I hope you’ll enjoy a trip to snowy Christmastown with a little mystery on the side!

This Christmas season, travel to the North Pole you’ve never seen before—where Santa’s new wife, April Claus, is not only set on creating the perfect holiday—she’s also set on solving the perfect crime…

Love is full of surprises—though few compare to realizing that you’re marrying the real-life Santa. April Claus dearly loves her new husband, Nick, but adjusting to life in the North Pole is not all sugarplums and candy canes. Especially when a cantankerous elf named Giblet Hollyberry is killed—felled by a black widow spider in his stocking—shortly after publicly arguing with Nick.

Christmastown is hardly a hotbed of crime, aside from mishaps caused by too much eggnog, but April disagrees with Constable Crinkle’s verdict of accidental death. As April sets out to find the culprit, it’ll mean putting the future of Christmas on the line—and hoping her own name isn’t on a lethal naughty list . . .