I have a confession. I am a finicky eater.

So why am I writing a cozy mystery series that revolves around food? Because I love watching cooking shows! Although I’d probably never eat half, okay three-quarters, of the items the chefs prepare on television, I still love to watch their cooking process and have picked up kitchen tips and cooking tricks I now incorporate in my own meal preparation or baking.

Unlike my plain tastes in food, I crave variety in cooking shows. I tune in to watch the trained chefs, home cooks and baking competitions. So it’s no surprise my new Courtney Archer mystery series is a mixture of all of the elements I love to watch.

Courtney is a trained chef with an emphasis on fruit and vegetable carving but became a household name when Cooking with the Farmer’s Daughter, the show she hosts, ratings soared. Because of the theme of the show, she never gets to use her formal training or carving skills. In addition to her weekly show, she’s asked to cohost a baking competition, The American Baking Battle, where she learns she has another talent, solving mysteries.

When a contestant of the baking competition is murdered with her cast-iron fry pan of cherry cobbler, Courtney has to prove her innocence by figuring out who actually committed the murder all while smiling for the cameras because the show must go on!

Courtney’s counterparts on The American Baking Battle are varied in their culinary training and stages of their careers. Her co-host is a television game show host while the judges are a trained and renowned chef and a dietitian turned Southern home cook. They all have their own television shows in addition to the baking competition and their backgrounds make for interesting comradery during filming down time.

In real life I am amazed at some of the ensemble casts who co-host cooking shows. Their backgrounds are so varied yet they mesh well in the kitchen. The single host shows are scripted so you feel like you are in their kitchen getting a private cooking lesson and with some of the hosts you get a glimpse into their personal lives.

I hope my love of watching the art of cooking comes through in my stories and even though I have a picky palate, I do try some of the recipes. I’m happy to say they look as good as they taste! 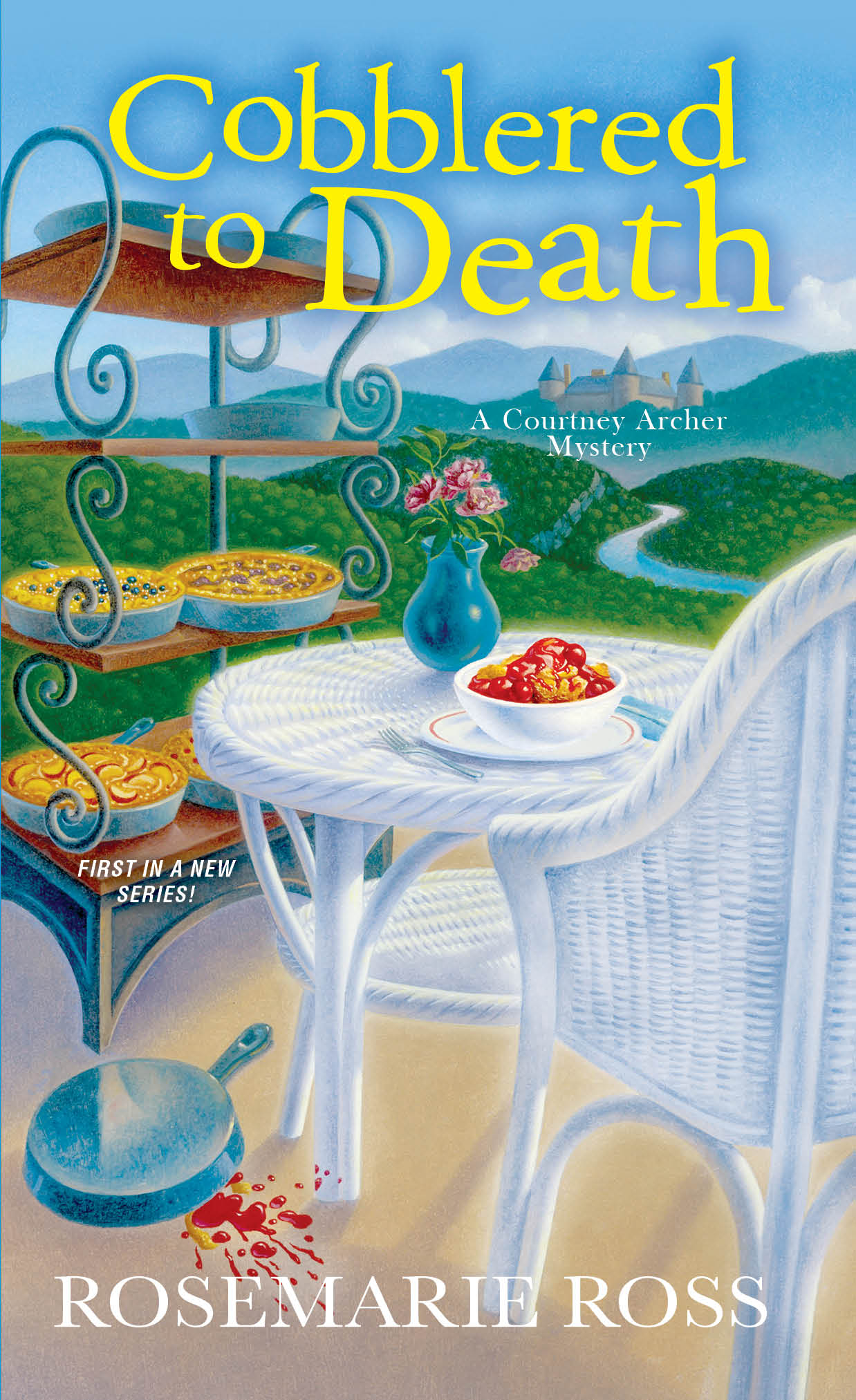 Courtney Archer is known for hosting the show Cooking with the Farmer’s Daughter . . . despite the fact that she’s actually a pediatrician’s daughter. Now she’s signed on for a role on The American Baking Battle. On this reality show, she can start developing a more authentic image for herself—and as a bonus, the usual backstabbing and manufactured drama isn’t part of the Baking Battle script. But genuine drama is heating up behind the scenes . . .

During a film shoot in the scenic Pocono Mountains, Courtney has to juggle career commitments like pots on a six-burner stove. Adding to the stress is Mick, a contestant who finds out about her fake farm-girl story. Determined to succeed at her new gig, she whips up a cherry cobbler in a cast-iron fry pan one evening and leaves it out to cool. But the next morning, it’s Mick’s body that’s cooling—right next to Courtney’s pan, now classified as a murder weapon . . .