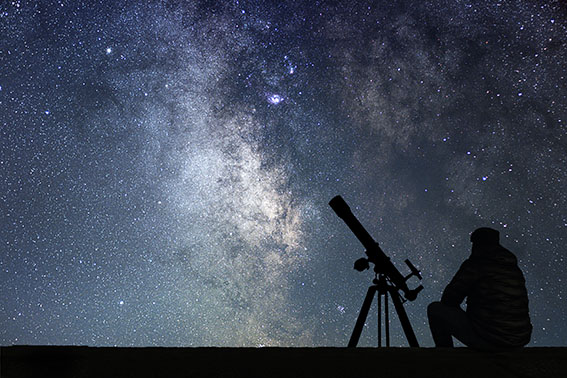 Spend the day at the zoo. Pretend you can secretly talk to one species of animal. The first animal you make direct eye contact with– that’s the one you can secretly talk to. Imagine you’re there to give them a message– and get one back from them. Imagine. Everyone else is just there to see the giraffes and eat greasy food. You are on a mission. I can’t wait to see what wisdom the wild animals have for me today.

I’ve always wanted to own a telescope. I’ve lived in too many cities to make it worth it, unless I want to be one of those creepy people spying into condo windows. Although that does sound fascinating for a writer, it’s still a bridge too far. So this summer I’m going to have to make it somewhere with open, clear skies, and do some star gazing. It’s good for the soul.

Long walks with the dog

I have a six-year-old Labradoodle named Penny. We’ve been together since she was three months old. I was living in Queens New York and it was my birthday. I have no idea why but I opened Craigslist pets and I typed in Labradoodle. And there she was– my midlife crisis puppy. Winter has been harsh this year, our walks cut shorter. It sounds simple but I’m very much looking forward to our two hour long walks along the lake, stopping to sit on the grass, or my dog begging to drink from the water fountain like a person. (Note, other people don’t seem to find this as adorable, so yes I bring water for her). There’s nothing like freezing for six months to make you appreciate a stroll in the sun. Bring it on.

I can’t always afford the time or money to take a big trip. That’s why I like mini-vacations. Take a train or drive or fly to a new city. On my list is Asheville, NC, Nashville TN, and Santa Fe New Mexico. I love exploring a new city, but it’s not the usual tourist things I enjoy the most. I prefer to just stroll down a busy street, research a restaurant, find cool shops. I like to sit and write in new places, see where people live, and imagine myself there. Amtrak is a fun way to travel when I can swing it. Sometimes even getting a hotel room in your own city, away from your usual surroundings is enough to feel like you’ve had a mini-break. And when all that fails, there’s always a good book to whisk you away from the madness.