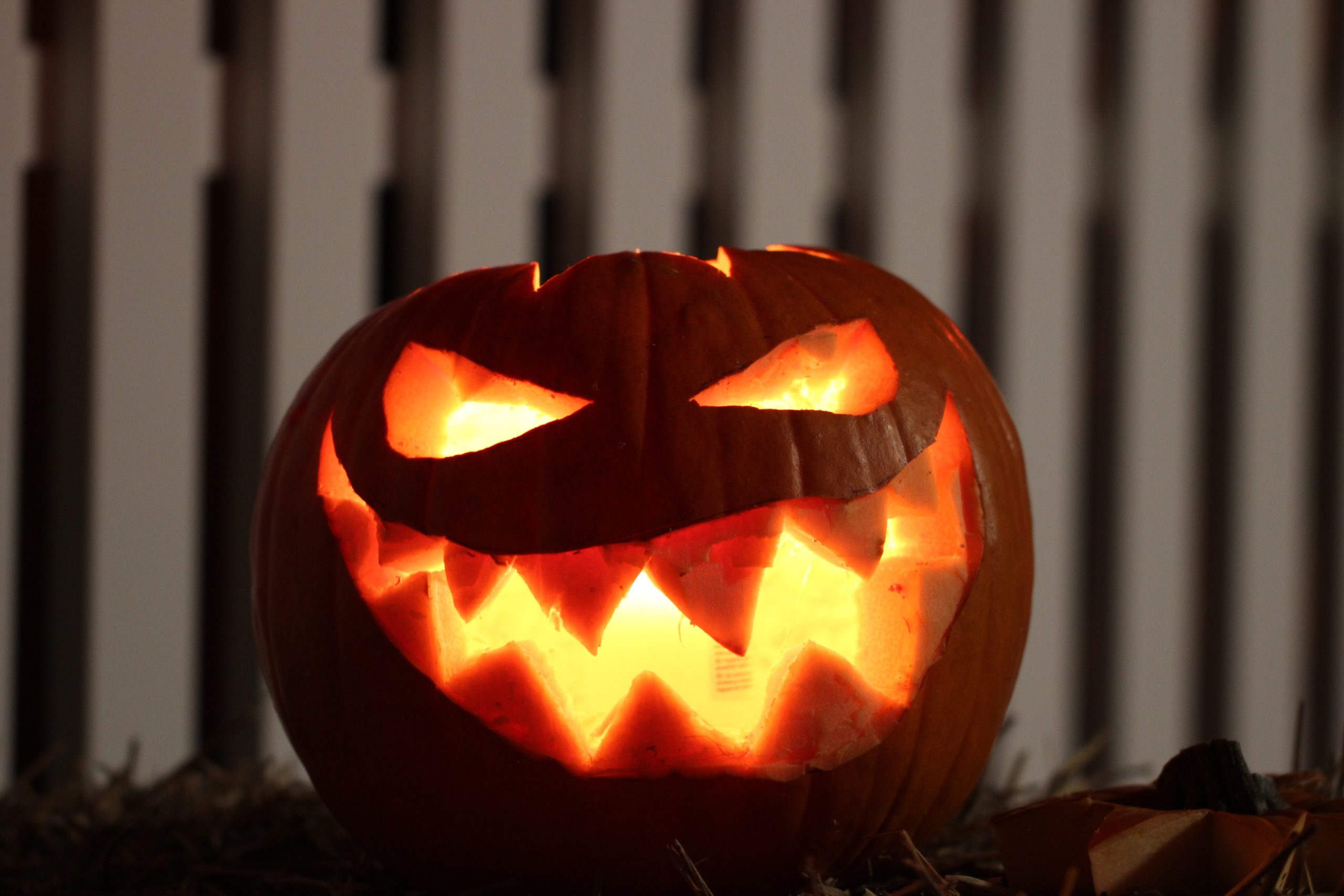 Halloween is a time for thrills and chills. For scary costumes and scarier decorations. For haunted houses and ghoulish stories told in the dark. But one of the scariest things might be sitting on your front porch.

It is… your jack-o’-lantern?

This chilling Halloween tradition is not only loved by children and adults alike, but by bears—black, grizzly, and polar—depending on where you live. And Halloween occurs just as those giant beasts are storing up calories and really packing on the pounds as they prepare to hibernate from November to March. Every year, conservationists warn about the dangers of pumpkins and jack-o’-lanterns, and how they annually draw bears because they’re easy pickings. And if you think “That can’t happen to me. I don’t live out in the middle of nowhere”, keep in mind that only a few weeks ago, a bear wandered onto a front porch in Connecticut and stole their pumpkin. Now that’s terrifying!

So what can you do if you live in an area shared by bears? The first tip is never leave anything outside that s bear might consider food, including a pumpkin. If you really want your pumpkin on your front porch and not just displayed in a front window, experts recommend bringing your pumpkin in at night to avoid unwelcome visitors. Of course, the next question is what do you do if a bear strolls up to you and it isn’t a Halloween costume?

There are several tips that will help keep you safe if you come face to face with an actual bear:

Now, we can’t really blame bears from wanting to get their paws on such a delectable treat. For humans and animals, pumpkin is a very healthy vegetable (okay, yes, it’s technically a fruit, but that’s another topic…). Pumpkin is not only high in fiber, but it’s also high in beta-carotene, which is converted to Vitamin A after eating. It can also be used to supplement the diet of dogs suffering from mild gastrointestinal upset.

Luckily, many dogs love pumpkin. If you’re a dog owner, you can share pumpkin with your dog in a number of ways:

Or you can try one of the following healthy treats:

Sara Driscoll is the pen name of Jen J. Danna and Ann Vanderlaan, authors of the Abbott and Lowell Forensic Mysteries. Jen is an infectious disease researcher at a cutting-edge Canadian university near Toronto, but loves to spend her free time writing the thrilling and mysterious. Ann lives in western North Carolina with three rescued pit bulls, including Kane, a certified therapy dog and titled nose work competitor. You can follow the latest news on the FBI K-9 Mysteries at saradriscollauthor.com. 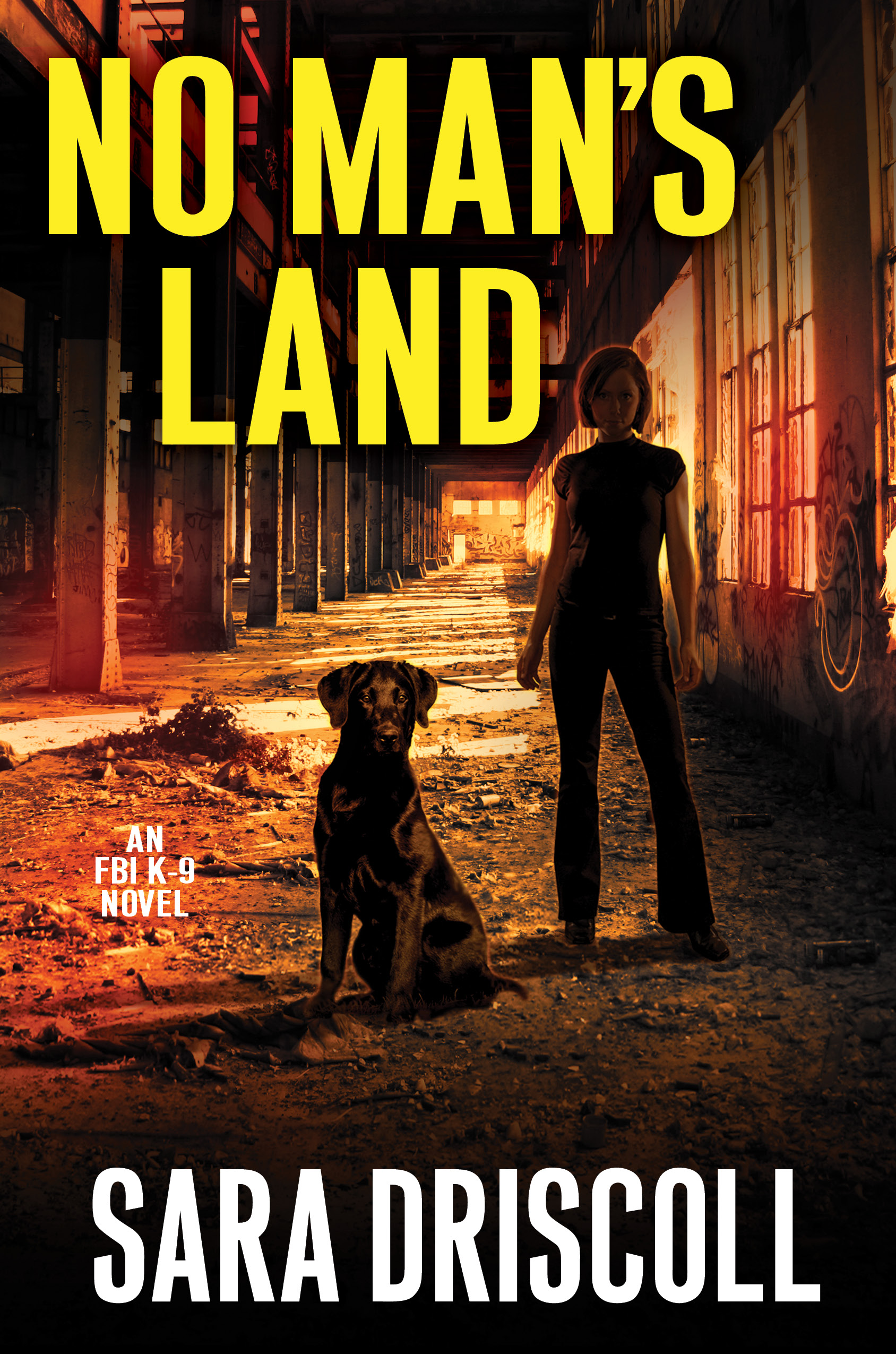 For Meg Jennings and her K-9 companion, Hawk, exploring the ruins of a deserted building is an exciting way to sharpen their skills without the life-or-death stakes they face as part of the FBI’s Human Scent Evidence Team. But deep in the echoing rooms of an abandoned asylum, Hawk finds the body of an elderly woman. The victim couldn’t have made her way into the derelict building on her own. Before forty-eight hours pass, Meg learns of more cases of elders found dead in neglected urban structures.

There’s not enough evidence to link the deaths—yet. But Meg scents a pattern, and when she gets word of another senior gone missing, she and Hawk don’t hesitate. Meg is sure a murderer is hunting the elderly, and she can prove it if she can just find a connection. It will take the expert coordination of her whole team, along with help from Clay McCord and Todd Webb, to uncover the means, let alone a motive. And to stop someone who has operated in the dark for so long, Meg will need to risk more than she has to give . . .