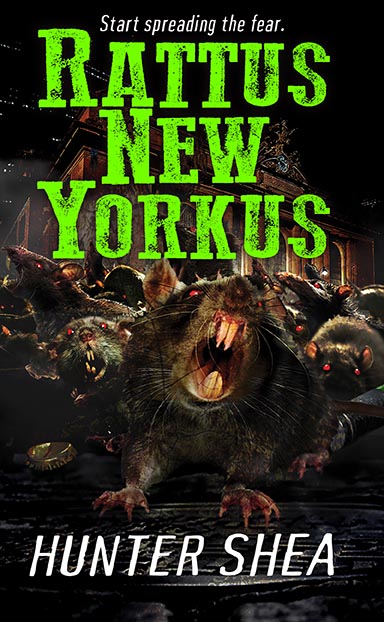 From alligators patrolling the sewers, to hordes of cockroaches that will outlive man’s hustle and bustle, and mutant rats as big as cats…or dogs! The Big Apple is full of animal myths, though some of them are more truth than fiction.

Growing up in the nearby Bronx, I often worried that a rat or baby gator would swim up the toilet and bite me on my butt or come crawling out of the plumbing. My father assured me over and over that no such thing had ever happened and to stop being a total moron. Sage advice. I’ve stayed around the NYC area all my life, and I have yet to have a rat join me in a relaxing bath or find a gator nipping at my finger when I turn on the water.

I got comfortable. I let my guard down. I stopped being a moron. I’d forgotten all about my fear of what lurked in the drains and pipes.

Until this past July.

In a brownstone in Brooklyn, a couple watched a rat crawl from the damp depths of their drain and skitter around their sink. In their words, it looked “like a zombie coming out of the grave”. Both humans and rat were properly freaked out, said rodent leaving the only way he knew how, back down the drain.

I wish you could see me shivering.

There is hope, not just for this couple but for anyone who has rats slipping in and out of their drains (whether they know it or not). Rats are smart. We’re talking, if you knew how smart they really are, you might move to Alberta Province in Canada, one of the few places where there are no rats. If they writhe out of your sink and there’s no food for them in the immediate area, they’ll leave, never to return. So think twice before you leave that half-eaten ham sandwich on your toilet tank lid.

Rats learn, they adapt, and they outsmart humans each and every day. Want to put out some poison for them? They’ll send the weakest of the bunch, let him/her eat the poison and wait to see what happens. If their brethren dies, so does their need to sample the poison. Rats – 1, Humans – 0.

It’s not all that comforting to know that the urban legend of rats using our plumbing as a kind of vermin subway is actually fact. When I run the water on my toothbrush tomorrow morning, will a twitching little snout lap up my toothpaste? Do I have to check the toilet every time before I sit on my throne? Should I throw away the bubble bath, worried that the bubbles will conceal a hairy swimmer as the tub fills up?

And what if there ever was such a thing as a zombie rat? We just had reports of ‘zombie’ raccoons in Central Park. Is The Skittering Dead next?

Let’s face it, the rats outnumber us and maybe we’re the intruders. Though they do depend on us, and our penchant for piling up garbage and wasting food, to eat. So maybe we’re here to be their chefs and waiters. If that’s the case, I demand a tip. 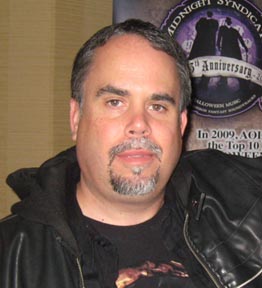 Hunter Shea is the author of the novels The Montauk Monster, Sinister Entity, Forest of Shadows, Swamp Monster Massacre, and Evil Eternal. His stories have appeared in numerous magazines, including Dark Moon Digest, Morpheus Tales and the Cemetery Dance anthology Shocklines : Fresh Voices in Terror. His obsession with all things horrific has led him to real life exploration of the paranormal, interviews with exorcists and other things that would keep most people awake with the lights on. He lives in New York with his family and vindictive cat. He waits with Biblical patience for the Mets to win a World Series. You can follow his travails at huntershea.com.