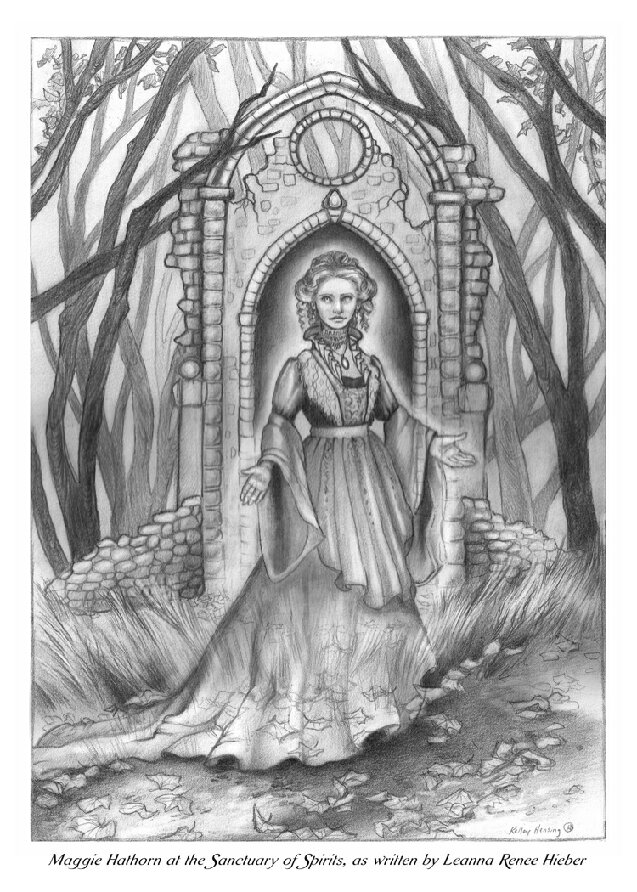 How a background as a professional actress and tour guide makes THE SPECTRAL CITY Series come alive. 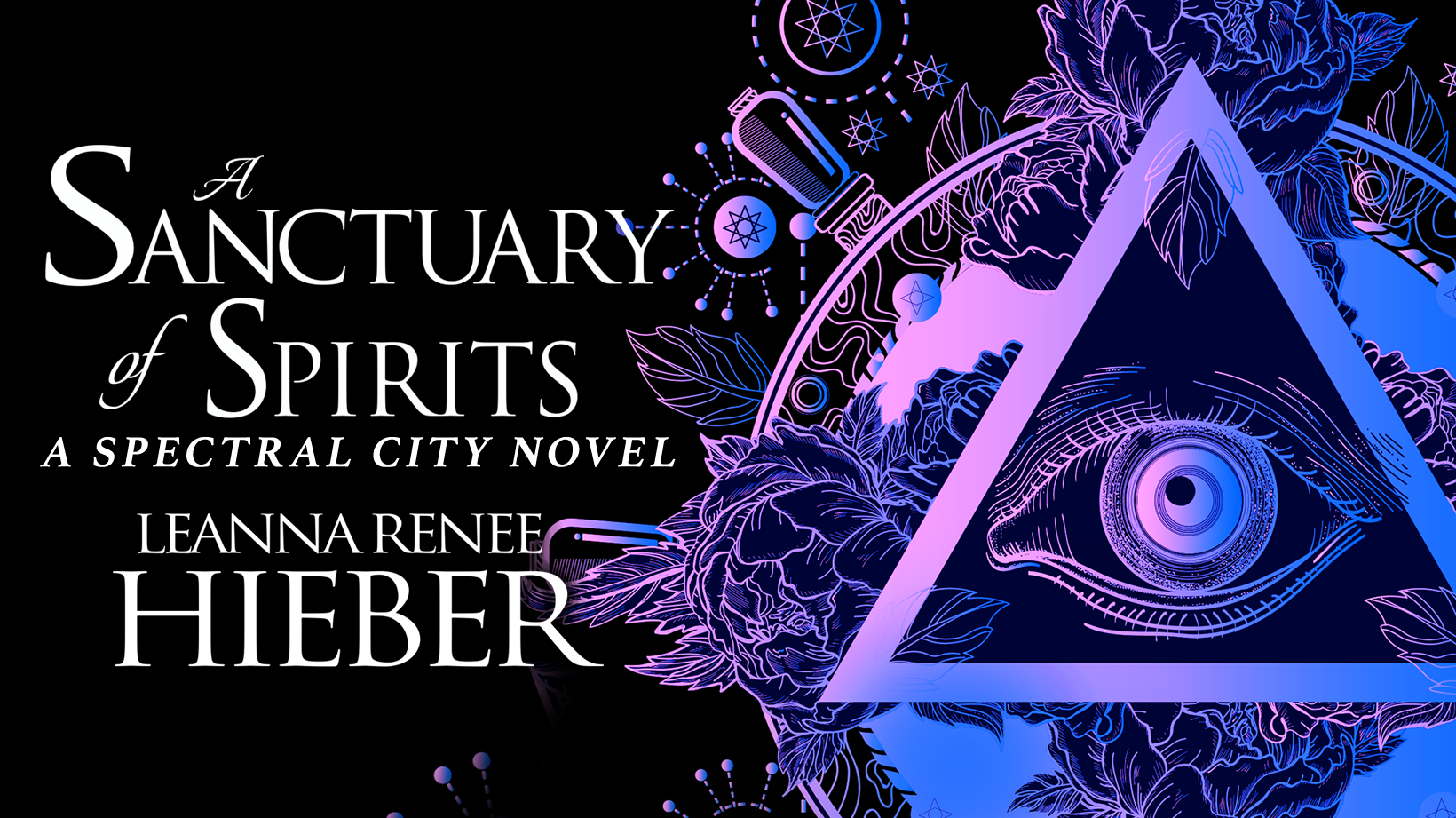 I’m often asked if my being a professional actress helps me as a writer. It does, in countless ways. Theatre is a holistic aspect of how I see the world and operate as an artistic professional. One of the most often complimented aspects of my work is my ability to create atmosphere and ‘set the stage’ for my novels. This is most certainly due to a life on the boards. My penchant for diving deep into character, reveling in the intricacies of dialogue and inner monologue all comes from professional theatre and playwrighting training. I became a professional novelist after I’d established myself on stage.

I set my books in the late 19th century because it’s the era that birthed our modernity, a time of fighting for rights, the advent of the telephone and electricity, widespread plumbing and the onset of mass transit. It’s somewhat recognizable to us and yet, the Victorians are rife with conflict and hypocrisy and old-fashioned notions even despite so much innovation that the era is a source of dramatic tension and conflict in and of itself.

One of the most important factors in differentiating the daily life of a modern character from that of any historical character is their clothing. This is especially important for women, whose fashion has changed far more radically and comprehensively than basic men’s clothing through the years. We all wear on average far less layers (and pounds of clothing) in the 21st century than the 19th.  So the most important gift the theatre gave my historical novels is a tactile reality and personal experience ‘existing’ in other time periods with which I can paint details.

How we move in our clothes and interact with our world is an aspect we take for granted, but as a writer I can’t possibly, not if I’m writing strong, empowered women who, while they may chafe against the restrictive society roles and mores around them, still remain influenced and bound to the fashion of the age. Knowing what it is like to move, sit, prepare food, lift, climb stairs, walk, trot, run, seize, weep and collapse in a restrictive corset, bodice, bustle, petticoat, hat, layers, gloves, and other accessories- all of which I’ve personally experienced in various historical plays and presentations I’ve acted in- is vitally important to taking the reader physically as well as visually and emotionally through what my characters experience. The precise unease of chafing corset bones against your skin helps me consider my heroic ladies of The Spectral City that much more impressive considering all the crazed antics I have them do. Just hardly comfortably.

Overcoming restrictions is a big theme in my work. That a restrictive society further enclosed its women in cages of undergarments and elaborate systems of outerwear is too important a factor of world-building not to note. I hope it sets a tone for how readers can feel my work as well as read it. I don’t go overboard with mention of it, but it’s certainly there.

Another vital part of my work is experiencing the spaces and places I write about and making those explorations very real for my readers. I’m a licensed New York City tour guide, so I have walked the streets my characters walk, I know the historic places still seen and celebrated today and the history I pepper in throughout the series is real history, parallel to the ghosts and their stories. I write historical fantasy, yes, but the historical part is real. The fantastical I leave to all my paranormal happenings. But even the ghosts come from reality, such as little Zofia, a Polish immigrant child who perished in a garment district fire. Long before the horrific reality of the Triangle Shirtwaist Factory fire in 1911, people were dying in sweatshop fires all around the city, part of what led to the dramatic rise in labor movement activism as the 19th century drew to a close, a movement that would boil over into the early 20th century and crest in the Uprising of the 20,000 in 1910 and burst into literal flames after the Triangle fire the following year. Zofia is a precursor to those realities.

The merging of the tactile and the paranormal allows for history, fantasy and reality all to leave their indelible marks. I try to make history and fantasy as immersive for my readers as possible. I try to set the stage I live and work in; New York City, with the characters, alive and dead, that I’ve taken into my heart, made real by my deep investment in every aspect of their character and the history they lived, hoping you’ll all fall in love with them and their surroundings as much as I have. 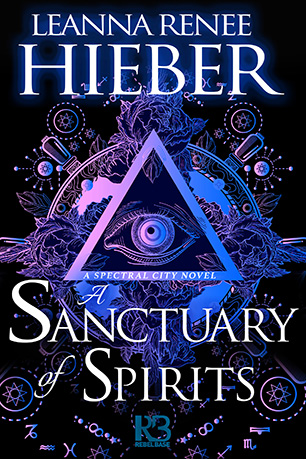 New York, 1899, and the police department’s best ally is the secret Ghost Precinct, where spirits and psychics help solve the city’s most perplexing crimes . . .

There’s more than one way to catch a killer—though the methods employed by the NYPD’s Ghost Precinct, an all-female team of psychics and spiritualists led by gifted young medium Eve Whitby, are unconventional to say the least. Eve is concerned by the backlash that threatens the department—and by the discovery of an otherworldly realm, the Ghost Sanctuary, where the dead can provide answers. But is there a price to be paid for Eve and her colleagues venturing beyond the land of the living?

Searching for clues about a mortician’s disappearance, Eve encounters a charismatic magician and mesmerist whose abilities are unlike any she’s seen. Is he a link to mysterious deaths around the city, or to the Ghost Sanctuary? Torn between the bonds of her team and her growing relationship with the dashing Detective Horowitz, Eve must discern truth from illusion and friend from foe, before another soul vanishes into the ether . . .

“Will have readers chomping at the bit for more.” —Suspense Magazine on Eterna and Omega