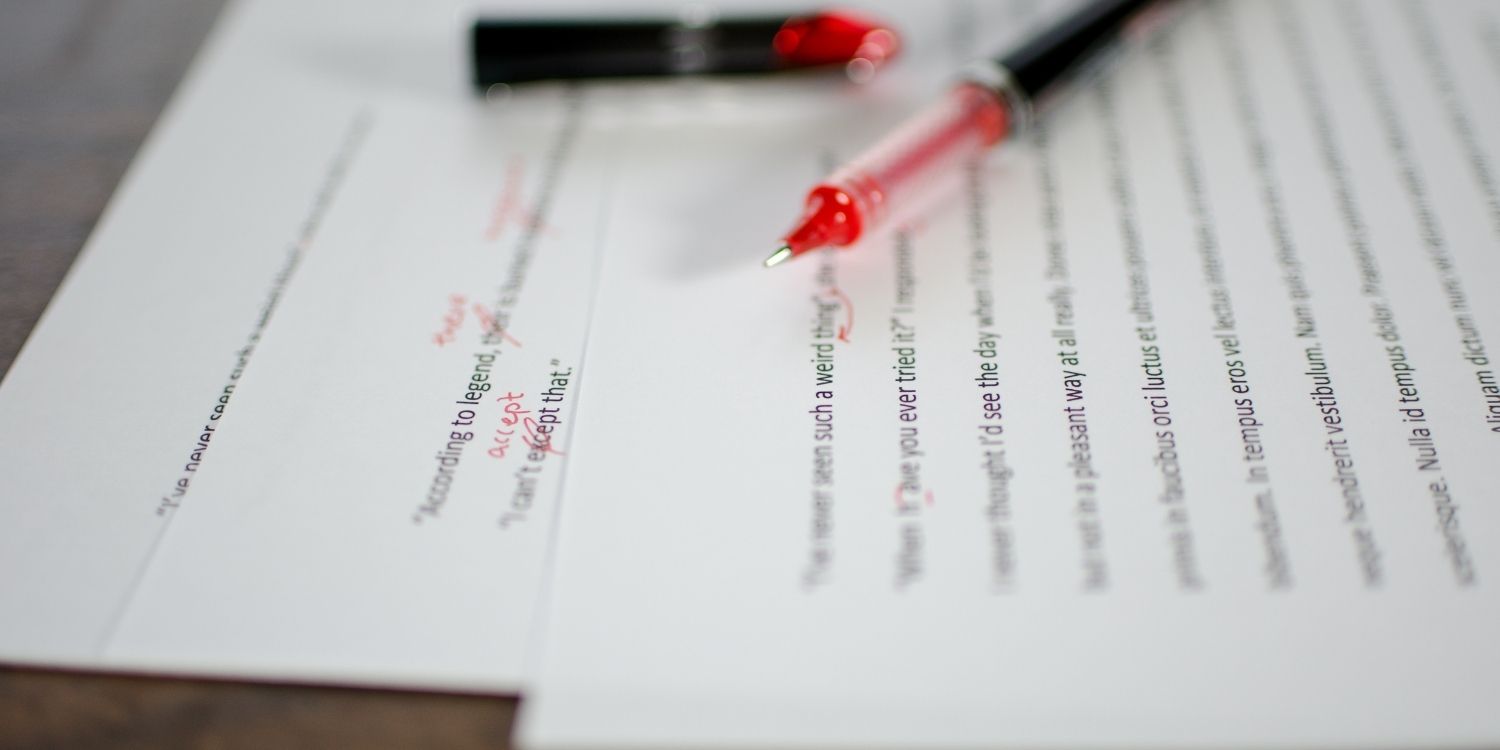 If my editor approves the manuscript, he does so with some comments on how to make the story stronger. These comments come in the form of an editorial letter. It’s a more formal version of the feedback I get from my First Readers. I’m allowed two weeks to make the changes. If writing is creating something from nothing, editing is turning something into something better. This is hands down the best and most rewarding part of the writing process.

I’ve been asked many times about these editorial changes, and how dramatic they are. The answer depends on the manuscript. Some suggestions pertain to character development and motivations. Some have to do with the structure of the novel. Some of the changes require a lot of work, others are easy fixes. But the suggestions are always geared toward making the final version of the manuscript better, and I’ve always found them helpful.

For an example of a change my editor made to one of my books, I’ll use Summit Lake again. In the manuscript I delivered to my editor, the revelation of how Becca Eckersley was killed, who killed her, how the killer had gotten into the house, and how they had managed to escape from the crime scene was written in one loooong chapter. If you’ve read any of my books, you’ll notice that as things get tense toward the end of the book, the chapters get shorter. This is done intentionally to create urgency and cause the reader to fly through the final pages. After reading Summit Lake, my editor pointed out that I had methodically plotted the novel right up to that climactic chapter, feeding the reader just enough in each previous chapter to hook them and make them want to turn to the next page. Then, I dumped everything on them in one long chapter.

The suspense leading to the climax of a thriller is supposed to be like climbing a winding staircase, with each step revealing a little more about the final, jaw-dropping scene. But in my first draft of Summit Lake, I turned the staircase into a stoop. I overloaded the reader with everything too quickly, and without allowing them the thrill of climbing each step of the staircase. Rewriting those scenes—when Becca arrives at the lake house, hears the knock at the door, peels the curtain aside to see her killer, and then opens the door—and spreading the details out over a few chapters added so much suspense that it redefined the story. Those scenes are hands down what readers love most about the book, and it’s all thanks to my editor. No, he didn’t write a single word, but he helped me organize thoughts into a more coherent and suspenseful product.

After I make the changes suggested by my editor, the book then goes to the copy editor. This is the person who looks for typos, inconsistencies, and timeline issues. She also does a bit of fact checking.

Here is an example of an error the copy editor found in Don’t Believe It. The original passage looked like this:

“Do you think she knows?” Ellie asked.

Ellie made an unpleasant face. “That Barack Obama is president.“

The copy editor smartly pointed out that the conversation in the passage took place in 2007, before Obama was president. I was writing the book in 2017. I changed the passage to include the sitting president in the year 2007, which was George Bush. Here are the copy editor’s notes.

After the copy edits are complete, the book is out of my hands for many weeks and sometimes months as it enters into production at my publishing house. The next time I see the manuscript is for “page proofs.”

Page proofs come after the manuscript has been formatted and typeset into the exact design it will be printed in. The margins are set and the pages are finalized. This bulk of 400 pages comes back to me via FedEx and represents the last opportunity I have to make changes. Not structural changes (those were made after I received my editorial letter), and not timeline or character changes (those were made during the copy edits). No, this last look is my opportunity to find typos that to this point have slipped past every set of eyes that has read the manuscript. When you consider how many eyes that includes (mine, my First Readers, my agent, my editor, and the copy editor—most of whom read the manuscript multiple times) it’s mind boggling that any typos could go unnoticed. But they do. We’ve all read books and found errors. Many folks who are reading this essay have found errors in my books, and have (kindly?) pointed them out to me in emails. In a passage in Some Choose Darkness, Rory Moore drinks Dark Lard beer, instead of Dark Lord. Beer is fattening enough without adding calories.

Simple typos can go unnoticed, despite so many people looking for them, because none of the folks reading the book are looking only for typos. Most are reading to see if the story works and is coherent. Others are reading to make sure the timeline and facts are correct. No one reads the pages of the manuscript only looking for typos. That’s my job, and it comes at the end of the process when I receive the page proofs.

The problem is that by that point in the process I’m already neck deep into my next manuscript and in no mood to proofread my previous story. Also, it would do no good for me to look for typos at that point. By then, beside writing and re-writing the story multiple times, I will have read it several more times. My mind knows the story so well that I won’t really be reading the story as much as anticipating it. Typos would skate right by.

So I’ve assigned this task to a good friend who used to be a forensic accountant. She’s also an avid reader and loves getting an early look at my books. She has a knack for finding errors. Every time she reads the page proofs she manages to find mistakes everyone else has missed. And not just one or two. Sometimes ten, or twenty, or more! She has saved me lots of embarrassment.

After I send these final corrections in the page proofs back to my publisher, the next time I see the story is when Advance Reader Copies (ARCs) arrive. These advance copies are paperback editions that are put out months before the book is released to the public, and they are sent to media outlets and bloggers with the hope of getting the book reviewed and creating early buzz. These early copies are what The New York Time, Washington Post, Chicago Tribune, and other outlets read when they review books. Fellow authors who are kind enough to offer a cover blurb also receive these editions, as do all the wonderful bloggers who have been kind enough to support me through the years. Depending on the timing, ARCs are sometimes released before the final page proofs have been scoured for typos, and so they are marked as “uncorrected proofs,” which is why early readers occasionally find errors in them.

Some other fun things happen before this point. The copy department at my publishing house creates the “cover copy,” which is the synopsis that goes on the back of the book or on the inside flap. This is the story summary consumers read when deciding whether the book is worthy of their time and money.

Also, the art department finalizes the cover design. Usually, there are a few ideas they are deciding between. More than once a cover has been changed after the sales department decided it needed tweaking in order to make the book more attractive to bookseller and retailers. Only once have I vetoed a cover. Surprisingly, I got my way.

Finally, a box of books arrives on my doorstep a few days before the book is released. Opening that box of books is one of the biggest thrills of being a novelist.