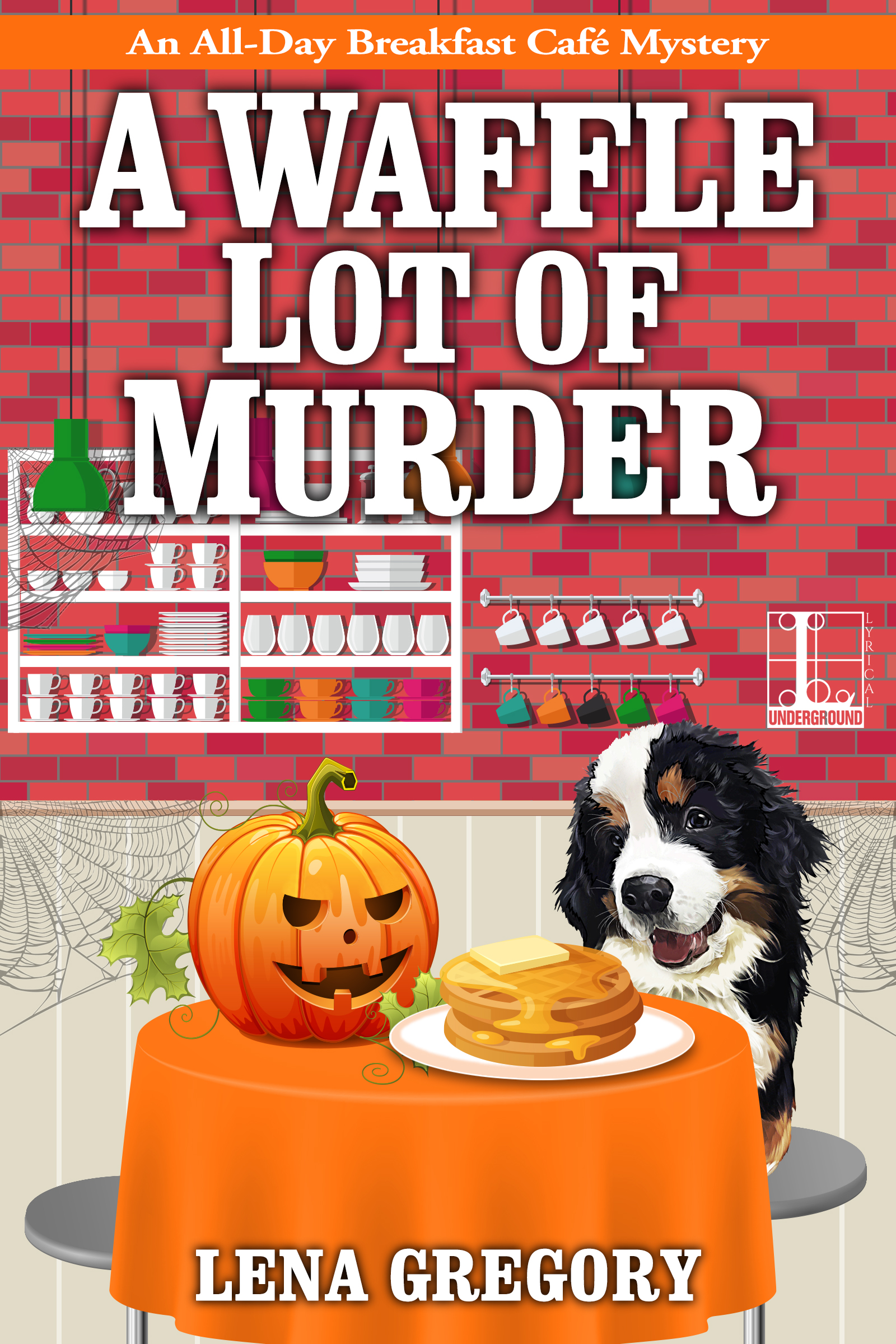 In A Waffle Lot of Murder, Gia misses fall in New York. She misses the clean crisp air, the cool nights, and the amazing array of colors as the leaves turn to shades of red, orange, and gold. She also misses all of the old traditions her favorite season brought with it; driving out to the east end of Long Island’s north shore, visiting farm stands to pick pumpkins and apples, winding her way through corn mazes, and stuffing herself with roasted sweet corn and apple cider.

When she’s offered the chance to participate in the Haunted Town Festival in her new town of Boggy Creek, her friends persuade her to give a new tradition a chance, and she reluctantly agrees. After all, the proceeds will benefit the local animal shelter a good friend of hers runs. She’ll be given a small “house” to haunt, an outbuilding on an abandoned farm that she’ll have to choose a theme for. She and her friends will dress up in scary costumes and “haunt” their house in an attempt to scare everyone who walks through.

Like Gia, I recently moved from Long Island, New York to central Florida. While I love living in Florida, I do miss many of the same things Gia does from fall, including the Spooky Walk, an annual event which raises money for a local camp for children with special needs. My daughter and my middle son volunteered every year, along with my sister and my niece. They’d dress up in ghoulish costumes and scare the daylights out of everyone walking through a dark path in the woods. Even my youngest son, only seven at the time, and I participated one night the last year we were there. It really makes me proud that they chip in to help others, and they have a great time doing it.

Upon arriving at the festival grounds to discuss the Haunted Town Festival with the coordinator, Gia and Savannah walk into a large storage shed and are greeted by a character my sister used every year at the Spooky Walk, a giant wolf that lunges forward. Just picture that jumping out at you from the woods on a dark night!

While the first hints of autumn grace Boggy Creek, Florida, Gia misses the colorful harvest traditions she left behind in New York. On a scramble to make new fall memories—and promote her irresistible pumpkin spice waffles—things take a dark turn when she gets roped into the Haunted Town Festival, a spooky celebration held on deserted farmlands. The desolate area conjures plenty of eerie vibes at night, but Gia and her best friend, Savannah, are nearly frightened to death upon the discovery of the event organizer’s body buried in the nearby woods. More alarming, the local rumor mill says the woman’s shady dealings may have egged someone into sending her to an early grave. Now, there’s no shortage of creepy clues to feast on as Gia and her pals try to stop a killer with a very scary appetite…