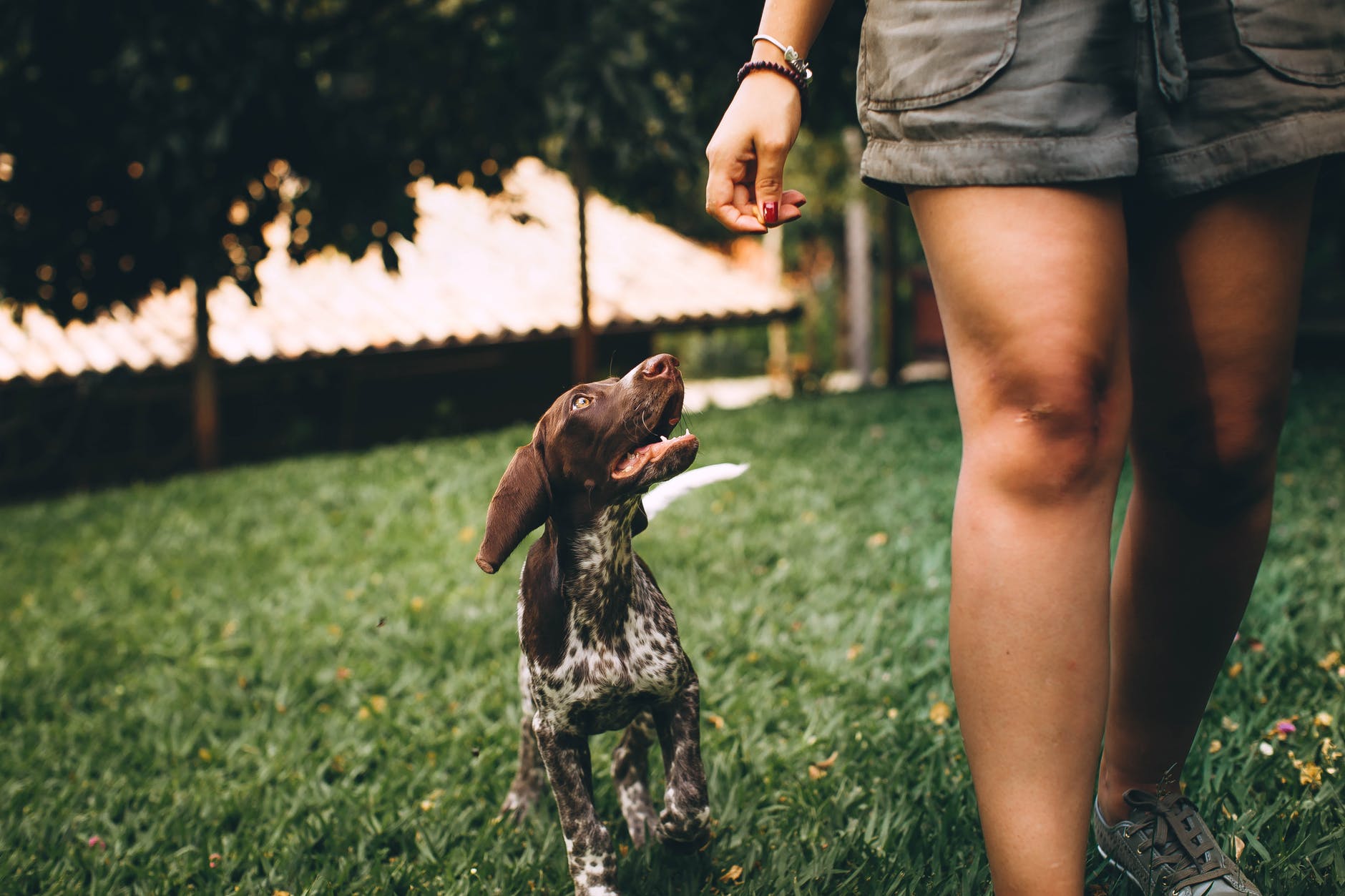 Get ready for MURDER IN THE WINE COUNTRY by Janet Finsilver with a look back at some of the inspiration for the series!

While the dogs discussed in “The Dog Knows” Part One and Two contribute to the quality of our lives, the dogs introduced in Murder at the Fortune Teller’s Table are recognized service animals. Other books in this series have additional service dogs, so I’d like to briefly talk about these animals in general.

Many disabled people depend on service animals to enable them to fully participate in their daily lives. The Americans with Disabilities Act (ADA) generally requires places that don’t allow pets to permit the presence of these trained dogs. The definition of a service dog is one that has been “individually trained to work or perform tasks for an individual with a disability” that is related to the person’s disability.

They are not required to wear vests or any other sort of identification. In situations where it isn’t clear if a dog is a service animal, the staff is allowed to only ask two questions. Is the dog a service animal because of a disability? What work has the dog been trained to perform? They cannot ask for documentation, require a demonstration, or question the person about the nature of their disability.

In Murder at the Fortuneteller’s Table you are introduced to two hearing assistance dogs. Princess, a feisty tan Chihuahua, is now retired due to a hearing loss of her own. Sergeant, a black Chihuahua, has been brought in as her replacement. Princess is owned by Mary Rutledge, one of the crime-solving seniors known as the Silver Sentinels.  Mary’s sister is hard of hearing, and Princess was her assistance dog. When her sister moved, she took Sergeant and Princess stayed with Mary.

Hearing assistance dogs alert their owners to a vast number of sounds. These include alarm clocks buzzing, smoke detectors going off, phones ringing, someone knocking on the door, and the owner’s name being called out. The dogs make physical contact in some way like nudging or pawing. When they have the person’s attention, they lead them to where the sound is coming from.

One very moving story I read talked about a mother of two young children. She found it difficult to relax in her own home because of what she might not hear, especially something like a fire alarm. When she got a hearing dog, a male Papillon, her life changed. She is now able to take naps with her youngest daughter without worrying she’ll miss something. She is “eternally grateful” to everyone who helped to bring the dog into her life.

Jake, a Bernese Mountain Dog, trots into Murder at the Fortune Teller’s Table partway through. Kelly is getting a tour of the community center that her boss is building for the townspeople. A number of veterans live on-site, and they will be learning how to train Post Traumatic Stress Disorder (PTSD) dogs. She meets the man in charge and asks to pet Jake. The excerpt below describes her experience.

I knelt in front of the canine, and he leaned into me. His warmth seeped into my body. He pushed his head against mine. My shoulders relaxed and dropped a few inches. I hadn’t realized how much tension I was carrying.

The trainer asks Kelly if she had been feeling tense, and she acknowledges that was the case. He explains the dog had been providing deep pressure for a calming effect. The technique is used when someone is having a panic attack. The dog will push against the person’s chest or abdomen, depending on where they are and what position they’re in.

Researching PTSD canines was fascinating. The animals are taught to meet the specific needs of their owner. For example, one person might not want people bumping into them so the dog is taught crowd control by repeatedly circling the owner to keep people at a distance. They can be trained to wake people from having nightmares and to remind their owners to take medication. The list of what they do is long and impressive.

I also learned there is such a thing as a dog phone. Really! It’s a device that sits on the floor with a large button in the middle. The phone has a number programmed into it that is appropriate for an emergency call for that individual. For instance, if the person falls and can’t get up, the dog is taught to hit the button. The dogs are helping people suffering from PTSD to regain normal lives.

In Murder at the Marina, you’ll meet Gus, a police bloodhound. He knows how to track ’em and he knows how to hold ’em. I hope you’ll come to visit in the next post of  “The Dog Knows.”

Poisons, prophecies—and a peculiar past…

When a local woman begins searching for a couple she hasn’t seen since the 1960s, Redwood Cove Bed and Breakfast manager Kelly Jackson and the crime-solving group, the “Silver Sentinels,” are quick to help out. They’re also quick to guess that they’re in over their heads after the woman is found dead beside the body of a Greek fortune teller—and a fellow Sentinel gets attacked. As Kelly juggles work and her responsibilities at a food and wine festival in town, she and her sleuthing posse must confront a killer obsessed with old secrets . . . and solve a murder mystery more than fifty years in the making . . .