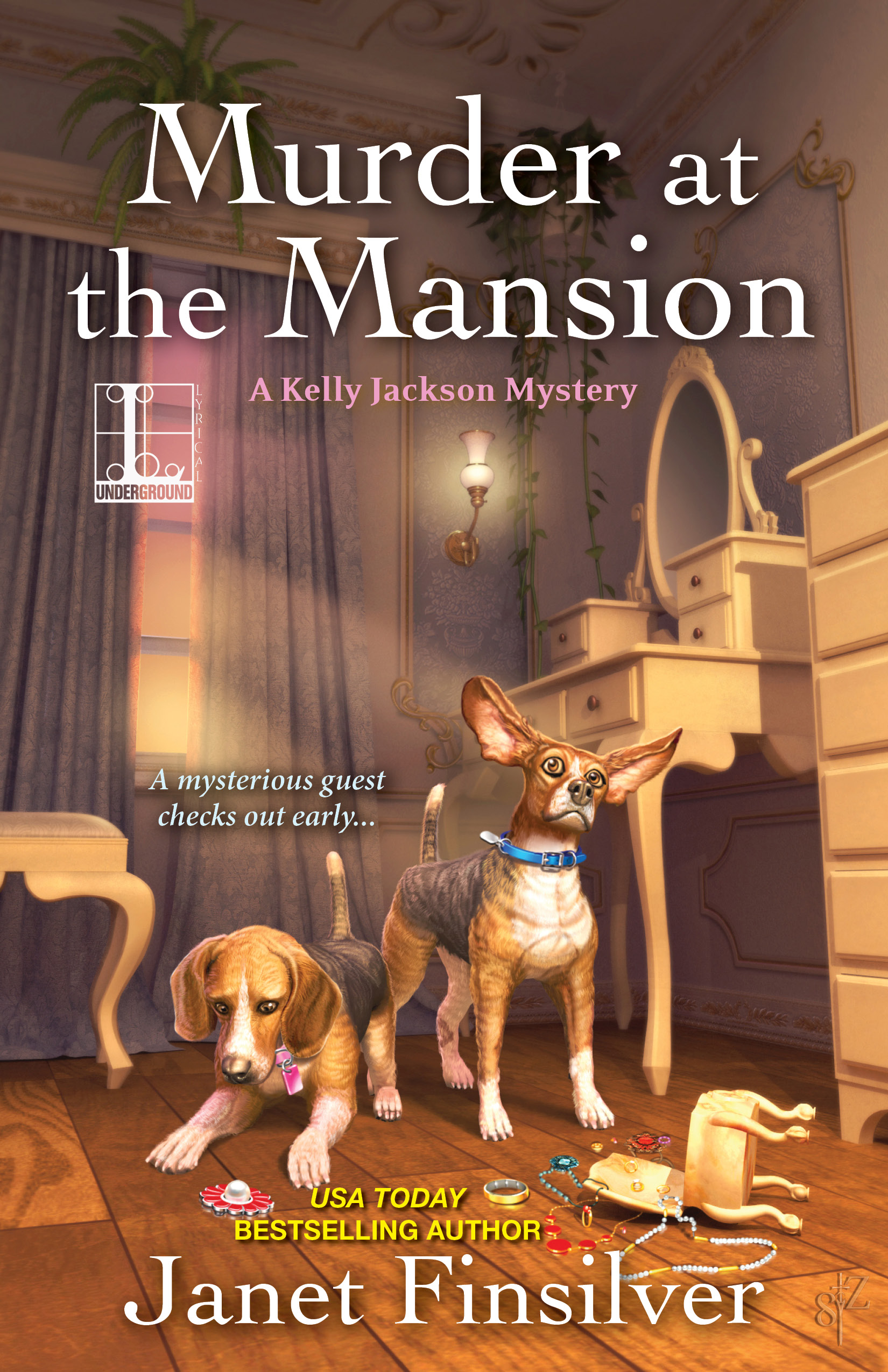 Get ready for MURDER IN THE WINE COUNTRY by Janet Finsilver with a look back at some of the inspiration for the series!

In the second book in my series, Murder at the Mansion, my protagonist, Kelly Jackson, makes the acquaintance of two rescued beagles.  They roll into her life as described in the excerpt below.

A creaking noise caused the three of us to look down the driveway. A large motor home was crawling toward us, rocking gently from side to side. It drove by and parked in front of my Jeep. Pictures of two larger than life beagles covered the side of the RV. One of them wore a pink collar, the other one blue. The slogan emblazoned next to them read, “Bedbugs? Termites? If you’ve got ’em, they’ll find ’em. Call on Jack and Jill. Get the four-legged pros on the job and have a restful sleep tonight.”

While bedbugs and termites are not a fun topic, they are a reality. Finding them quickly and efficiently helps us to have a better life. This is an area where canines excel.

A friend of mine had a new mattress delivered to her home. The next day she noticed she had some bug bites. She knew the person who delivered her mattress was also picking up old ones. Concerned that her mattress might have some unwanted hitchhikers, she contacted a man who had dogs trained to find bedbugs.

He arrived with two terrier mixes that he had rescued from a shelter and taught how to find the bugs. The dogs scurried around the room checking the mattress as well as other areas. They gave no signal of finding anything. The handler put them back in his vehicle and then hid a container with live bedbugs in the room. He brought his dogs back in and gave the search command. They quickly found the planted bugs. He explained he did that to be sure they were up to par that day.

Dogs are currently being used to search hotel rooms, apartments, dorms, and other types of buildings. One article said they have about a 97 percent accuracy rate compared to 30 percent with humans using their sight for detection. Generally, dogs can find a live infestation within minutes compared to a much longer period of time needed for a person to search a room.

It can take as much as a thousand hours of training to teach dogs how to do a thorough search. The dogs can signal a find by sitting in front of an area or pawing. The most common way is that they point with their nose to the spot where the bugs are. Dogs are officially certified by a recognized group such as NESDCA (National Entomology Scent Detection Canine Association).

The dogs are being utilized in much the same way to find termites with success rates showing 95 percent or higher accuracy. They use their sense of smell as well as their ability to hear to locate the bugs. Even the best termite inspector can’t see through walls, but the dogs can smell termites through a variety of building materials. This prevents unnecessary destruction of property which can happen when people search for termites. One article said the dogs are very popular in England for finding problem areas in many of the old mansions.

I felt this insight about four-legged bug detectors would be worthwhile for people to know. Hence, the arrival of the motor home driven by the son of one of the Silver Sentinels, the crime-solving seniors in the series. He travels across the country with his team of beagles. While going about their workday at one of the mansions owned by Kelly’s employer, Jack and Jill unearth—literally–a clue that helps Kelly solve a murder.

In the third book of the series, Murder at the Fortunetellers Table, readers meet Princess, a tan Chihuahua that is a retired hearing assistance dog. She had become hard of hearing and her replacement is Sergeant, a black, no-nonsense Chihuahua. Jake, a Bernese Mountain Dog, is trained to assist people with Post Traumatic Stress Disorder and has a small role in the book. I hope you’ll come and meet these canines in Part Three of “The Dog Knows.”

It’s whale-watching season in Redwood Cove, and B&B manager Kelly Jackson’s battening down the hatches for the tourist rush at Redwood Heights—a Victorian-style estate owned by her boss. And due to recent jewelry thefts, her duties include keeping track of the many dust-covered artifacts spread throughout the property. But when Kelly finds Sylvia Porter’s lifeless body, menial tasks don’t seem so terrible. Enlisting the help of a ragtag group of brainy retirees, aka the “Silver Sentinels,” Kelly’s on the hunt for clues hidden behind the mansion’s glamorous facade. . .and for a killer who may want to make history of her next!