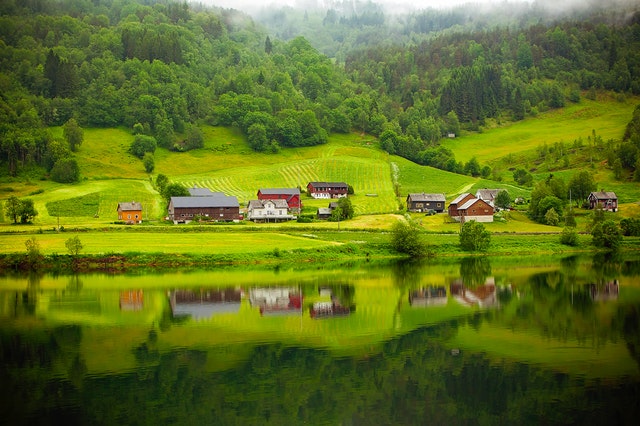 One question most novelists hear often is, “Where do you get your ideas?”

For me, I admit, some ideas come from pretty strange experiences. The novel before The Book of CarolSue, which was The Testament of Harold’s Wife, started because a dear friend lost her mind and stopped on her way home from work one fine April day to buy four baby chicks. No, she doesn’t live on a big piece of land or have a chicken coop, and no, she didn’t know a thing about chickens. Diana had to learn all about raising them, and her mistakes tended toward the hilarious. Like trying to figure out if she’d accidently acquired a rooster or two, which aren’t permitted within city limits. Was Amy really an Amos? Was that a tiara…or (oh no!) a comb emerging on top of her head?

Well, I love to learn new things and I love to laugh, and my previous two novels hadn’t had a lot of humor, so although it’s always important to me to tackle serious themes, I couldn’t let that material go to waste. I gave Louisa, my protagonist a very wry sense of humor and a sister (CarolSue) to bounce it off, and had her move to a farm as a young woman in her backstory so she’d had to learn about chickens. But since I don’t think there are enough older women protagonists, in the novel’s ongoing story, Louisa is retired from teaching elementary school (teachers are heroes!). And I set the story on a small Indiana family farm—in the middle of cornfields edged with woods through which runs a wide singing creek–just because I love that landscape. I drove through it every week for years and years taking a child to flute lessons, and even though I’m from coastal New England, where people make their lives from the sea, I’ve developed a deep awareness and appreciation for this inland scenery and the work to raise food from the land.

Right now, you might be thinking “But Lynne, you’re talking about the wrong book, aren’t you?” Isn’t your new novel The Book of CarolSue? Exactly right. The Book of CarolSue is a stand-alone follow up to The Testament of Harold’s Wife because I loved the setting and characters so much, and readers did too. Besides, CarolSue wanted a story. and oh my, does she ever have one. Louisa’s adult son Gary gets himself in trouble—again—because he fell for a scam with a fake religious cult.  But the serious theme has to do with the plight of undocumented immigrants, what brings them here, what happens to them, how things spin out of control. In The Book of CarolSue, the realities behind immigration were what I wanted to learn about. I wanted to dramatize them, simply by showing one human story, Rosalina’s.

I researched by watching YouTube videos and reading the printed accounts by American missionary and secular volunteers and  professional workers in Honduras, as well as the stories recorded by Honduran immigrants, and news accounts of the extreme violence by gangs who commonly kidnap and rape young teenage girls in Honduras. The drug activity is often unavoidable, with young boys forced to join gangs, and the poverty crushing. The only way to survive may be to flee. But The Book of CarolSue isn’t primarily about Rosalina’s story, though I needed her part to be authentic. I also had to research immigration raids and deportation, so I understood the entire picture, and saw it with clear eyes and empathy for the people on both sides.

CarolSue has her own story, of course, and she’s the focus. She found her husband dead, for one thing. Never a good day when that happens. And Louisa takes over to help her, which can be fine for a while, but when CarolSue figures out how much Louisa has been hiding from her—easy enough to do when all your communication is over the phone—she’s really not hurt. But she is way more than annoyed. And then, Gary shows up. With a baby? Yup. A baby. Is his story credible? That’s for you to decide. And what about that county sheriff, Gus? Why does Louisa have him hanging around all the time? Hmmm.

Like many readers, I imagine, I’m a wife, a mother, a grandmother, and a working woman. I’ve had transcendent joys, as well as the unspeakable grief of losing my son. Life down to the bone. When I read a novel, I’m willing to have my heart broken and my eyes fill if the characters strike me as real, if they raise serious questions more than they offer easy answers. I also want the characters to make me laugh, because how else will we manage life if we don’t laugh? I love a novel that I can’t wait to discuss with my friends and recommend to my girls and my sister. The tears and laughter of recognition: those are what I hope to evoke with these stories. I hope you’ll find a great deal to discuss in The Book of CarolSue.

It was important to me to write about the fragility and vulnerability of our lives, which is equaled only by our strength and resilience. I wanted to show CarolSue taking her life in her own hands, an older woman with agency and independence, rising up to deal with the blows life has dealt. I came to love and respect her, and I hope you will too. I’d love to hear your thoughts, anytime. I’m also happy to join all or part of a book club discussion virtually, to answer questions, discuss books, or the great mysteries of life. We can raise of glass of wine or a mug of special tea together as we toast the joys of reading with friends and the saving power of love.

Most of all, I hope you and your families stay safe and well and that my novels will bring you some escape, laughter, comfort, and meaning. I offer them from my heart.

Award-winning author Lynne Hugo returns with a life-affirming, poignant novel in the spirit of A Man Called Ove—a story brimming with both wit and warmth about how a family gets on . . . and goes on.

CarolSue and her sister, Louisa, are best friends, but haven’t had much in common since CarolSue married Charlie, moved to Atlanta, and swapped shoes covered with Indiana farm dust for pedicures and afternoon bridge. Louisa, meanwhile, loves her farm and animals as deeply as she’d loved Harold, her late husband of forty years.

Charlie’s sudden death leaves CarolSue so adrift that she surrenders to Louisa’s plan for her to move back home. But canning vegetables and feeding chickens are alien to CarolSue, and she resolves to return to Atlanta—until Louisa’s son, Reverend Gary, arrives with an abandoned infant and a dubious story. He begs the women to look after the baby while he locates the mother—a young immigrant who fears deportation.

Keeping his own secrets, Gary enlists the aid of the sheriff, Gus, in the search. But CarolSue’s bond with the baby is undeniable, and she forms an unconventional secret plan of her own. How many mistakes can be redeemed?