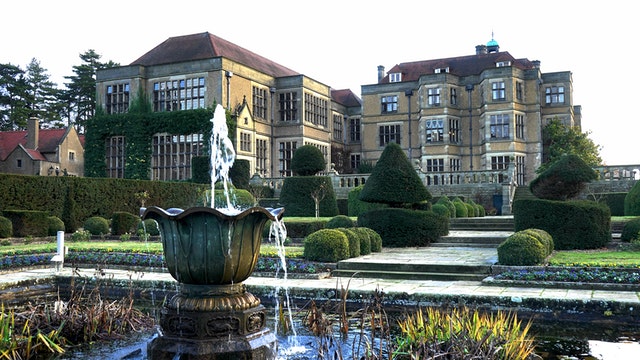 Historical romance—we, readers, love being carried away to a different time. We’re enamored by the clothes, the ballrooms, the war frigates, and the town and country houses. I know my heart does a little flip when these romance pairs unlikely or unusual partners where both have to overcome flaws or fallible notions to find the sweet rewards of love everlasting.

Yet as much as we hope for the notion of co-equals in a romance, where both have agency over their destinies, money and power and class often dictate who gets the happy-ever-after. In historical romance, it’s the dukes, earls, and ladies of leisure, not necessarily the governesses, housekeepers, or daughters of trade. New scholarship is showing that both love and money have crossed these boundaries and blurred the lines. I do feel this is where we should introduce You-tube video of the Thick-Pharrell classic song, Blurred Lines, but I digress.

When writing the series Rogues and Remarkable Women, particularly the first book, A Duke, The Lady, and a Baby, I wanted to blur lines and showcase stories that aren’t often told of women with a secret mission to help women and men respecting and honoring the women in their lives who are in their employ. The Duke of Repington is an alpha soldier, a commander of men, a lover with a rakish past that wants to do better. His renewed sense of honor battles his roving eye. His increasing regard for his ward’s enchanting nanny is trouble. The duke respects Nanny Patience and does not seek to use his authority to gain an advantage. Nonetheless, he is happy and willing for her to cross the line and act upon the simmering attraction between them.

Patience Jordan is an heiress from the sugar plantations of the West Indies. She’s used to money but has had a hard time being accepted in British society. She’s tired of rules and just wants custody of her son and to return home, her beloved colony of Demerara, Guyana.

My father’s blood pumping inside kept me from a faint. His endless talk of insurrection from the American rabble, Samuel Adams, stuck in my heart. I understood and absorbed his troubles, his defiant quest for life and liberty.

Each time I picked up my son, felt his skin next to mine, I became a revolutionary. For him, his life, his liberty, I charged forward.

Her story is told in first-person so that you walk in her slippers. I wanted you to become a party to her struggles and triumphs. With the help of the secret society of widows, The Widow’s Grace, she’s ready to gamble everything to win custody of her baby. What she did not count upon was the charming duke who has become the guardian of her infant son.

That voice. Deep and rich.

The shadows and outline of this fellow half-hidden in the bedclothes were large and overpowering.

It had to be the duke from last night.

I squinted through the curtains to be sure.

Yes, it was him and the memory of him—his heavy arm draped across my shoulders; the hammered muscles of his chest splayed into my cheek—left my mouth dry.

The baby calmed, grabbed at the velvety robe falling from the duke’s bared shoulder, one with scars. The man was rugged and masculine with brown hair streaked with blond, making me wonder if, like velvet, it changed colors when my fingers swept through it.

The duke, Busick Strathmore, is drawn to Patience, a woman who works for him, staying in his household. That sets him in a dilemma, one a warrior with secrets fights hard to win.

Thunder crackled, and she shivered.

The woman was frightened by something that wasn’t him and nothing made more sense than to draw her into his arms.

That would be a dangerous line to cross, to take her in a tight embrace, to press her delightful curves to him. Could he chase away her fears? Would he add new ones?

Busick wasn’t a heavy-handed lord. He was a soldier and a lover and a protector of all things beautiful. Patience was beautiful, with a cleft in her chin that should hold kisses, topaz eyes that needed to turn black with passion.

Crossing this battlefield was fraught with too many risks.

There are forces conspiring to destroy Busick and Patience. The two must work together to defeat the enemy and to protect, baby Lionel. They will win if they can survive their shifting power imbalance, the bullets, and restrained passions that lie beneath the surface. 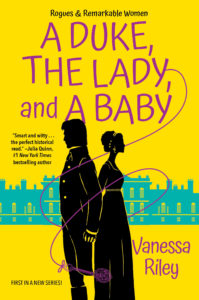 Created by a shrewd countess, The Widow’s Grace is a secret society with a mission: to help ill-treated widows regain their status, their families, and even find true love again—or perhaps for the very first time . . .

When headstrong West Indian heiress Patience Jordan questioned her English husband’s mysterious suicide, she lost everything: her newborn son, Lionel, her fortune—and her freedom. Falsely imprisoned, she risks her life to be near her child—until The Widow’s Grace gets her hired as her own son’s nanny. But working for his unsuspecting new guardian, Busick Strathmore, Duke of Repington, has perils of its own. Especially when Patience discovers his military strictness belies an ex-rake of unswerving honor—and unexpected passion . . .

A wounded military hero, Busick is determined to resolve his dead cousin’s dangerous financial dealings for Lionel’s sake. But his investigation is a minor skirmish compared to dealing with the forthright, courageous, and alluring Patience. Somehow, she’s breaking his rules, and sweeping past his defenses. Soon, between formidable enemies and obstacles, they form a fragile trust—but will it be enough to save the future they long to dare together?