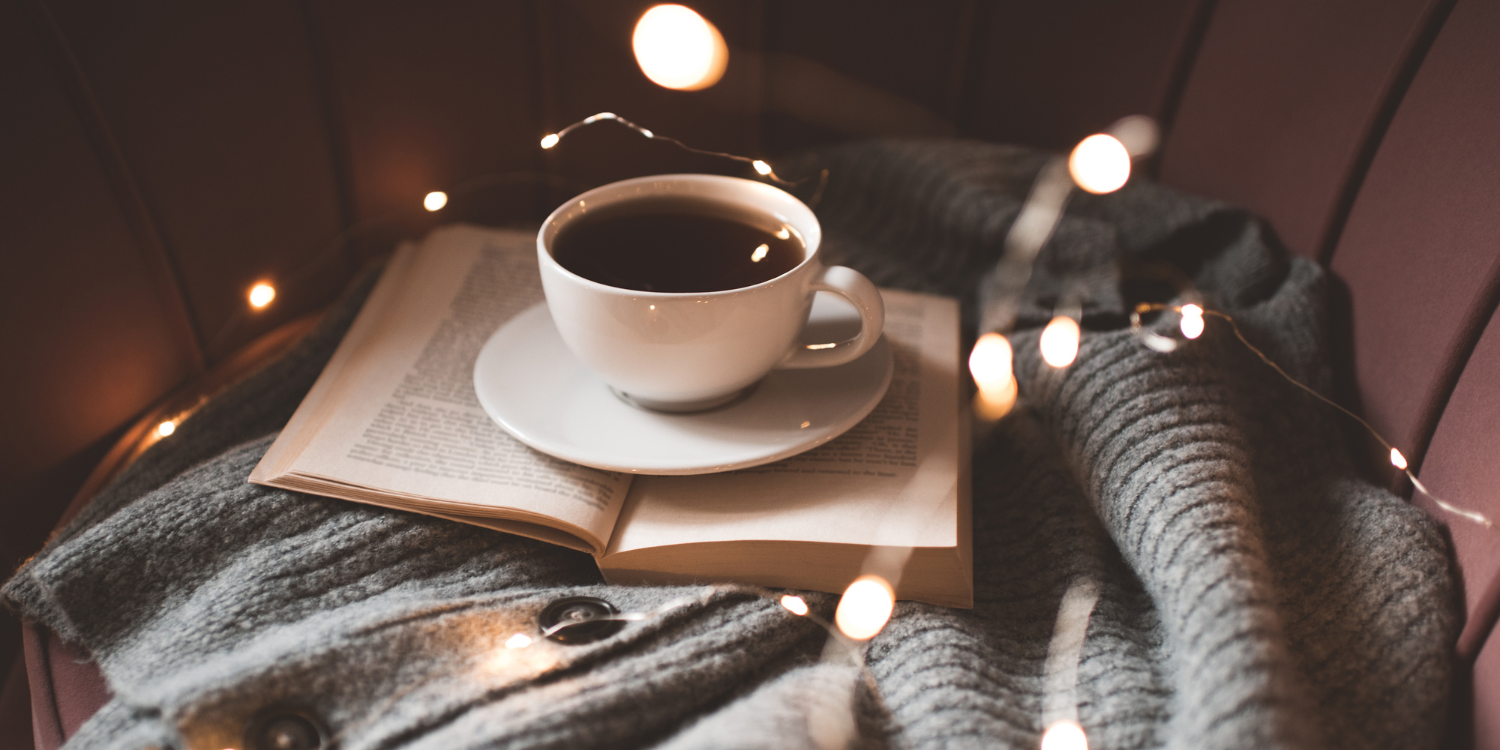 Sometimes, you need to escape from all of the festivities and what better way than through the pages of a good book? So, if you need to take a quick break or two from the gatherings and hustle of the holiday season, here some book recs!

If you want to escape and fa-la-la in love.

Marina Adair blends the fun of falling in love all over again a second chance romance with a thoughtful and heartfelt exploration of the modern family—and where a situationship can lead.

A Ghost in Shining Armor by Therese Beharrie

In this spellbinding romantic comedy from acclaimed author Therese Beharrie, a woman with a supernatural talent is haunted by one persistent spirit—and a seductive, impossible love . . .

In the Event of Love by Courtney Kae

This queer romcom that combines everything people love about Hallmark-style holiday romances with laugh-out-loud humor and a sweet and steamy love story between two women.

The Boxing Baroness by Minerva Spencer

A brilliantly imagined story of romance between an undercover spy and an educated and strong woman in the first of a witty, Regency-set, feminist series exploring the role of women in a rigidly patriarchal society.

Old rivalries, new ventures, and long-lost loves converge when the daughter who once walked away from the dark chaos of her childhood returns to her Lowcountry hometown, hoping to put the past to rest.

If you prefer a bookish mystery instead of the mystery of what to make for a family gathering.

Murder in Westminster by Vanessa Riley

This first in a vibrant, inclusive historical mystery series from a acclaimed author Vanessa Riley portrays the true diversity of the Regency-era, as an aristocrat whose skin color and notorious family history have left her with few friends she can rely on is named as the prime suspect in a murder case

Steeped in Secrets by Lauren Elliott

Flat broke and divorced, intuitive gemologist Shay Myers has changed since leaving her artsy hometown of coastal Bray Harbor sixteen years ago. But when she moves back under strange circumstances, old instincts may be the only key to spilling the tea on a deadly mystery.

A Trace of Poison by Collen Cambridge

In this captivating English murder mystery from an acclaimed author, Agatha Christie’s housekeeper must uncover the killer amongst a throng of crime writers.

Murder at the Majestic Hotel by Clara McKenna

A Dark and Snow Night by Sally Goldenbaum

It’s holiday season in the picturesque, coastal town of Sea Harbor, Massachusetts! But in USA Today bestselling author Sally Goldenbaum’s latest Seaside Knitters Society mystery, the knitting club sleuths will have to take a break from crafting cozy Christmas gifts to investigate a murder at the Mayor’s holiday party.

If you need a break and want to prep for some conversation talking points.

The Scandalous Hamiltons by Bill Shaffer

An Alexander Hamilton heir, a beautiful female con artist, an abandoned baby, and the shocking courtroom drama that was splashed across front pages from coast to coast—this is the fascinating true story behind one of the greatest scandals of the Gilded Age

In the first-ever biography and in-depth portrait of Don Rickles, New York Post television editor and celebrity biographer Michael Seth Starr delivers a hilarious, moving, and long-overdue look at the real man behind the sting.

From the notorious Lizzie Borden to the innumerable, haunted rooms of Sarah Winchester’s mysterious mansion, this offbeat, insightful, first-ever book of its kind explores the history behind America’s female ghosts, the stereotypes, myths, and paranormal tales that swirl around them, what their stories reveal about us—and why they haunt us.

The Healing Powers of Herbs and Spices by Cal Orey

exploring the many ways fresh herbs in your fridge and dried spices in your kitchen cupboard can provide medicinal powers, home cures, weight loss benefits, beauty treatments, and adventurous flavors and textures to enhance plant-based dishes.

Tiny Buddah’s Inner Strength Journal offers exercises, prompts, and challenges to help us strengthen ourselves mentally, emotionally, physically, and spiritually and feel confident in our capacity to handle even life’s hardest challenges.

Chosen to Die by Lisa Jackson

Lisa Jackson’s chilling, New York Times and USA Today bestselling novel returns to the merciless winters of Grizzly Falls, Montana to pit two of her most fascinating characters—detectives and friends Selena Alvarez and Regan Pescoli—against a ruthless serial killer determined to make Pescoli his next victim.

The Missing by Lisa Childs

Laden with Gothic atmosphere and brilliantly plotted twists and turns, Halcyon Hall, a former insane asylum-turned-luxury resort on a remote island off the coast of Maine, becomes the setting for a rash of grisly crimes.

One Last Chance by Kat Martin

Kat Martin mixes high-octane adventure with sizzling romance for an explosive thriller featuring a dangerous cult, an ex Green Beret, and a female private investigator who will stop at nothing to rescue her missing sister and unmask the high-stakes conspiracy at the heart of the Children of the Sun

No Strangers Here by Carlene O’Connor

Set in Ireland’s striking, rugged countryside, an Irish veterinarian grapples with life, death, family dynamics, and the secrets at the heart of her small community.

You Can Hide by Rebecca Zanetti

Fern Michaels blends mystery and drama in this twisty new Lost and Found novel, as siblings Cullen and Luna set out to uncover the secrets behind a long-lost diary.