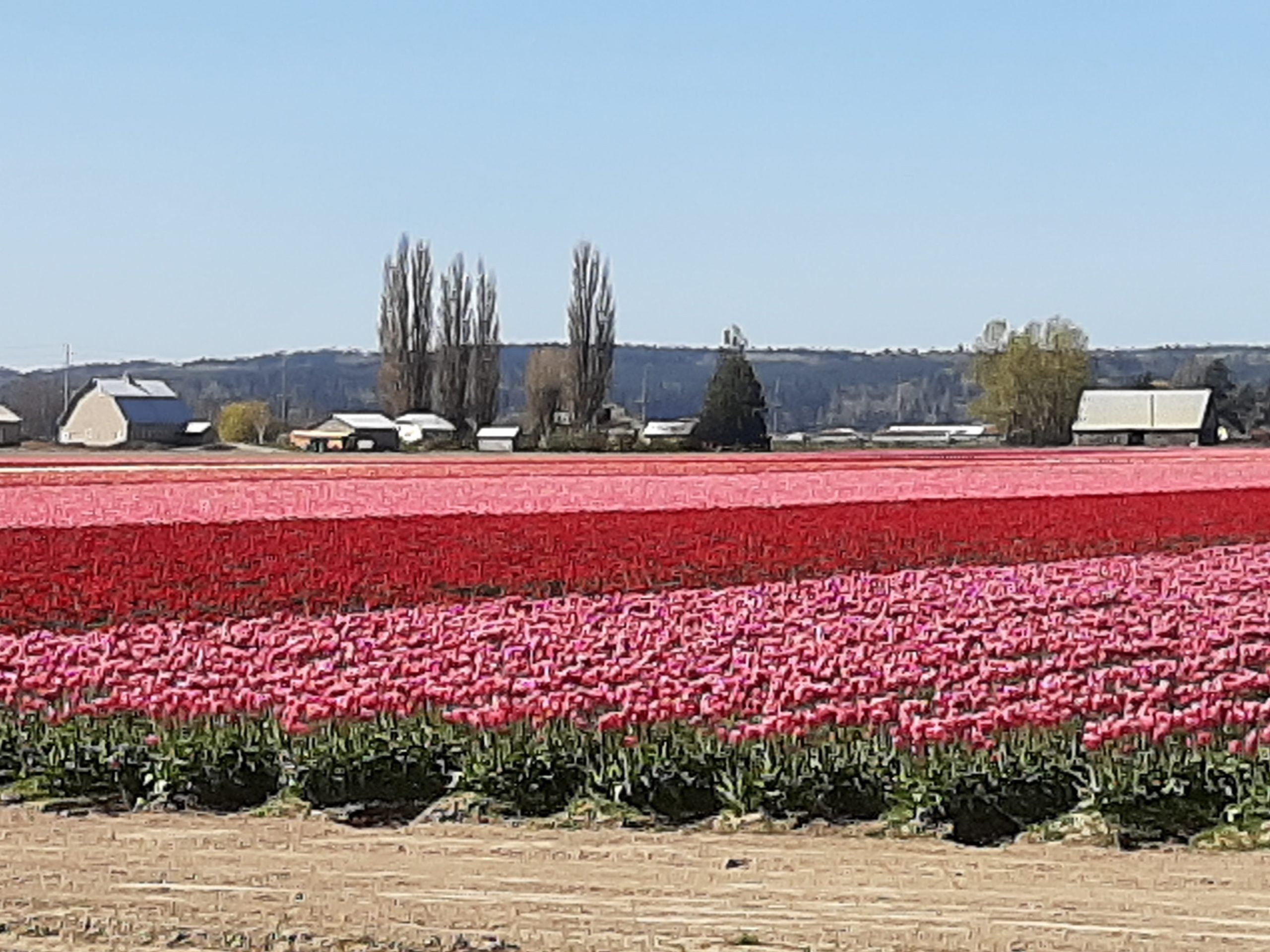 Like most folks, I’m staying home this spring. On a positive note, that means I’m getting a lot of writing done. I love getting lost in the worlds in my head while my characters’ lives play out as if I’m watching a movie. Lately, I’ve been hanging out with the amateur sleuth and other characters in my cozy series, The Abby McCree Mysteries. My current release, Death by Auction, is the third story about Abby’s adventures in Snowberry Creek.

If pressed, I will reluctantly admit that the people in my head aren’t actually real. However, like all writers I know, the characters who populate my stories always become three dimensional and more and more real to me over time. That has to happen if I want the world I’m creating to become compelling enough to hold a reader’s attention for the time it takes to read a book. That isn’t to say that I know everything about my characters from the very beginning. Actually, just as with real-life friends, I get to know them better as I spend more time with them.

For example, when I first “met” Abby McCree, I knew she had only recently moved to Snowberry Creek, she was recently divorced, and she viewed moving into the house she’d inherited as a temporary stop until she could decide what came next in her life. With each new book in the series, I learn something new about her. In the first book, I learned that she loves to bake and that all of her new friends benefit from her efforts. It’s Abby’s way of making them feel welcome and to offer comfort when it’s needed.

Although I knew she’d been the chief financial officer for the company she and her ex-husband had started, I hadn’t realized that would translate into her being extremely organized and well suited to running a committee or overseeing a major project. Unfortunately for Abby, the people in Snowberry Creek figured that out pretty darn quickly. That’s why she ends up as president of the quilting guild, helping out with the town’s fall festival, and running a charity auction in the newest story. I can’t tell you what I learned in the fourth book, which will be out next spring, but I can say that it surprised her friend Tripp as much as it did me.

If I do my job right, the reader will finish the story both satisfied with the ending and yet really wanting to hang out with those very same characters again sometime soon. Nothing warms a writer’s heart like a reader saying, “I can’t wait for the next book in the series!”

I’m not only a writer, though. I’m also a reader, and right now I especially love getting lost in a book, especially by a favorite writer. I’ve also discovered a few new-to-me authors and have been binge reading several different series. On some days I turn to what I call comfort reads—books I’ve read over and over again and yet never grow tired of. The one thing that all of these books have in common is the characters I love from the get-go. The best of them make me wish we could meet at the local coffee shop and hang out together for a while!

If you have characters you’d really like to meet, please share! I’d love to meet some new friends between the pages of a book.

Finally, on one of the few days that my husband and I escaped the confines of our house, we drove up to admire the tulip fields in an area about sixty miles north of Seattle. I thought you might enjoy seeing a couple of the pictures we took on our outing. As you can see, the fields are really gorgeous when they’re in bloom. The colors are so vivid and intense. 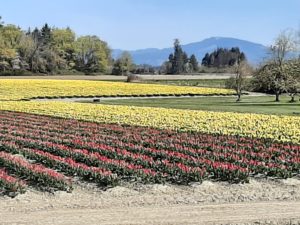 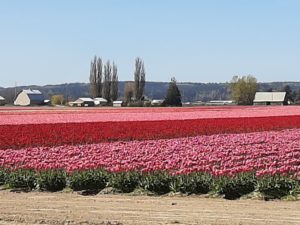 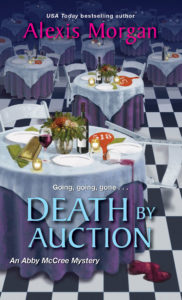 Not only did Abby McCree inherit her aunt’s house in Snowberry Creek, Washington, she inherited a handsome tenant and a whole lot of trouble . . .

It’s hard to say no to Tripp Blackston. That’s how Abby found herself on yet another committee, organizing a bachelors’ auction to raise money for Tripp’s veterans group. The former Special Forces soldier is mortified when Abby enlists him to be one of the prizes, but she has a covert plan to bid on him herself. Before she can, she’s foiled by a sniper bid from a gorgeous stranger, who turns out to be Tripp’s ex-wife, Valerie.

Still reeling from the shock that Tripp was married and wondering what his ex is suddenly doing in town, Abby goes looking to pay the auction’s emcee, radio personality Bryce Cadigan. She finds him in the parking lot, dead in his car. Valerie appears to be the last one to have seen Bryce alive, so she’s the cops’ best bid for suspect. When she asks Tripp for help—and lodgings—it’s Abby’s turn to block by inviting Val to stay with her. But did she just open her home to a murderer?