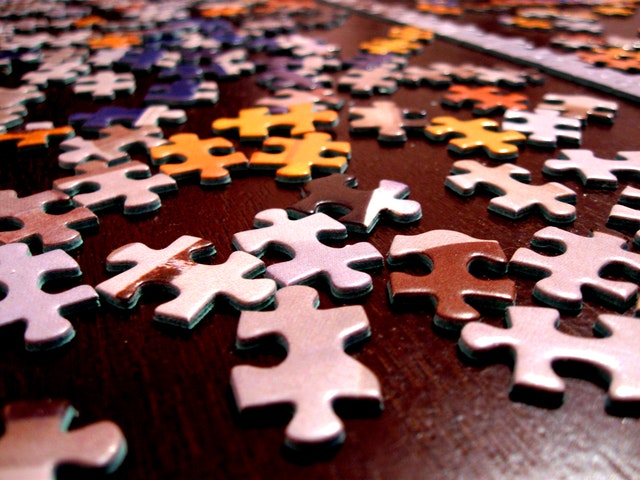 I guess our current situation with the global pandemic gives new meaning to the term “stay-cation”. I’ve definitely been sticking close to home these past few months, an ongoing stay-cation, and it’s given me a rekindled interest in all kinds of puzzles. I’ve always liked crosswords, and I’ve added Sudoku and KenKen to my list the past few years, but now it’s . . . well . . . a little out of hand. Recently I found myself digging through tossed out copies of our local paper and old TV Guides, just to find more puzzles. I had a serious, and I mean serious, talk with my husband about premature recycling the other day. I was fairly emphatic about my feelings on the issue, and I think he now sees the importance of checking with me before throwing anything out. This new togetherness is . . . well . . . hmm . . .

Anyway, there are treasures hidden in the folds of newsprint and slick magazine pages. Although I haven’t been flying recently, I discovered some forgotten copies of the Alaska Airlines Beyond Magazine. What a bonanza! Laddergram and Card Sense are two of the magazine’s cool puzzles in addition to crosswords and Sudoku. I’ve also recently subscribed to USA Today and I’m somewhat ashamed to admit I can barely recall the headlines as I dive in in search of more puzzles.

To combat this new obsession, I’m taking long walks, usually early in the morning. Actually, this has pretty much always been my routine, but now I see all my neighbors. I’ve learned all their dogs’ names. These dogs aren’t adept at the intricacies of social distancing, so there’s a lot of straining at the leash from my friends six feet away. Though we keep our distance, it’s much more of a group exercise than before.

Beyond puzzles and walking, I’ve been madly cooking. My husband’s the barbeque-er, but I stick to some tried and true recipes from days gone by. I’m constantly searching out gems I got from my mother. She was a HomeEc teacher and often tried out recipes on my sister, Lisa Jackson, and myself. We did a lot of throwing ourselves around and gagging whenever she brought something home that her students had made. Yeah, I know. Teenagers. But there were some winners, one of our favorites being Texas Hash (recipe below). This cooking thing is not my normal behavior, either. I mean, I’ll make a meal now and again, but these days it’s like I’m in some kind of competition. If I hear or see someone talking about a recipe, I clue in as if I’m going to be tested and graded.

I’ve also been, as ever, reading. My Kindle waits for me on my nightstand and I have a collection of books in my “office”, basically a windowless TV room that I’ve taken over. It’s kind of like sensory deprivation in there, which makes it easier to escape into writing. I’m currently working on The Gossip , a follow-up to this summer’s The Babysitter. The Gossip takes place about a year after The Babysitter and features many of the same characters with a new story for one of my favorites, Emma. Emma’s a truth-teller and it’s always fun to be with her.

I have to say, writing The Gossip, along with puzzles and cooking, is definitely keeping my 2020 stay-cation interesting.

I hope your summer is full of positives.

All the best and keep reading, 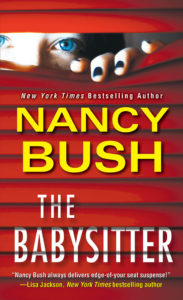 The whispers may scare you . . .
In River Glen, Oregon, rumors are spreading about the Babysitter Stalker. One victim was fatally stabbed. A second fell—or was pushed—from a rooftop deck. High school sophomore Jamie Whelan, scheduled to watch the Ryerson twins tonight, isn’t worried. She’s more interested in the party she’ll go to later, as soon as her sister Emma arrives to take over babysitting duties. But nothing goes according to plan . . .

But the truth . . .
Twenty years after that night’s vicious attack, Emma remains scarred in body and mind. Jamie, back in River Glen after their mother’s death, still feels guilty over trading places that fateful evening. Then suddenly another young babysitter is attacked. Jamie, with a teenage daughter of her own, fears something much more twisted than coincidence.

Is even more terrifying . . .
Is this new nightmare connected with those long-ago crimes? Emma’s fractured memories may contain the answer. But the deeper Jamie digs, the darker the secrets waiting to be uncovered—and avenged . . .