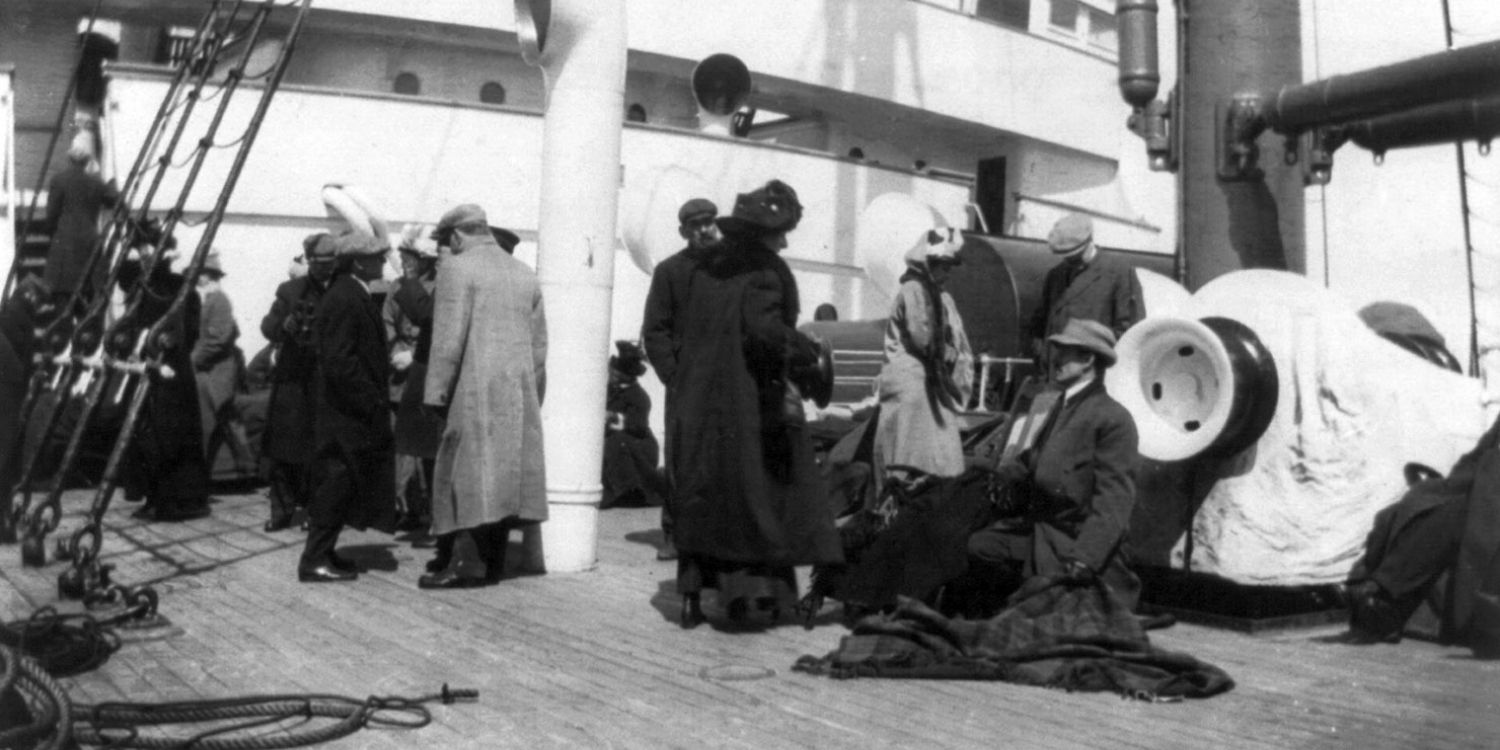 You probably know her as someone historically referred to as unsinkable, but she never went by “Molly” in her lifetime. She was Margaret: intelligent, compassionate, and well-educated despite her rough-and-tumble background. (I heard that the writers of the musical decided to call her Molly instead of Margaret because they thought it would be easier to sing, but I have no idea if that’s true.) Margaret was real-life friends with the Astors, and she and her daughter really did travel with them to Egypt in the early months of 1912. The Astors and the Browns went their separate ways at the end of the tour in April. It was sheer luck (good? bad?) that Jack, Madeleine and Margaret met again aboard the Titanic. Margaret was rushing home to see her ill grandson; she had booked her cabin at the last minute.

Cantankerous heiress, socialite and bully. In all my research, I never read a single nice thing about her. She declared she’d lost close to five million dollars’ worth (in today’s money) of clothing and jewels in her compensation claim to the White Star Line, and she did not get that money back.

All the Fortune Family

Whether the prophetic soothsayer incident really happened or not, Alice Fortune’s story about the Egyptian man warning her not to travel by ocean was one she repeated to several people aboard Titanic. Alice, her mother, and sisters survived the sinking. Her father and brother, unfortunately, did not.

Helen, a young newlywed like Madeleine, claimed post-Titanic to have shared a great, great friendship with the Astors while aboard the ship. (Helen was, in fact, one of the few women called to testify for the U.S. Senate inquiry into the disaster, and her account of the final few hours aboard the ship—when she was briefly with the Astors in the first-class lounge—is available to read online.) Helen and her husband survived the sinking due to her rather dubious claim that a crewman manning the lifeboats shouted for “brides and grooms” to board (as opposed to “women and children”).

Here’s why I took everything Helen said with a grain of salt:

Oh, Kitty. She was with Jack and Madeleine in nearly every photo I found of them together, right at their sides. A very good girl.

And the most famous person who was not aboard Titanic, but is still mentioned in the book:

White Star Line’s (kind of/it’s complicated) owner, who originally planned to return home from his own winter in Egypt on board his new ship’s maiden voyage (booking for himself one of the liner’s two deluxe promenade suites), but who subsequently put off his return in order to spend a bit more time with his mistress in France. Bruce Ismay took his suite instead.