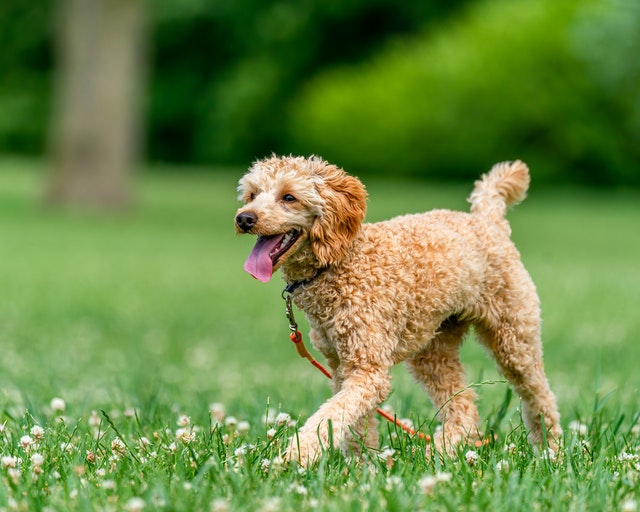 Autumn is my favorite season. I love the vibrant shades of gold, red and russet in the fall foliage. It’s the start of football season (Go Irish!), sweaters (capable of concealing loads of COVID snacking) and the start of cooking season. Living in the South, I can’t always tell the seasons based on the temperature. Temps in Eastern Tennessee don’t always get the memo from Mother Nature that it’s time for a season change like the northern states. However, even without a thermometer or a calendar, I can tell the official start of autumn by the abundance of pumpkin spice offerings. From Starbuck’s pumpkin spice lattes to McDonald’s pumpkin and cream pie, pumpkin lovers can find something to get them in the spirit of the season practically everywhere. So, why should our furry friends miss out on the pumpkin love? With just a few ingredients that you’ve probably got on hand for your own holiday meals, you can make a simple treat that your canine family members are sure to love.

Now, I realize that baking dog treats may seem a bit…over-the-top. It’s not something that I do on a regular basis, but I do enjoy baking (especially around the holidays), and my canine companions rarely get to benefit from any of it. Honestly, the main reason for that is because dogs, like humans, don’t need the added salt, sugar and preservatives that most of our human foods contain. Recipes for dog treats are healthier than human treats. Despite my best efforts, my poodles lack the discerning palate which enjoys healthy food and snacks. If you’ve never seen a dog spit out a grain of rice after sucking all of the juices which their owner has lovingly added to provide extra flavor (eg. Chicken juice, cottage cheese and yogurt), then you’ve missed a very entertaining sight (insert sarcastic laugh). Most of the recipes I’ve found for making dog treats also have a lot of healthy ingredients which every health-conscious adult has in their pantry including wheat germ, brown rice flour, carob and liver. Sadly, my dogs aren’t the only ones lacking a discerning palate and none of those ingredients are in my home. However, last Christmas, after spending hours baking, I decided the poodles deserved an extra special treat and I looked for something easy that I could make for them. I was ecstatic when I found a simple recipe that wouldn’t require the purchase of a lot of expensive ingredients that I’d never use again and were still flavorful so that my dogs actually ate them. Thanks to Pinterest and Miss Molly Says I found a simple, 3 ingredient recipe for dog biscuits. I modified the original recipe, but I’ve included a link to the original recipe below.

When her best friend Dixie is suspected of killing a dog show judge, Lilly must bring one sick puppy to heel . . .

Tennessee transplant Lilly Echosby has two great loves: dogs and mysteries. So naturally she’s named her poodles Aggie, after Agatha Christie, and Rex, for Rex Stout. Now that she has two dogs to manage, it makes sense to enter Aggie in an obedience competition—especially since her instructor is Lilly’s gal pal, Scarlet “Dixie” Jefferson.

But when one of the judges for the competition turns out to be Dixie’s high school rival, the dog trainer gets hot under the collar. When the woman is found strangled, Dixie becomes the number one suspect. With the help of the other dog club members, Lilly must find the real killer—before the next judge Dixie tangles with throws the book at her . . .