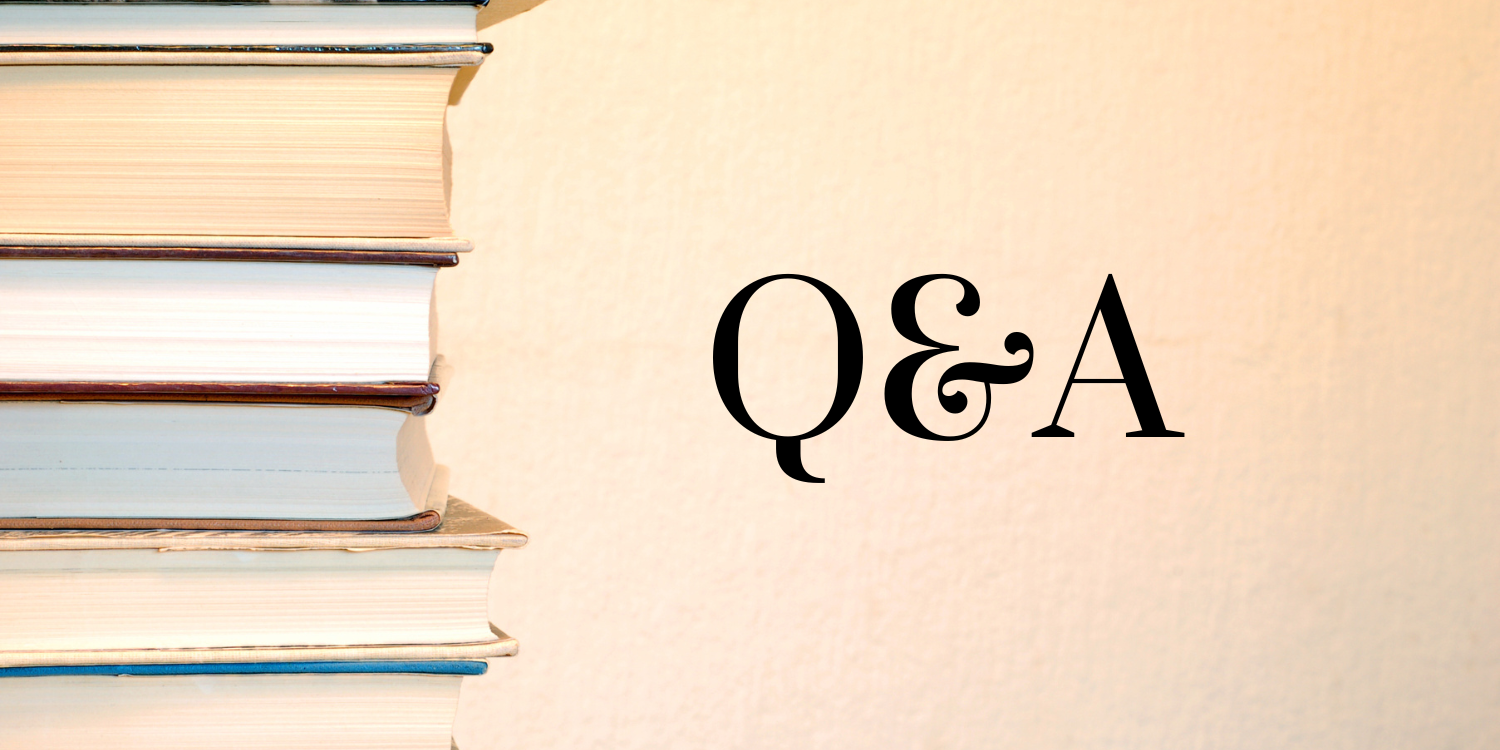 Tell us a little something about MURDER BY THE BOOK. Who is your main character? Why are we going to love this story?

In MURDER BY THE BOOK, book one of my Beyond the Page Bookstore Mystery series we discover that our protagonist Addison (Addie) Greyborne, a rare and old book expert from Boston has had, to say the least, a lousy year. Her fiancé was killed during a home invasion robbery, and then shortly following. Her father died in a car accident.  After that she received word that a great-aunt she didn’t know she had, passed away and left Addie her entire estate, including an old Victorian house and all its contents. Addie had never heard of the town Greyborne Harbor, where the house was located, but the quaint New England, costal village seemed like the perfect place to start life afresh after suffering through her heart-breaking losses. Besides, the town and Addie shared a name—Greyborne—so it must be fate, right?

Addie discovered her aunt’s house held a treasure trove of rare books and collectables, which Addie thought, were too precious to be hoarded away in a dusty attic and should be shared with the world. Some of the books were of museum and library quality and others, though old and well-loved, had little monetary value but would be perfect in a used bookshop. Except the small town, she now called home didn’t have one. She decided she would open her own book and curio shop, and that’s when Beyond the Page Books and Curios was born. However, it didn’t take long until the peaceful new life Addie had envisioned became anything but … shortly after opening, her reputation lay in ruin, and evidence pointed to her as a suspect in the murder of a local merchant. All this before she’d even finished unpacking and settling into her new house.

If readers love stories that are centered on bookstores and rare books, then they’re going to enjoy following the adventures of Addie, Serena—her new best friend and the local tea merchant, plus the other cast of colorful characters in the quaint seaside town of Greyborne Harbor where murder and mystery are not…uncommon.

I believe characters should be flawed and more relatable. My favorite quote is one, by author Roxane Gay. “If people cannot be flawed in fiction, there is no place left for us to be human.” It’s those flaws I strive to convey in all my characters by portraying them as very real people with real emotions. Sometimes they slip and fall, other times. They meet adversity head-on. It’s about being real and my protagonist Addie is no different. She has good days and bad. She can be serious, and then silly, acting no better than a teenager at times, but she is always a very real woman, no different from you or I.

As far as the strengths Addie posses that help her most in her adventures, it’s probably her resiliency, resourcefulness and the ability to keep her cool when faced with a challenge. In spite of the emotionally devastating setbacks, she encountered the last few years when she lost everyone she loved under tragic circumstances. She remains loyal to those she cares for and will stop at nothing to help a friend in need.

In 5 words, how would you describe the main character in Murder by the Book?

Red herrings and plot twists are a big draw for mystery readers. Now that there are eight books published in the Beyond the Page Bookstore Mystery series, how do you keep your twists fresh and unexpected?

I throw my hands up in the air and let my characters write the story. They always come up with better ideas than I do anyway. In all seriousness, given that it is a series, meaning that the rare book theme and protagonist recur throughout. I try to keep every story fresh for the reader by introducing them to a new character or two in each book with some of the other well-known characters taking a backseat in that storyline.

In addition, I try to mix it up with a different method of committing murder or using an uncommon weapon in each story. I also attempt to show readers that anyone, given the right motive has the potential to commit murder. There is no end to the possibilities of twists when presenting a number of plausible suspects and giving each one a unique back-story that connects to the victim. The challenge and the key for the author is to provide just enough foreshadowing of each suspect to keep the reader intrigued and guessing as to which one of him or her did it. So that when the killer is revealed they have that ah-ha moment, “I never saw that coming, but it makes perfect sense now.” The last thing you want is for the reader to feel blind-sided and cheated out of their armchair sleuthing experience when the actual killer is revealed.

Can you tell us what inspired you to write the Beyond the Page Bookstore Mystery series?

In truth, the inspiration behind my Beyond the Page Bookstore Mystery series came to me a number of years ago. I had a good friend who owned a small used bookshop that, being the book lover I am. I frequented regularly. It was my vision of the perfect bookstore, old and rare books, a reading corner, charming nick-knacks and a bay window display that she decorated to highlight the season and one that never failed to attract passersby.

When I had more time to devote to writing, my old reading friend, Agatha Christie emerged, and the first image that came to mind was my real-life friend Maggie and her bookshop. From there, Addie’s was born. Even though, Beyond the Page Books & Curios is an expanded version of my friends, it’s one that I hope, through my writing, reflects the same feeling to readers as Maggie’s did to her customers. Which, is an environment where you want to browse, stay and in general enjoy the ambiance of comfy reading chairs along with the aroma of fresh brewed coffee niggling at your nose—a place that feels like home away from home … well, except perhaps for the murder and mayhem surrounding Addie’s bookstore.

If your bookwasturned into a film or TV series, who would you want to play Addie Greyborne?

That’s an easy one. It would be Hallmark famed actress Bethany Joy Lenz. She’d be a perfect Addie, and even though you didn’t ask. I can see Andrew Walker also of Hallmark fame in the role of Marc Chandler. Those two have such great screen chemistry. They remind me of other legendary screen couples that had an unmistakable chemistry in front of the camera.  Like Humphrey Bogart and Lauren Bacall, or Spencer Tracy and Katharine Hepburn, I think Lenz and Walker are just as perfect together in whatever movie they appear in, and I know they would do justice to the roles of Addie and Marc.

When did you first discover your love of mystery?

I guess my love of mysteries began when I picked up my first Nancy Drew book. My mother was a real mystery fan, and she encouraged my love of the genre. The first “grown-up” book I read from her library was the bestseller novel, Rebecca, by Daphne du Maurier, and the rest is history as they say.

Who is your favorite detective character (book, TV, or movie) and why?

My favorite detective character is Sherlock Holmes. Sir Arthur Conan Doyle started a revolution with his Holmes character, and it raised the bar for every other author and all the detective novels that followed.

Who is your favorite mystery author and why?

For me, it’s a toss-up between Sir Arthur Conan Doyle and Agatha Christie as both are masters of the craft of mystery writing.

Do you have practices/rituals/habits that support your creative work?

I wouldn’t say I have any rituals, as I’m not a superstitious person. However, part of my routine is to write at least 500 words every day, whether I feel like it or not. After that I generally, but not always, find the words and ideas start to flow easier, and before I know it. I have completed a chapter, which for my books are approximately 2,000 to 2,500 words.

What are you currently reading?

Currently, I’m taking a break from my usual mystery genre and re-reading a book that I fell in love with years ago, Barbara Erskine’s—one of my favorite authors—Lady of Hay, published in 1986.

From the USA Today bestselling author of the Beyond the Page Bookstore Mysteries, the first installment in a new series featuring Shay Myers, intuitive gemologist and owner of a New Age tea and crystals shop in beautiful coastal California’s Monterey Peninsula.

“Appealing characters, surprising twists, a bit of magic, and the promise of romance. Lovers of paranormal cozies are sure to get on board.” – Publishers Weekly

Flat broke and divorced, intuitive gemologist Shay Myers has changed since leaving her artsy hometown of coastal Bray Harbor sixteen years ago. But when she moves back under strange circumstances, old instincts may be the only key to spilling the tea on a deadly mystery.

Even with her life in ruins in New Mexico, Shay feels uneasy about settling into the small seaside town where she grew up on California’s Monterey Peninsula and taking over an estate bequeathed to her by Bridget Early, a woman she had barely known. Her heightened senses—an empathic gift she’s had since childhood—go into overdrive upon touring Crystals & CuriosiTEAS, Bridget’s eclectic tea and psychic shop brimming with Irish lore and Celtic symbols. They reach a boiling point when Shay looks up to discover a stranger’s body sprawled across the shop’s greenhouse roof . . .

With her new business a crime scene and questions brewing over Bridget’s so-called accidental death, Shay fears she’s also inherited the attention of a killer. The terrifying realization sets her on an impractical investigation for answers aided by her sister, an elusive pure-white German Shepherd, a strikingly handsome pub owner who speaks in a gentle brogue, and a misunderstood young woman with perceptive talents of her own. As Shay struggles to figure out her true purpose in Bray Harbor and the powerful connection she has with the tea shop, she must trust her judgment above all else to identify a ruthless murderer and save herself from becoming victim number three.