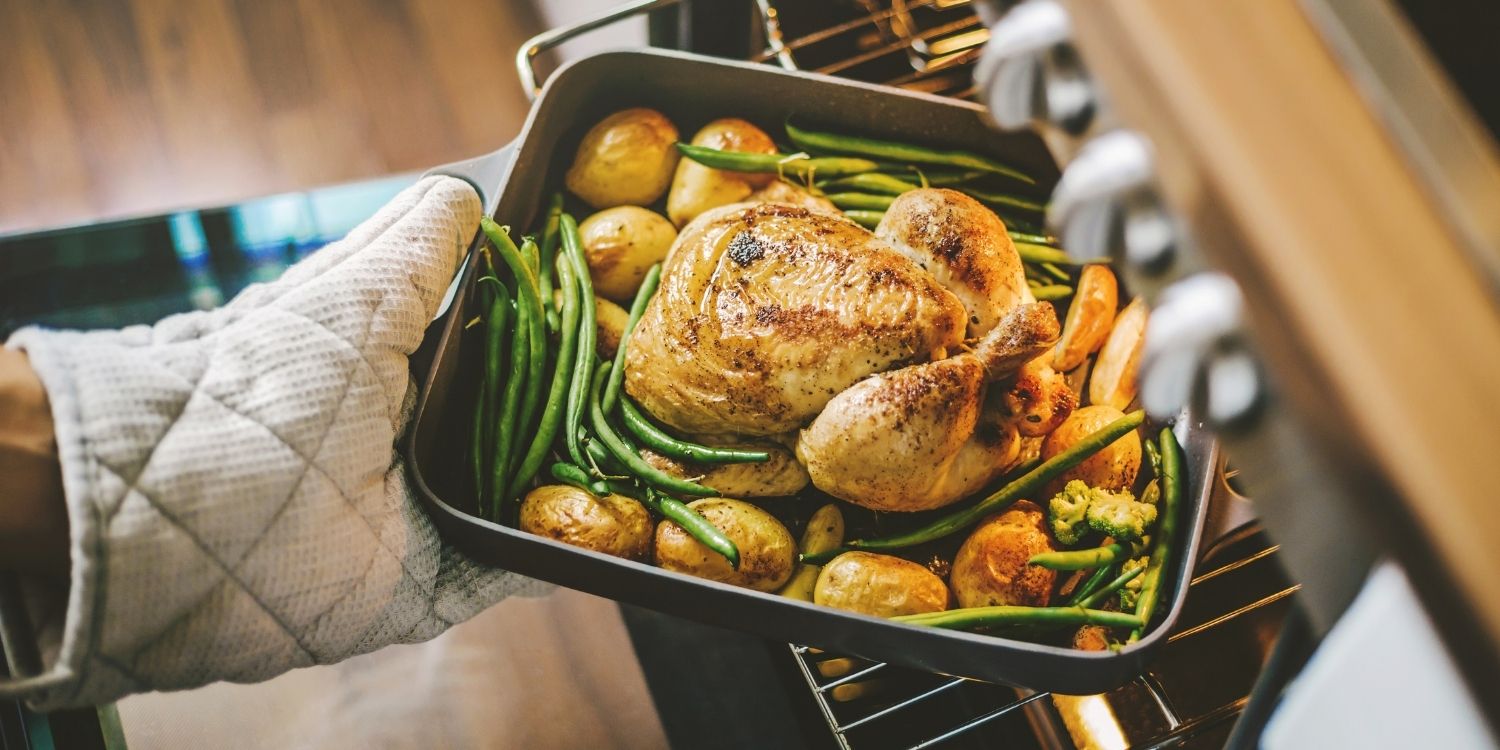 Nothing goes better with murder than a freshly-cooked meal! Celebrate National Culinary Arts Month this July with these ten food-focused mystery series.

2. Death of an Italian Chef by Lee Hollis

A Maine Clambake is a special culinary feat of its own, one that Julia Snowden and The Snowden Family Clambake Company have perfected in this series that has won the Maine Literary Award for best crime fiction. In this installment, Julia must uncover the murderer of an oyster farmer. Oyster recipes included!

Who would have thought that catering could be mixed up with mobsters and murder? In the Catering Hall Mysteries by Maria DiRico, Mia Carina is in charge of the family catering hall Belle View Banquet Manor in Queens, which is owned by her ex-mobster father. But some events—like murder at a shower—are not the kind you can schedule. Of course, delicious Italian recipes are included.

Winnie Archer’s latest Bread Shop Mystery is an ode to the art of baking bread—especially Vincent van Dough focaccia, where bakers strategically place chives, olives, and yellow peppers to look like poppies and sunflowers to create a mouthwatering masterpiece in the style of the great postimpressionist painter. Of course, it wouldn’t be a cozy mystery without murder and bread recipes.

If you’re a fan of Martha Stewart and her entertaining tips, you’ll love Sophie Winston—a Virginia entertaining maven who sleuths on the side. Each book contains entertaining tips and delicious recipes to serve your friends and family. In this installment, Sophie must cut to the core of a murder investigation when members of an international tour group begin dropping like flies all over town.

Robbie Jordan is the owner of Pans ‘N Pancakes, a country store in South Lick, Indiana where she cooks up delicious meals for her patrons. In Nacho Average Murder, Robbie temporarily leaves Indiana for a high school reunion in California, where she delves into murder and spicy Cali-Mex dishes. This installment even includes Cali-Mex dishes to try out at home!

8. Murder at the Beacon Bakeshop by Darci Hannah

Author Darci Hannah is a baker who used to help her brother with his bakeshop, which makes the recipes at the back of Murder at the Beacon Bakeshop even sweeter! In this first of a new series, Lindsey Bakeswell catches her celebrity chef fiancé sizzling in the arms of another woman, and so she leaves big city Wall Street for small town Beacon Harbor, Michigan to pursue her own passion as a pastry baker—and gets mixed up in someone’s sweet taste of revenge…

Sisters Bernie and Libby Simmons run a catering business in their upstate New York town, and they’re delighted for the chance to provide tasty desserts for the local mystery lovers’ book club. But when fiction spills into a reality and the sisters find themselves investigating a suspicious death, it’s up to them to figure out whodunit! Isis Crawford includes recipes you can use for your own book club, as well!