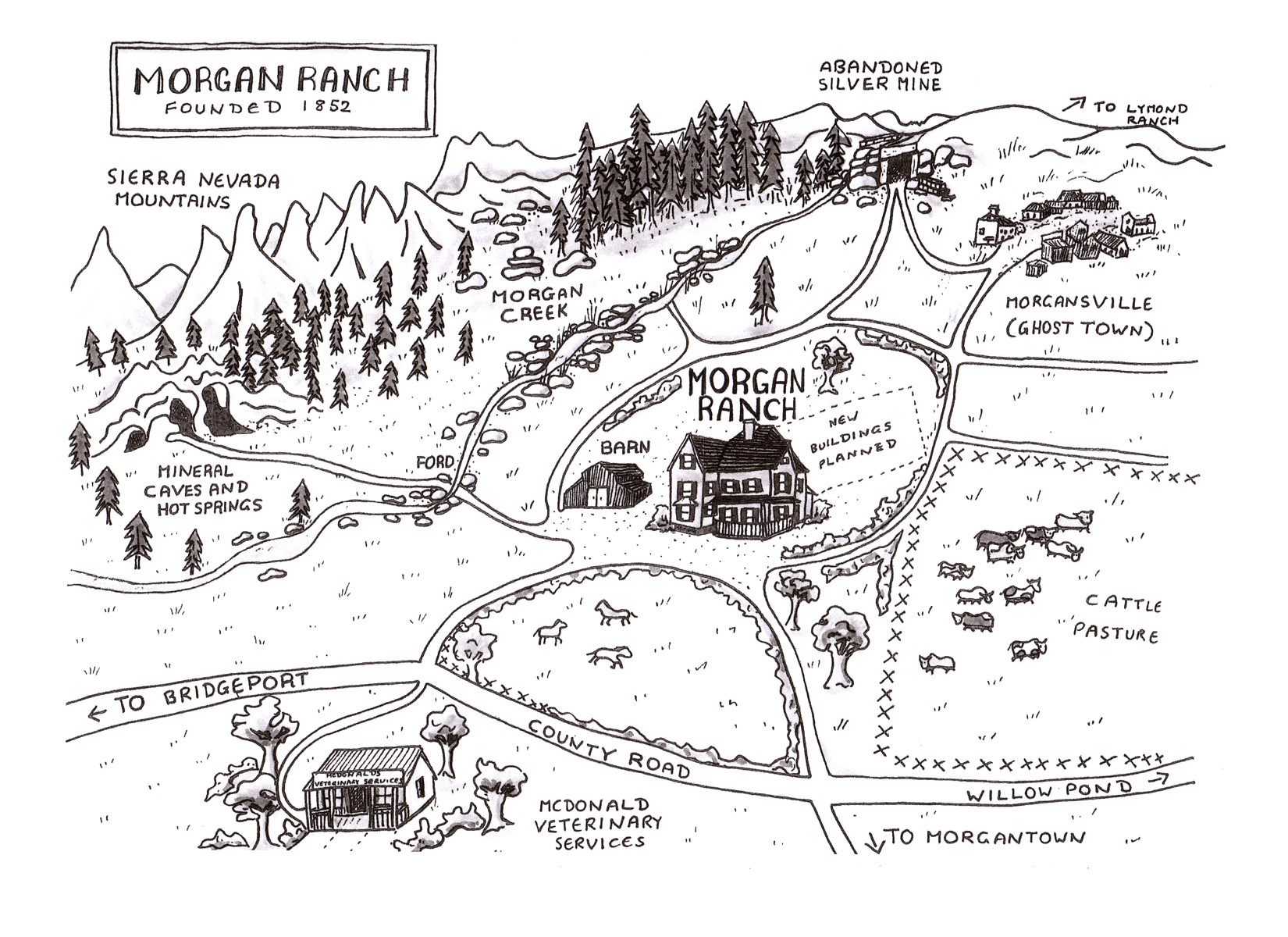 The Morgan family founded Morgantown back in the 1850’s during the California Gold Rush years when they worked out that supplying the miners with horses, tools and accommodation was far more lucrative than panning for silver. After buying up land in the valley and moving the town from Morgansville, which is now a ghost town, down to its current location they settled in and became ranchers.

In the town there are several places where the Morgans, the Millers, and the other people who live and work in the valley meet up.

Here we have the famous Red Dragon Bar, owned and operated by Jay Williams, retired Navy SEAL and his mother Bella. Almost next-door is Daisy’s the flower shop owned by Daisy Miller, the only girl in the Miller family. And on the end of the row is the sheriff’s office where deputy sheriff Nate Turner works to keep Morgantown a safe place to be.

Another very important meeting spot in Morgantown is Yvonne’s French Café where everyone goes to get the best coffee, bread and pastries in town. If you read a Morgan or Miller book, someone is always in Yvonne’s.

Another busy place in Morgantown is the general store run by Maureen, which caters to the tourists driving through gold country and the locals. It’s almost next door to the historic Hayes Hotel, which was once the town saloon and brothel, and is now far more respectable

It might be the pride of hard work on rugged terrain, the welcoming community, or the memories—but wherever the folks of Morgantown may roam, they have a way of coming back to the ranch . . .

There’s a reason Jackson Lymond left the Air Force, but he’s not telling a soul. He’d rather keep things simple, while trying to start a new life helping his older brother on their northern California ranch. At least Morgantown’s flirty local bartender can keep his mind off the past—that is, until he runs into Daisy Miller . . .

Daisy doesn’t really expect Jackson to remember her. Back in school she did her best to blend in—and pretend she didn’t have five brothers who’d hogtie any boy who even looked at her. These days though, she and Jackson might have more in common than just their ranching relatives. After all, they both left home only to return. Trouble is, under the watch of her fiercely protective family, Daisy is longing for some privacy. Letting Jackson into her life could make that even more difficult—or it might be the second chance they’re both looking for . . .

“HW and Samantha are unique and memorable, and this is the strongest story yet in Pearce’s excellent series.” —Booklist