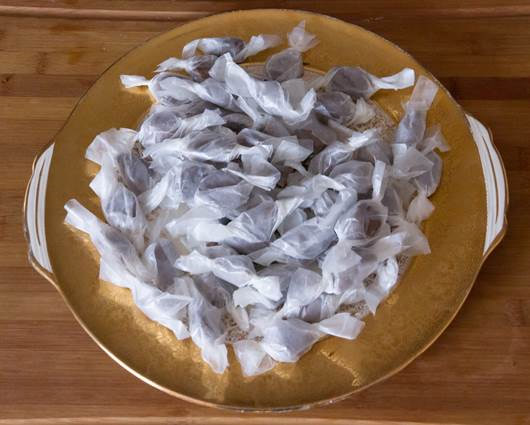 Molasses taffy is a French-Canadian tradition that dates back to the earliest days of the settlement, when Ste. Marguerite Bourgeoys would make huge batches of the confection to attract the girls of the neighboring First Nation tribes to come learn their catechism with the Sisters of the Notre Dame congregation. The tradition continues today at the Maison Saint Gabriel near Montreal, where, in addition to schooling the native girls, the Sisters welcomed young prospective brides from France. They were sent by the King’s advisors to marry the legions of bachelor settlers with the hope that these marriages would increase the colony’s population and tie the men to the land through farming. The young ladies were known as the filles du roi (King’s Daughters) because of the stipends from King Louis XIV that financed their voyage, and they are the starring characters of my upcoming novel, Promised to the Crown. While with the Sisters, the brides spent several months improving their skills in cooking, sewing, and housekeeping before choosing their husbands. The Maison Saint Gabriel is now a remarkable museum and hosts an annual taffy pull in late November to kick off the Christmas season.

One thing I love about this recipe is that, unlike many historical recipes, little has been done to alter it to fit the conveniences of the modern kitchen—you can replicate the dish in your own home much as the Sisters and the filles du roi would have made it 350 years ago. If you meet me at a signing or book event, I just might have some on hand for you to sample!

1. Take a cookie sheet and coat it with lots of butter. You don’t want the taffy to stick

2. Set aside the baking soda. It goes in last.

3. Combine all the other ingredients into a large, thick-bottomed pot. I found my 3 quart enameled Dutch oven was ideal.

5. Remove the pot from the heat and add in the baking soda. Mix thoroughly and be prepared for the taffy mixture to expand quite a lot at this stage.

6. Pour the taffy on the buttered cookie sheet and let it cool enough to touch.

7. Butter your hands and, working quickly, take handful-size chunks of taffy and pull by stretching them into a long cylinder, halving them, and twisting. Repeat until the taffy is a solid, lovely golden color. You may want to enlist helpers for this phase, as you need to get it pulled before the taffy hardens and becomes unworkable.

8. Cut the taffy into bite-sized chunks and wrap in wax paper if desired.

9. Eat and enjoy! The taffy can be stored in an airtight container for up to several weeks.

In her illuminating debut novel, Aimie K. Runyan masterfully blends fact and fiction to explore the founding of New France through the experiences of three young women who, in 1667, answer Louis XIV’s call and journey to the Canadian colony.

They are known as the filles du roi, or “King’s Daughters”—young women who leave prosperous France for an uncertain future across the Atlantic. Their duty is to marry and bring forth a new generation of loyal citizens. Each prospective bride has her reason for leaving—poverty, family rejection, a broken engagement. Despite their different backgrounds, Rose, Nicole, and Elisabeth all believe that marriage to a stranger is their best, perhaps only, chance of happiness.

Once in Quebec, Elisabeth quickly accepts baker Gilbert Beaumont, who wants a business partner as well as a wife. Nicole, a farmer’s daughter from Rouen, marries a charming officer who promises comfort and security. Scarred by her traumatic past, Rose decides to take holy vows rather than marry. Yet no matter how carefully she chooses, each will be tested by hardship and heartbreaking loss—and sustained by the strength found in their uncommon friendship, and the precarious freedom offered by their new home.

“An absorbing adventure with heart.” —Jennifer Laam, author of The Secret Daughter of the Tsar