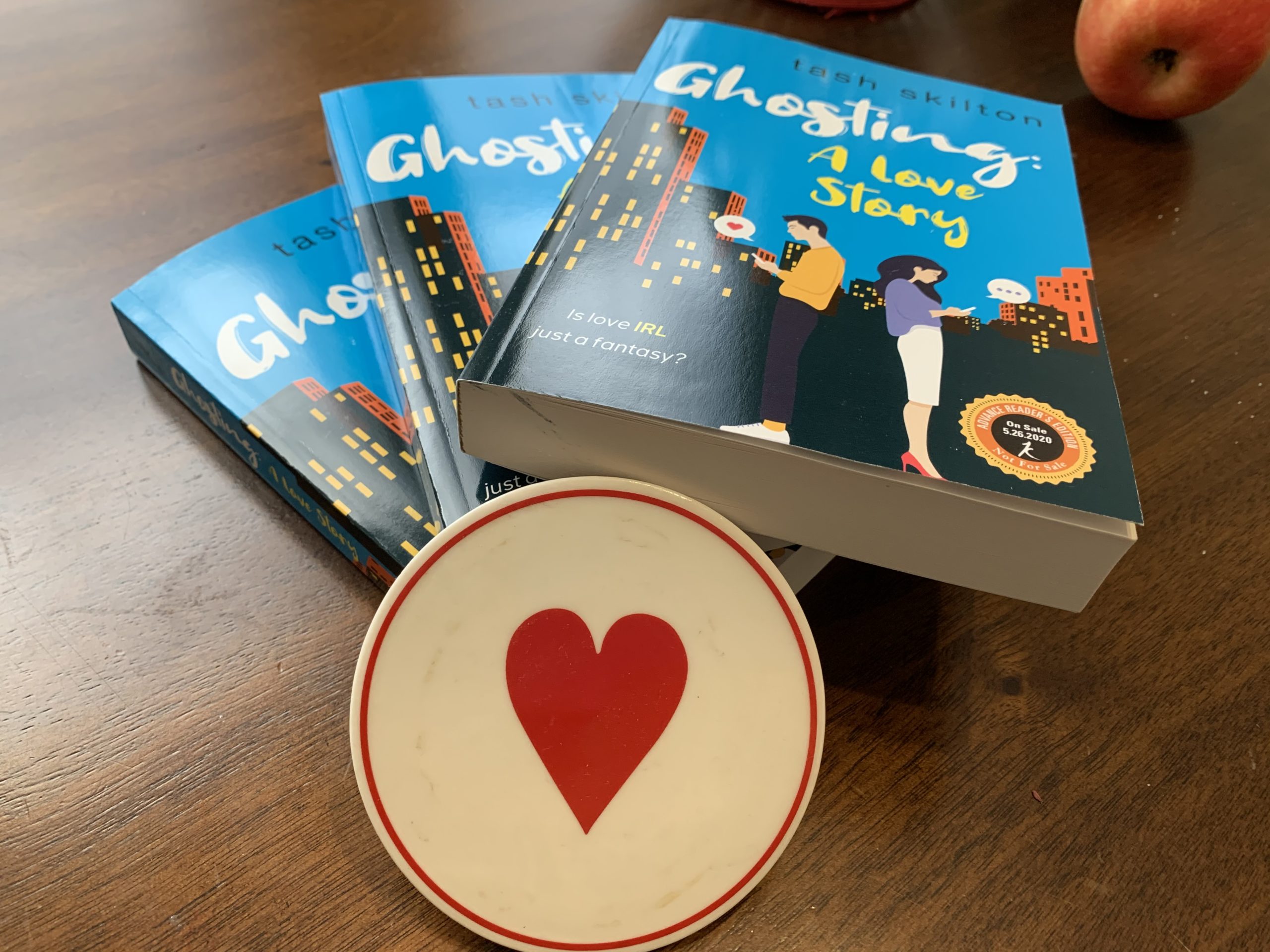 In Ghosting: A Love Story, New York City native Miles Ibrahim is a major advocate for the beauty and glamour of New York, a place that that his rival—and California transplant—Zoey Abot can only see for its anxiety-inducing noise, dirt, and overcrowding. Miles and Zoey are both dating profile ghostwriters who, unbeknownst to either of them, end up flirting with each other online on behalf of their two clients.

At one point in the story, Miles has his client (handsome, Scottish Jude) record a walking tour of New York City as a way to woo Zoey’s client, free-spirited Bree. As Miles puts it: “In New York City, every neighborhood, every single one, has its own vibe, something about it that’s unlike any other neighborhood.”

Here, then, are some of Miles’s favorite places to go should you ever find yourself wandering the Greatest Place on Earth, a.k.a. New York:

Miles’s number one attraction is a one-and-a-half-mile elevated park that runs on the West Side of Manhattan, which was transformed from an old railway into a public park in the early 2000s, officially opening in 2009. The High Line is known for its stunning views, its inspired landscaping, and its rotating and eclectic art installations. A favorite part of the park for Miles (and eventually Zoey) are the Pershing Square Beams, where they scooped out the concrete deck so that you can see and walk on the original steel beams and frames.

Head into Brooklyn for one of the most stunning views of Manhattan there is. This wide, pedestrian-only pathway is built right next to the water, with such postcard-perfect sights as the Brooklyn Bridge, the Empire State Building, and the Statue of Liberty spread out right before you. You’re also just a hop, skip, and a jump away from the vibrant Brooklyn Bridge Park with its unique playgrounds, tasty restaurants (Fornino, anyone?), ferries to Governors Island, and even a beach. The Promenade was even listed as one of the Top 10 Romantic Places in New York City by TripSavvy. Do Zoey and Miles take advantage of that distinction? You’ll have to read Ghosting to find out!

As long as you’re in Brooklyn, you might as well take advantage of one the borough’s other greatest gems: the Brooklyn Botanic Gardens. This 52-acre oasis in the heart of the city is the perfect place for a serene stroll through gorgeous rose-covered paths, a Shakespeare-inspired garden, or a bonsai museum. In April, the bursting pink blossoms of the cherry trees on the Cherry Esplanade are a sight to behold. The Gardens are a popular place for romantic strolls, proposals, and weddings…as Miles finds out in Ghosting.

Back in Manhattan, this Upper West Side park might best be known for its central role in the final scenes of You’ve Got Mail (at least, that’s where rom-com loving Miles knows it best from!). Miles takes quite a few jogs through here, overlooking the Hudson River past marble tombs dedicated to legendary war generals and beneath even more cherry blossom trees if you happen to catch it at just the right time.

Miles and Zoey spend most of Ghosting in downtown Manhattan, specifically bickering over biscotti and the “only good table” at a (fictional) café on Avenue A. Ever since being the epicenter of the 1960s counterculture movement, associated with everything from Simon and Garfunkel to the launching the gay rights movement at the Stonewall Inn, the Village has never lost its cool factor or its ability to lure young artists with its vibrant history, unsurpassed character, and amazing dining and nightlife options. Get lost in the beautiful, cobblestoned maze that is the West Village where you can also catch some avant-garde theater at one of its cozy Off-Broadway venues. Satisfy your sense of culinary adventure with a pub crawl or restaurant hop in the East Village. Or, like Miles, take a head-clearing mini jog around Tompkins Square Park, soaking in the history of an area that has inspired everything from the musical Rent to trailblazing graffiti artists like Keith Haring and Jean-Michel Basquiat.

LEAVE IT TO THE EXPERTS—TO BREAK ALL THE RULES

Dumped by his fiancée, not only is Miles couch-surfing across New York City, but downsizing has forced him to set up shop at a café. Also, he no longer believes in love. Not a good look in his line of work . . .

Do not present a “perfect” image. No one will trust it. Nor should they.

Zoey’s eccentric L.A. boss sent her packing to New York to “grow.” But beneath her chill Cali demeanor, Zoey’s terrified to venture beyond the café across the street . . .

Think of your quirks—such as cosplaying B-movies from the 1980s—as a “Future Honesty.” Save these as a reward only for those who prove worthy.

The only thing Miles and Zoey share is their daily battle for Café Crudite’s last day-old biscotti. They don’t know they’re both ghostwriting “authentic” client profiles for rival online dating services. Nope, they have absolutely nothing in common. . . . Until they meet
anonymously online, texting on the clock . . .

Soon, with their clients headed for dating disaster, both Miles and Zoey’s jobs are at stake. And once they find out their lines have crossed, will their love connection be the real thing—or vanish into the ether?. . .