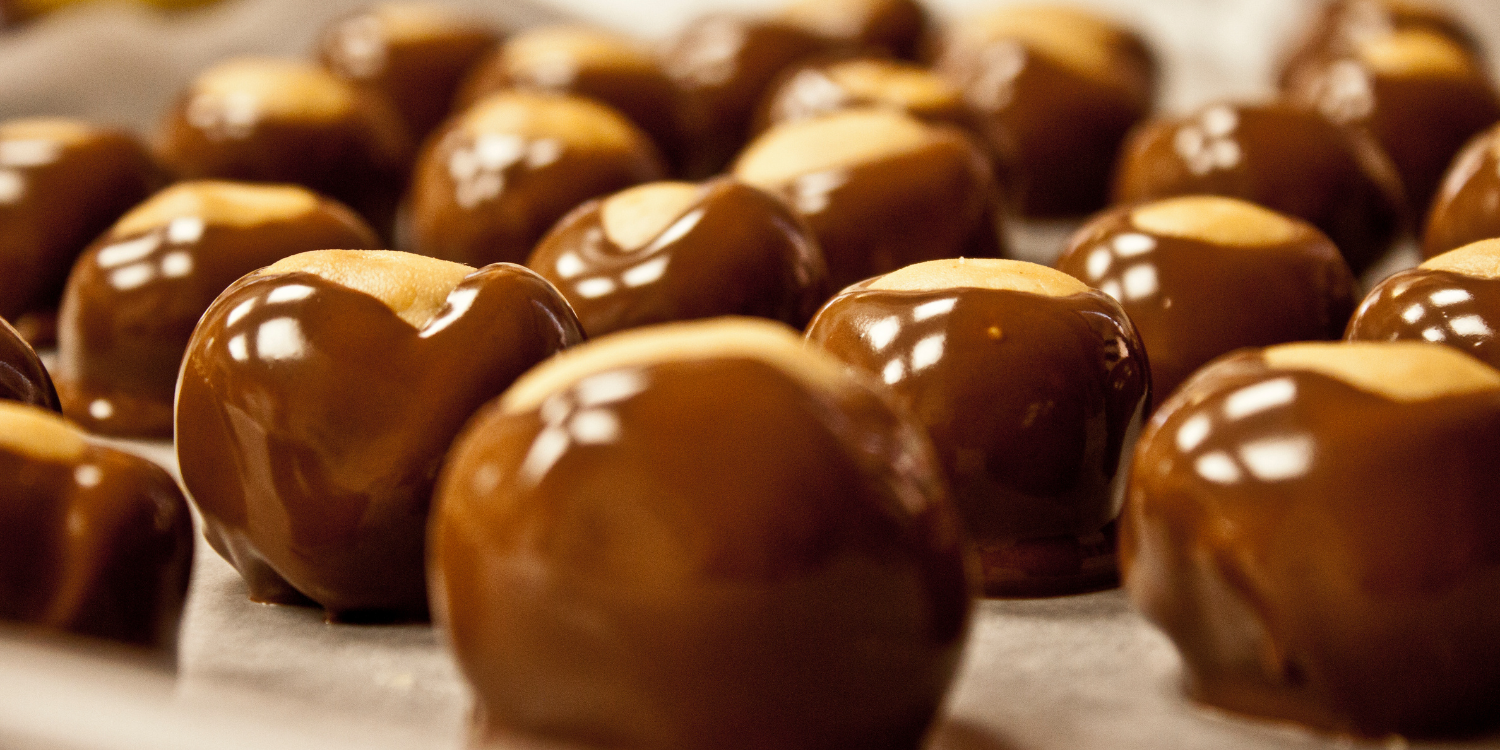 I when I started writing the Amish Candy Shop Mysteries that one day I would write a mystery featuring peanut butter. Peanut butter is one of my favorite flavors. But I didn’t only want to write about peanut butter because I love it. I also wanted to write about it because the series is set in Ohio, and there is no better known Ohio candy than buckeyes. These peanut butter and chocolate balls are sold all over the state and often made for Thanksgiving, Christmas, and of course football season in honor of the Ohio State Buckeyes. I’m so happy that I was finally worked them into the series and was able to share the Ohio treat my readers. Enjoy Maami’s recipe. It’s super easy!

In the seventh of fan-favorite Amanda Flower’s USA Today bestselling Amish Candy Shop Mysteries, Thanksgiving has come to Harvest, Ohio. But between whipping up hundreds of delicious treats for the village festivities, dealing with boyfriend issues, and investigating a suspicious death-by-peanut allergy, chocolatier Bailey King won’t have much time to count her blessings!

Thanksgiving is Bailey King’s busiest holiday weekend. This year promises to be even more hectic, since Bailey’s candy shop, Swissmen Sweets, is providing desserts for Harvest, Ohio’s first village-wide Thanksgiving celebration. Yet, even with a guest list close to seven hundred people—Amish and English alike—the event’s organizer, Margot Rawlings, is unfazed . . . until she discovers her mother, former judge Zara Bevan, will be in attendance.

Zara’s reputation as a harsh critic is matched only by her infamy as a judge who has actively harmed the Amish community. So no one is prepared when Zara arrives with much younger boyfriend Blaze Smith and reveals their impending nuptials at dinner. That should have been the day’s biggest news, except shortly after the announcement, Blaze suffers an allergic reaction to something he’s eaten and dies on the spot.

Now, Bailey’s desserts are prime suspects, along with Margot and nearly everyone who attended the meal. With such a cornucopia of possibilities, Bailey must dig in and get to the bottom of this murder, before the killer goes up for seconds…