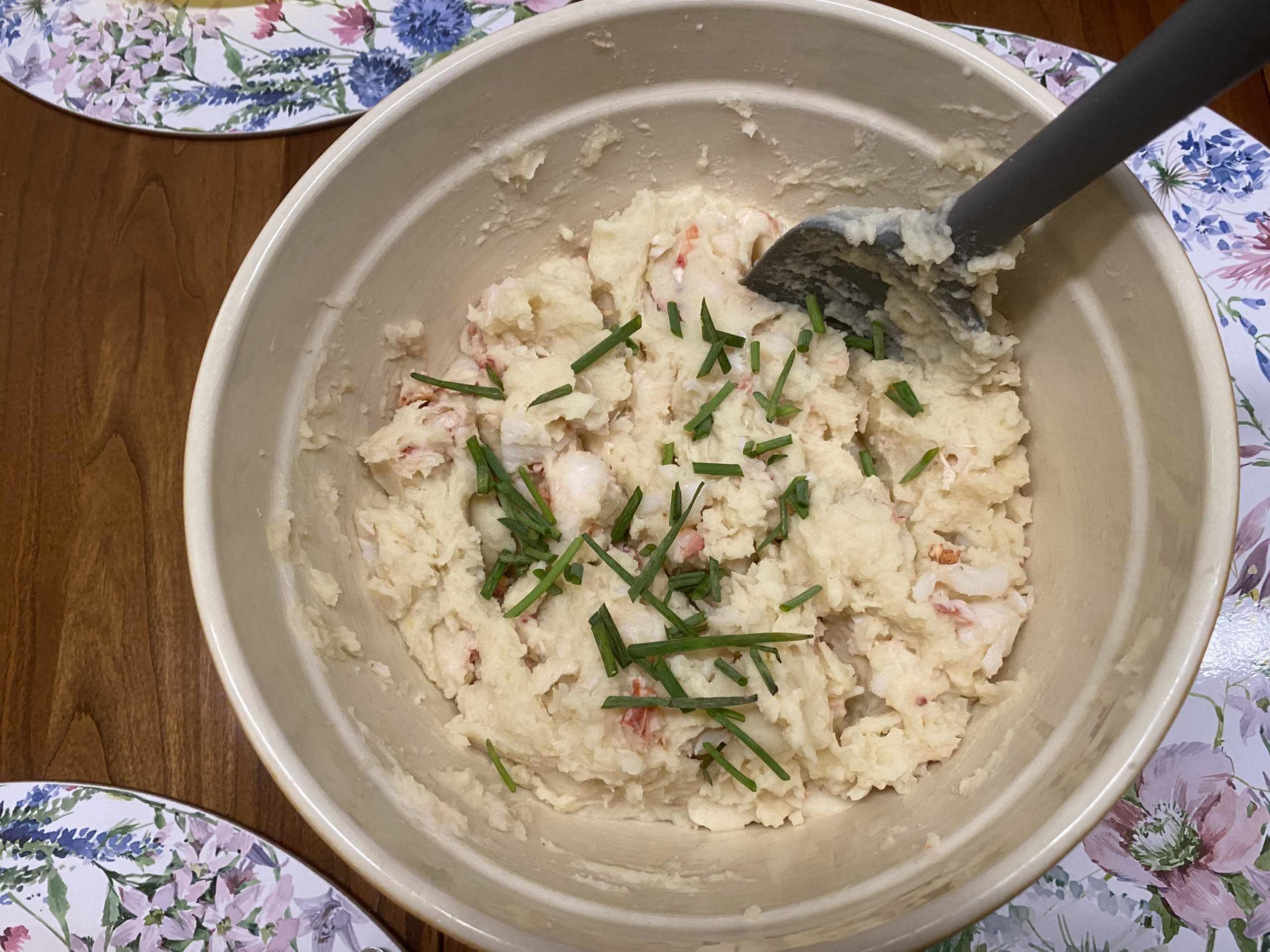 Even though Shucked Apart is the Maine Clambake Mystery about oyster farming, every book in the series contains at least one lobster recipe. I thought lobster mashed potatoes might appeal to Between the Chapters readers. In the book, they were served as an appetizer in a martini glass, garnished with a green olive. They can also be served as side dish.

In the ninth installment of the award-winning Maine Clambake Mystery series, Julia Snowden and the Snowden Family Clambake Company return for another case of mystery and murder in Maine–this time, Julia must uncover the murderer of an oyster farmer.

When oyster farmer Andie Greatorex is robbed of a bucket of oyster seed worth $35,000, she comes to Julia Snowden for help. Who wants to sink Andie’s successful business? Is it a rival oyster farmer, an ex-employee, a neighbor who objects to the oyster cages floating on the beautiful Damariscotta River, a lobsterman who feels pushed out by the farm leases, or someone from Andie’s personal life?

Then Andie turns up dead, floating by her dock in the SCUBA gear she wears when harvesting her oysters. Julia’s head start puts her in a perfect position to help her friends in the Maine State police major crimes unit with the investigation. But can Julia make sure the right suspect gets sent up the river before she ends up in a watery grave?