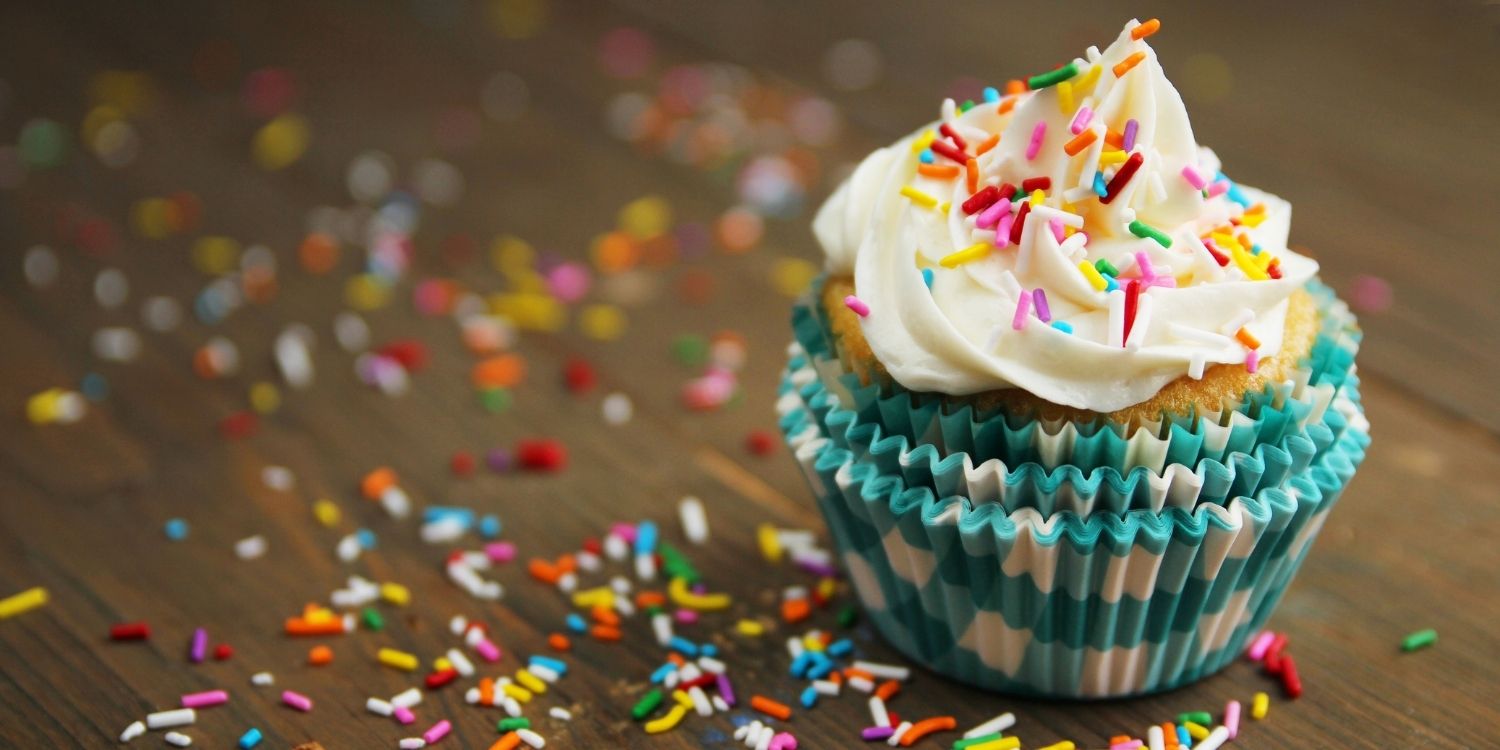 In A Letter to Three Witches, three witch cousins—Gwen, Milo, and Trudy—meet regularly at the house of Trudy, owner of Enchanted Cupcakes, a cupcake business she runs out of her home. Sometimes the trio plays board games, sometimes they just meet to have a long chat—often accompanied by a cocktail. But no matter what else is going on with the group, one thing is constant: cupcakes.

Trudy enjoys inviting her cousins over to sample her latest flavor creations, like Strawberry Bliss and Lusty Lemon. Baking is her creative outlet—her own special, safe alchemy. Because of an ancestor’s blunder, the cousins have spent their lives forbidden from actually practicing witchcraft—and the penalties for defying the ban are harsh. For decades, the cousins have been able to abide by the no-witchcraft edict…more or less. When Trudy’s cupcakes start showing signs of being really enchanted, however, it’s clear that some genuine magic is afoot. Trudy and her cousins could be in some serious trouble if it’s discovered that people are really blissing out on strawberry cupcakes. And as for the Lusty Lemon…

Confession time: the cupcake coven is a little bit of wish fulfillment on my part. Yes, I’m a sucker for cupcakes—or for anything made primarily of dough and sugar. But while I was writing A Letter to Three Witches, the Covid pandemic was raging and the world was locked down. During those months, I so wanted to be able to run over to socialize with friends over cupcakes and cocktails. It was a joy to at least give my fictional characters this close-knit group, as well a little magic to fall back on.

These vanilla cupcakes are perfect for adding your own magical twist to—sprinkles, coconut, food coloring, chocolate shavings… Use your own alchemy!

Bewitched meets Practical Magic in this bubbly, quirky romantic comedy with an enchanted twist from acclaimed author Elizabeth Bass. When romance problems cause their powers to go berserk, a trio of witches whose family was banned from practicing magic risk getting in serious trouble with the Grand Council of Witches. Can they get their magic—and their love lives—in order before it’s too late?

“An enchanting paranormal rom-com…Fans of Practical Magic will be delighted.” —Publishers Weekly

Nearly a century ago, Gwen Engel’s great-great-grandfather cast a spell with catastrophic side-effects. As a result, the Grand Council of Witches forbade his descendants from practicing witchcraft. The Council even planted anonymous snitches called Watchers in the community to report any errant spellcasting…

Yet magic may still be alive and not so well in Zenobia. Gwen and her cousins, Trudy and Milo, receive a letter from Gwen’s adopted sister, Tannith, informing them that she’s bewitched one of their partners and will run away with him at the end of the week. While Gwen frets about whether to trust her scientist boyfriend, currently out of town on a beetle-studying trip, she’s worried that local grad student Jeremy is secretly a Watcher doing his own research.

Cousin Trudy is so stressed that she accidentally enchants her cupcakes, creating havoc among her bakery customers—and in her marriage. Perhaps it’s time the family took back control and figured out how to harness their powers. How else can Gwen decide whether her growing feelings for Jeremy are real—or the result of too many of Trudy’s cupcakes?