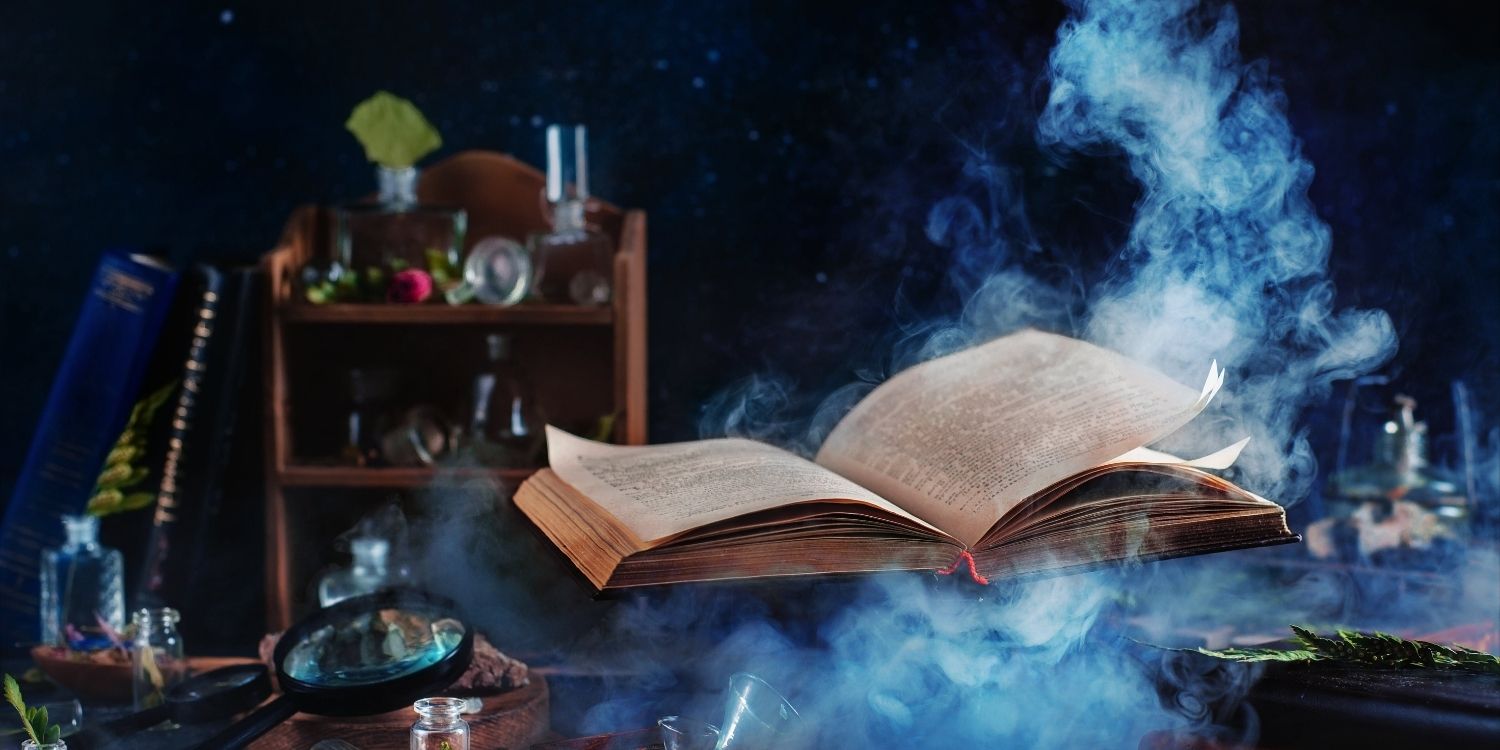 “If wishes were horses, beggars would ride” was one of my favorite sayings I heard when I was young. It was supposed to be a rebuke for spending too much time daydreaming or pining for something unattainable, but that vision of a beggar on horseback made me more inclined to spin castles in the air. Not that I needed encouragement in the woolgathering department.

One of the best parts of fiction writing is that it allows an author to live vicariously through her characters. I enjoy putting characters into tough situations and seeing them to a happier resolution than perhaps they’d find in ordinary life. Adding an element of magic in a story allows us to imagine life through a prism of different possibilities: obstacles removed, wrongs righted…and the occasional hex on someone who really deserves it.

In A Letter to Three Witches, my protagonist, Gwen, and her two cousins Milo and Trudy have suppressed their witch powers for so long that magic starts bubbling out of them in startling, unpredictable ways. Getting control of their inner witch requires trial and error—lots of error!

Writing about witches is so much fun—the ability to use magic to solve problems is very appealing to me. There are many aspects of my life that would be improved by a little magic, including:

I always envied the way Samantha Stevens in Bewitched could twitch her nose and get that housework done by the time Darren walked in the door from work. I’d love to have the hours back that are spent washing dishes and vacuuming. My real life solution is to listen to audiobooks, which do magically make tasks go by faster.

I’d really appreciate a magical power that could transport me from one place to another without spending days in airports, coach seats, and rental cars. It would be so great to snap my fingers and find myself visiting with friends or family in another city, or vacationing in some exotic locale.

Oh, is it April 14th already? No problem! With a wave of the wand, those tax forms fill themselves out.

Okay, this one is a little more serious, but who wouldn’t love to have the power to heal at their fingertips? Wake up with a sore back? Gone. Pesky allergies? Poof! A cure for cancer? At your service! Alleviating suffering is one of the greatest gifts there is, which is why doctors and nurses are heroes in my book, and sometimes real-life alchemists, trying to figure out what effects on the body various treatments will have.

I would love the ability to jump back in time—just for a little while—and see the world as it really was in previous eras. Hearing great musicians from the past, or seeing what a play performance was really like in Shakespeare’s day would be a dream come true. I have some time-hopping in my next book, and I’ve also enjoyed imagining the mental challenges dealing with a different era would present.

What about you? If you could have a magic power, what would it be?  Is there anyplace you’d like to be if you could snap your fingers and get there?

Bewitched meets Practical Magic in this bubbly, quirky romantic comedy with an enchanted twist from acclaimed author Elizabeth Bass. When romance problems cause their powers to go berserk, a trio of witches whose family was banned from practicing magic risk getting in serious trouble with the Grand Council of Witches. Can they get their magic—and their love lives—in order before it’s too late?

“An enchanting paranormal rom-com…Fans of Practical Magic will be delighted.” —Publishers Weekly

In the sleepy college town of Zenobia, New York, the only supernatural trace on display is the name of Gwen Engel’s business—Abracadabra Odd Job Service. But Gwen’s family has some unusual abilities they’ve been keeping under wraps—until one little letter spells big trouble…

Nearly a century ago, Gwen Engel’s great-great-grandfather cast a spell with catastrophic side-effects. As a result, the Grand Council of Witches forbade his descendants from practicing witchcraft. The Council even planted anonymous snitches called Watchers in the community to report any errant spellcasting…

Yet magic may still be alive and not so well in Zenobia. Gwen and her cousins, Trudy and Milo, receive a letter from Gwen’s adopted sister, Tannith, informing them that she’s bewitched one of their partners and will run away with him at the end of the week. While Gwen frets about whether to trust her scientist boyfriend, currently out of town on a beetle-studying trip, she’s worried that local grad student Jeremy is secretly a Watcher doing his own research.

Cousin Trudy is so stressed that she accidentally enchants her cupcakes, creating havoc among her bakery customers—and in her marriage. Perhaps it’s time the family took back control and figured out how to harness their powers. How else can Gwen decide whether her growing feelings for Jeremy are real—or the result of too many of Trudy’s cupcakes?