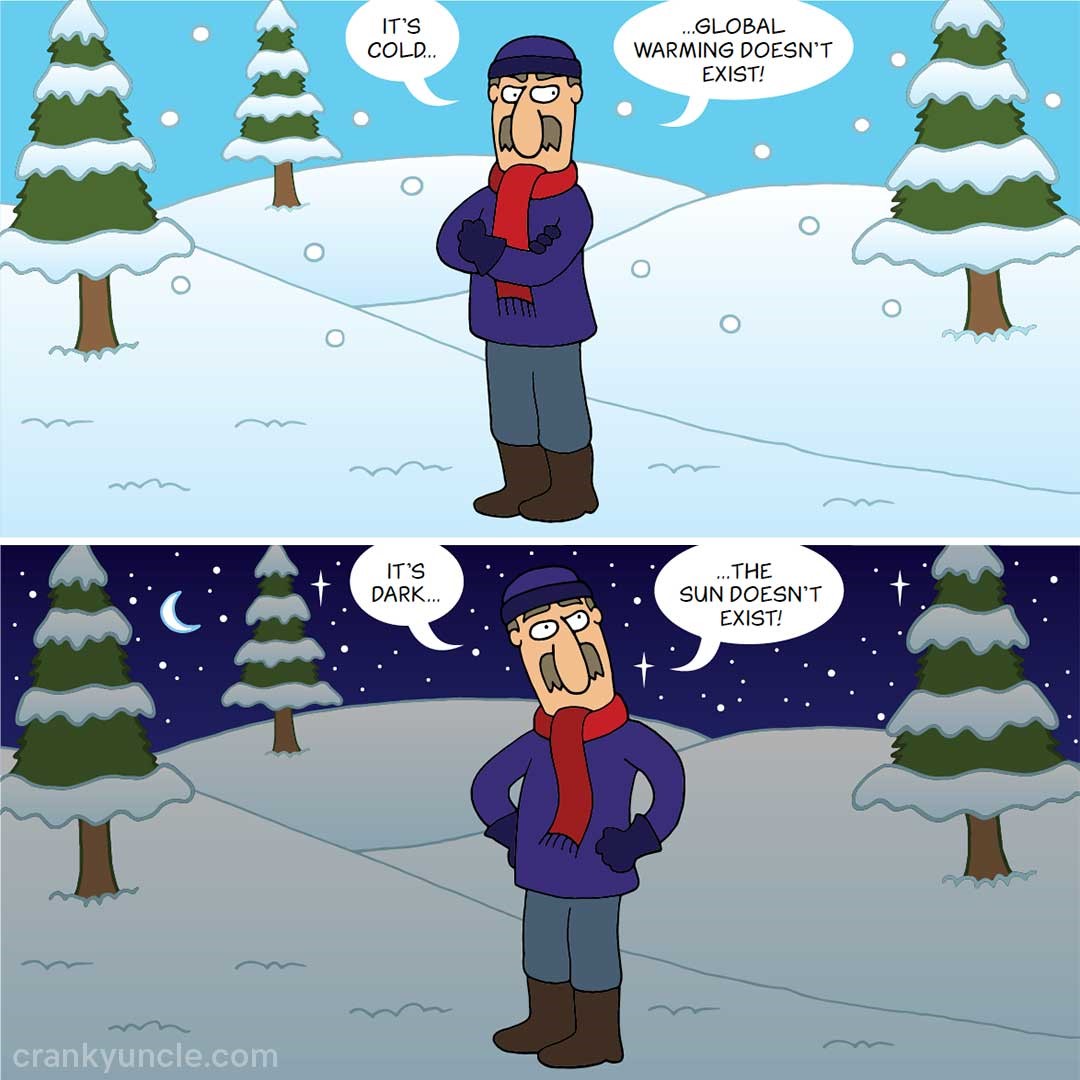 For most of my life, I feel like I’ve been living in two separate worlds.

After high school, I spent four years studying physics at university. While I loved the research and am deeply passionate about science, I confess the margins of my lecture notes were littered with doodles and cartoons. I had a creative streak that refused to be contained.

After graduation, I took the leash off my creativity, making an abrupt career change into cartooning. For a decade, I drew comic strips and single panel cartoons, publishing in newspapers all over Australia. I had found another career that I was deeply passionate about, drawing about beloved topics such as science fiction, the university experience, and my toddler daughter.

However, science had a way of pulling me back into the fold. The catalyzing moment was an argument about climate change with a family member who didn’t accept that humans were causing climate change. Anticipating another “vigorous discussion” at the next family get-together, I started compiling a list of climate denial arguments and the scientific response to each myth. Apparently I’m a bit competitive when it comes to family arguments and didn’t want to leave anything to chance!

Eventually I realized I wasn’t the only person with a climate denying cranky uncle so in 2007, I launched the website SkepticalScience.com, an encyclopedic collection of debunkings of climate misinformation. While my day job was cartooning, I was doing science in my spare time. 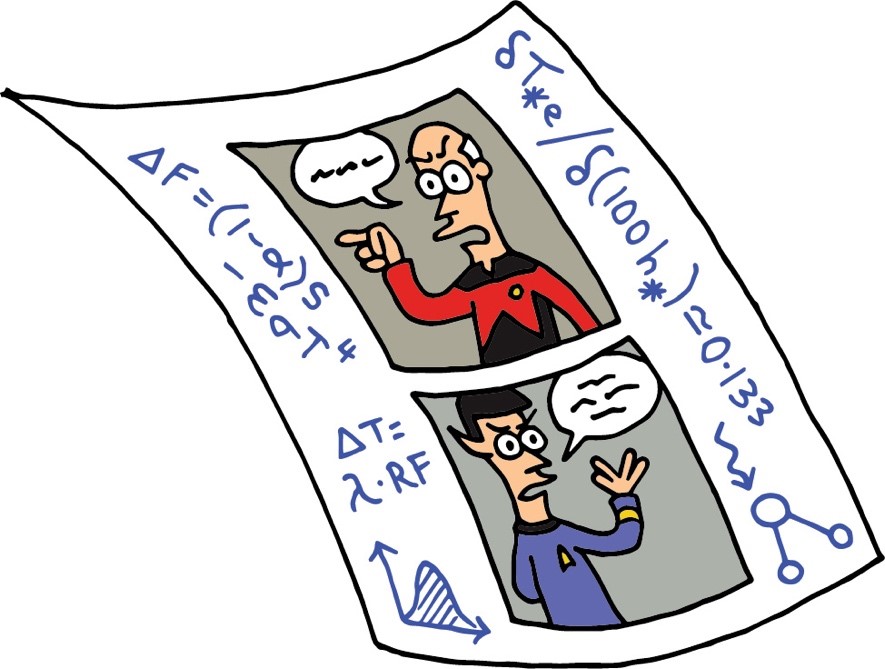 The website grew and grew, winning awards and developing into an iPhone app. Over time, it gradually consumed more of my life. A life-changing moment came when I received an email from a cognitive scientist, alerting me to psychological research into how to debunk misinformation. This opened my eyes to the science of science communication and I eagerly dove into the scientific research into debunking misinformation.

This led to a PhD in cognitive science, researching how to fight fake news. After five years of painstaking research, I found the answer to misinformation: inoculation. The way to stop misinformation from spreading is to expose people to a weak form of misinformation. By explaining the techniques used to mislead, people develop immunity so that misinformation no longer misleads.

After my PhD, I turned to the question of how to put this research into practice. What’s the best way to explain the misleading techniques of misinformation? Working with two critical thinking philosophers, I learnt the powerful approach of parallel arguments—taking flawed logic and transplanting it into an absurd situation to make the fallacy more obvious. I realized that cartoons were the perfect delivery mechanism for parallel arguments. This was my Dorothy moment—it turns out I had the answer to misinformation all along!

This insight inspired me to start a book using cartoons and parallel arguments to explain the techniques of climate denial in humorous, engaging ways. I exploited all the techniques that cartoons offered for science communicators. Satire is a potent way of puncturing some of the ridiculous positions of science denial. Comic narratives are a powerful way to package information, as our memories exist in the form of stories. Anthropomorphism lets you take abstract natural phenomenon—like climate change—and give it character. It’s one way of helping readers care about things that they otherwise have trouble relating to.

When I began writing Cranky Uncle vs. Climate Change, I find that I had to constantly transition from scientist, summarizing the science of climate change, to cartoonist, writing jokes and drawing sketches that illustrated the science in funny, engaging ways. Having to make frequent “mental gear changes” was a big shock to the system. The two methods of creation use entirely different muscles, and having to jump from one mode to another and back again—over and over hundreds of times—could be disorientating!

In the end, flicking through the finished book with the two approaches seamlessly combined, it’s easy to forget how challenging the writing process was at the time. Each page was built on a decade of critical thinking and psychological research, but science can only take you so far. Art, creativity, and humor add an element that science can’t provide.

Ultimately, writing Cranky Uncle vs. Climate Change helped me bring together the two worlds I’ve been living in. It taught me that science is necessary but insufficient—science is even more powerful when allied with art and humor. 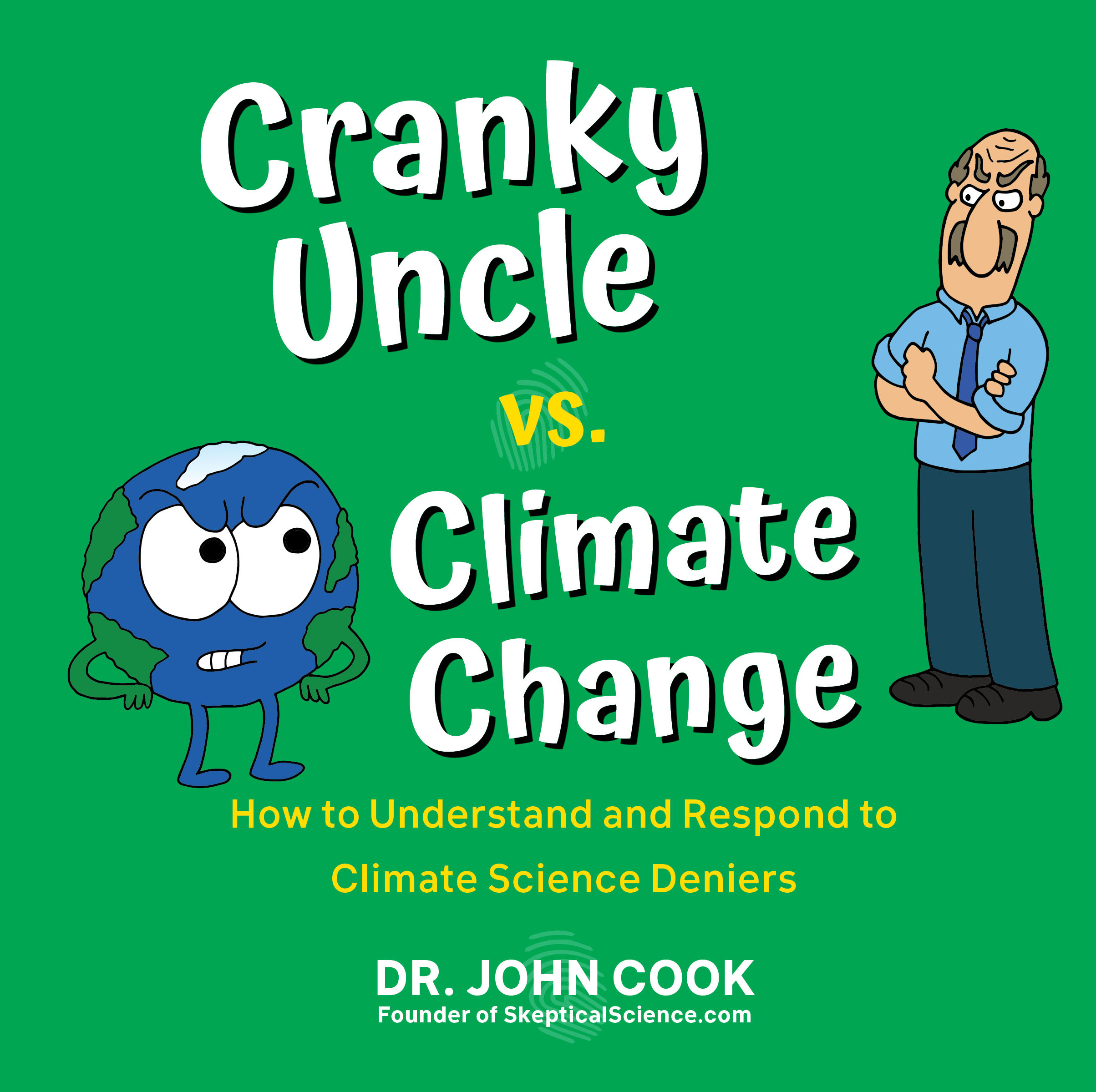 Who is right on climate change? The world’s scientific experts? Or your cranky uncle?

97% of climate scientists agree that humans are causing global warming. Unfortunately, many of us have a cranky uncle who thinks he knows better—and is willing to set us straight.

(Spoiler Alert: The scientists are right.)