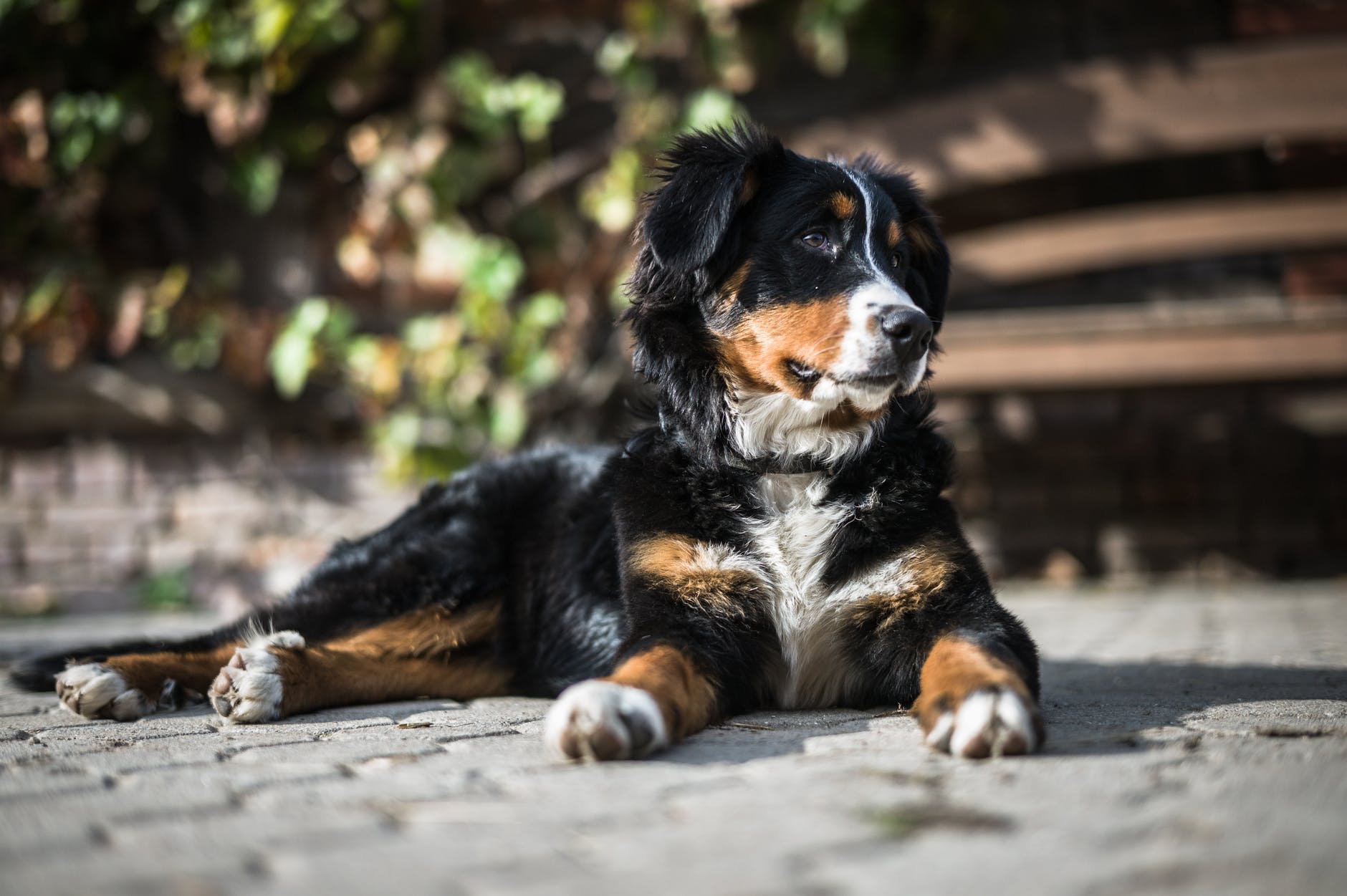 When Melissa and Corey Gaskill divorced in Austin, Texas, she kept Max, their pit bull mix, and Corey took their Labrador retriever, Keeper.  Moved alone to a new house, Max suddenly trembled in storms, and after Keeper’s visits, he stood at the door and whimpered because he missed her.  “If I left him alone, he’d stay glued to me when I came home,” Melissa says.  Then he’d have accidents, which she believed begged her, “Please, don’t leave me again!”

Max’s response to the breakup is not unusual. Since half of U.S. marriages end in divorce and forty percent of cohabiting couples split up within five years, millions of dogs experience Max’s anxiety, insecurity, and depression.  But you can minimize the loss and grief.  Here’s how:

** Avoid fighting in front of your dog.  In a process called “attunement,” he can pick up your feelings and get in sync with them.  If you’re upset, your dog could be, too.  To air grievances, go outside, or put him into another room.

** Try to alter your dog’s routine as little as possible.  If you have to make changes, introduce them slowly.  If you move your dog to a new location, remember that she needs time to adjust and feel secure.

** If your dog stops eating or shows extreme changes in behavior, take him to your vet.  Make sure nothing serious is wrong.

** Spend extra time. Throw balls to your dog and take her for walks.  Play with her.  Soothing talk can help.

** Keep in mind that your dog may miss your ex, so arrange for visits.  When you’re all together, try to get along.

** If you and your ex have split up two or more dogs, allow them to see each other as often as possible.  They may be lonely for their friend.

** Most important, before you and your partner adopt a dog together, plan for a possible breakup in a prenuptial or other agreement.  Decide who would take the dog and what arrangements would be made for visits, expenses, and care.  Even if you feel you’ve found the perfect partner, a plan for the unexpected can prevent future problems — for you and for your dog.

“Von Kreisler takes us deeper into the powerful connections between humans and animals.” —Jacqueline Sheehan

From the bestselling author of Earnest and An Unexpected Grace comes a novel about a woman, a dog, and the hope and love that can emerge from tragedy . . .

Two years ago, police officer Andrea Brady fell madly in love with a black-muzzled, slightly rumpled German shepherd who showed up at her house one misty autumn day. Now, with the brave and intuitive Justice as her expert K-9 drug sniffer, she’s found an unbeatable partner. Then the unthinkable happens. A savage attack leaves a teenager dead and Andie trapped in every cop’s worst nightmare. Placed on administrative leave, she’s pursued by media and investigated by a deputy sheriff whose handling of the high-profile case could earn him a

coveted promotion. Haunted by self-doubt, Andie is in danger of losing everything—her career, her freedom, and the critically injured dog who’s her soul mate. But as she finds kind allies in her Puget Sound island community, the road back becomes a journey of healing for both Andie and her canine companion. And Andie learns important lessons about justice—and about Justice—as she struggles to find the courage to forgive herself and reclaim the gift of her life. . .

“Be sure to set aside a quiet secluded time to read this book. You won’t want to put it down and you will resent any interruption. Von Kreisler safely navigates the treacherous waters of guilt, fault, consequences, honor and blame. Her compelling characters will have you rooting for them. In Andrea and Tom, Von Kreisler has given us wonderful, complicated human characters, and Justice, the canine of the title, is so perfectly drawn that the reader falls in love with him. A Healing Justice is a terrific novel and a great addition to Von Kreisler’s canon.” –Susan Wilson New York Times Bestselling Author of One Good Dog and The Dog Who Saved Me

“Policewoman Andrea Brady is living a contented life until a shocking encounter on the job leads to an inexplicable tragedy. As she struggles to cope with the traumatic aftermath, her greatest source of comfort is the gift of love and devotion from her beloved police dog, a regal German shepherd named Justice. Kristin von Kreisler is spot-on delightful when she writes, with uncanny sensitivity, from the point of view of Justice, who is not “just” a dog but a fully realized character whose resilience provides inspiration to his despairing human when she needs it most. A Healing Justice demonstrates why dogs are, and always will be, man’s (and woman’s) best friend.” – Amy Hill Hearth New York Times Bestselling Author of Having Our Say

“Kristin Von Kreisler writes masterfully about the connection between a police officer and her dog in this gripping story of heartbreak and redemption.” –Helen Brown New York Times Bestselling Author of Cleo and Bono

“When a book as wonderful as A Healing Justice brings tears to my eyes, and warms my heart I know I have a ‘keeper’ in hand. A Healing Justice is that kind of book. I have no doubt that I will read this book again and again because I personally experienced how a dog’s love and devotion can see you through the darkest days of your life.” –#1 New York Times bestselling author Fern Michaels

Praise for the novels of Kristin von Kreisler

“In this terrific and uplifting novel, von Kreisler shows how the love between a dog and a person can prove transformative.” —Modern Dog Magazine