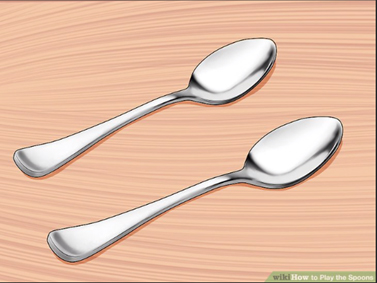 “I’m the fastest spoon player in the world.” That’s the first thing Johnny “Bongos” Horgan said to me when we connected by phone. A Mallow man, (County Cork, Ireland) he’s been playing the spoons since he was a child. His father was a drummer, his mother a dancer, and his Uncle played the spoons, so for sure it was already in his genes. But it wasn’t until he was a young lad laid up from a car accident, that he really started practicing his craft. “Buckets, the railing of my hospital bed, table-tops, I started drumming on everything I could find,” Johnny said to me. There was nothing else to do—six months of healing from injuries didn’t leave him much choice. And the folks of Ireland have benefited ever since. “I work hard at it,” Johnny stressed several times during our interview. “I’ve even studied Michael Flatley’s footwork so I can imitate his rhythms with the spoons. I still practice. All the time.” He plays seven nights a week both locally and around the U.K. and also teaches others to play. He’s been on Irelands Got Talent, but not the Late Late Show— so if any dear readers have any television connections, why he’d be happy to appear.

Unless you’ve traveled to the Emerald Isle, or other parts of the U.K., maybe you’ve never met anyone who played the spoons or even knew such a thing existed. It wasn’t until I saw a musician in Dublin who brought the rhythm of Stomp alive with a simple pair of spoons, that I took it seriously. I was flabbergasted and immediately hooked. I’ve never done anything with a spoon beyond use it to eat and accidentally drop it on the floor. This man’s entire body morphed into a sounding board as he worked those spoons up and down like magic.

I know what you’re thinking. “When did someone think of using a spoon to do anything other than eat soup or ice cream?” Well, a long time ago, that’s when. Ancient Egyptians, Greeks, and Romans played the spoons, and cave drawings even reveal our prehistoric relatives dancing and playing curved blades. The spoons belong to the category of instruments called concussion idiophones and the early material was bone. The ribs of a sheep to be exact. “Playing the bones” meant using the convex sides of rib bones from sheep and giving them a good rattle.

Today there are different styles. Fire tongs, in which the spoons are already held together, back-to-back (no spooning there), salad-serving style, and castanets. If you want to hear all about the exact placement of fingers and such for each style, you might want to check Wikipedia. I’d rather just close my eyes and listen.

I had a few questions for Johnny “Bongos” (plays those too along with the drums)—I asked if when he was growing up his drove his mam crazy banging on things.

“Why the spoons?” I asked. “Why not a knife or a fork?” As one would expect of a drummer and spoon-player, he answered without missing a beat:

You can read more about Johnny Bongos Horgan on his Facebook page:

New Yorker Tara Meehan’s first trip to Galway may be her last . . .